Princess Eugenie shares never-before-seen pics of son: ‘A year that blessed us’

Britain’s Princess Eugenie kicked off the first day of 2022 with a look back at the year that came before it and a message about what it meant for her family.

From welcoming her first child to the world to saying goodbye to a royal patriarch, it’s a retrospective packed with sentiment — and a few never-before-seen glimpses of baby August.

“Happy New Year to all.. Goodbye 2021,” Queen Elizabeth’s granddaughter wrote in a post she shared on Instagram over the weekend. “A year that blessed us with our boy and saw our family grow with new additions but also a year that took some of our biggest and brightest lights. Forever in our hearts ♥️”

The 31-year-old gave birth to August Philip Hawke Brooksbank in February, and the little one appears five times in the carousel of photos that accompanied the message. In one image, he can be seen in the arms of his father, Jack Brooksbank, in another both mom and dad cradle him together and two other pics offer rare shots of August enjoying the outdoors from a baby carrier Eugenie uses to keep him close to her heart.

But the one that’s bound to catch the eye of royal watchers the most appears to be the first look from a private ceremony — August’s christening. 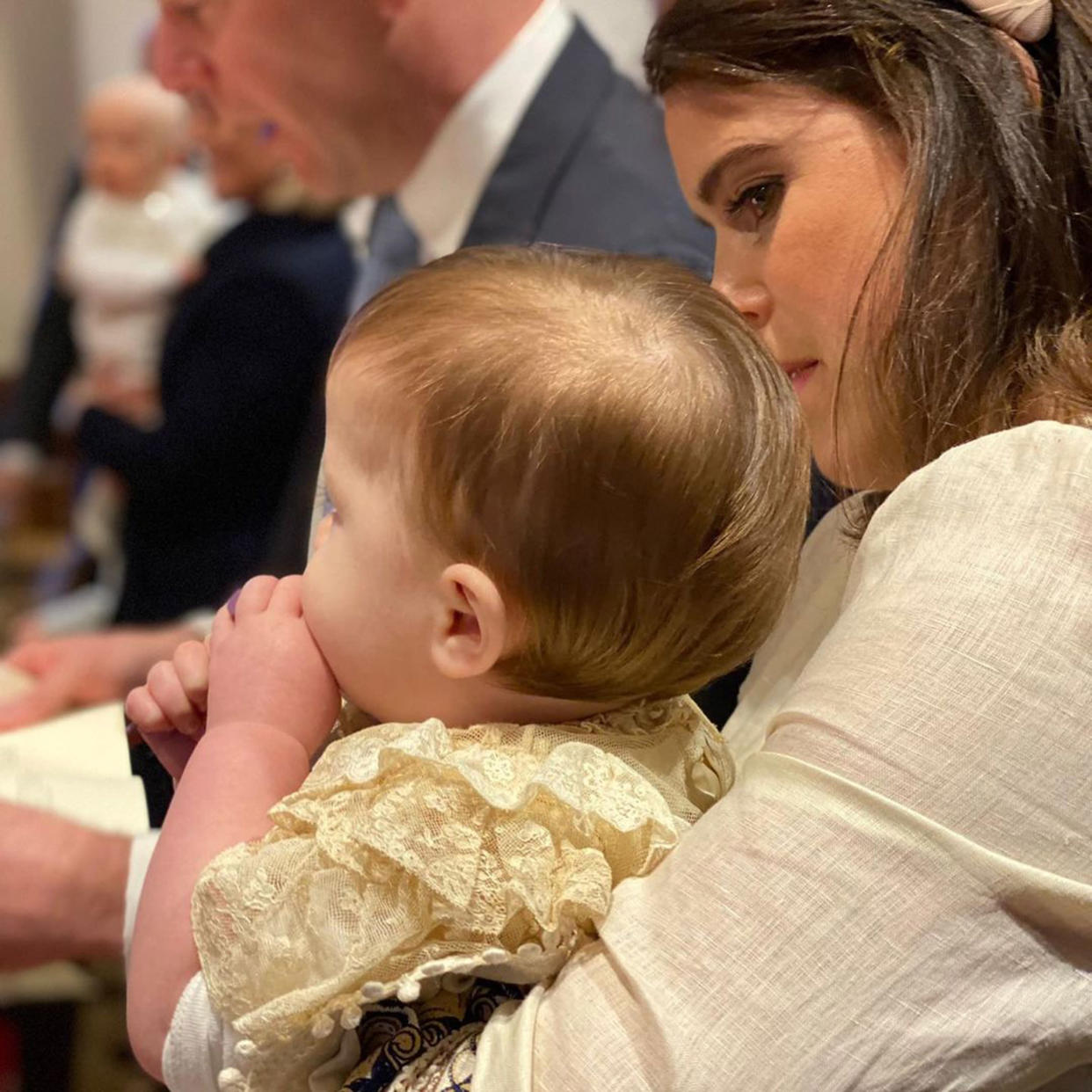 In November, the little one was christened at the Royal Chapel of All Saints in Windsor Great Park, alongside his cousin, Lucas, the son of another of the queen’s granddaughters, Zara Tindall. And while Eugenie didn’t mention the christening in her social media post, the photo seems to say it all.

In the sweet shot, August wears an ivory-colored gown that looks much like the Honiton lace one worn by so many royal babies before him, a replica of the royal christening robe first worn by Queen Victoria’s daughter in 1841.

While August’s christening must have been one of the highlights of the year for Eugenie, her post also mentioned that 2021 saw other lights dim, clearly a reference to her grandfather, Prince Philip, who is pictured alongside the queen in another photo the princess shared.

The 99-year-old, who’d been married to Queen Elizabeth for more than 73 years, died in April.