The RAF Voyager carrying the Duke and Duchess of Cambridge had to abandon its landing in Islamabad and return to Lahore due to terrible storms in Pakistan tonight.

The pilot tried to land twice at two different airports amid significant lightning and turbulence, but was forced to go back to Lahore Airport for safety reasons.

Prince William took the mid-air drama in his stride and walked down the Airbus A330 plane to check if everyone on board was OK – even joking that he was flying. 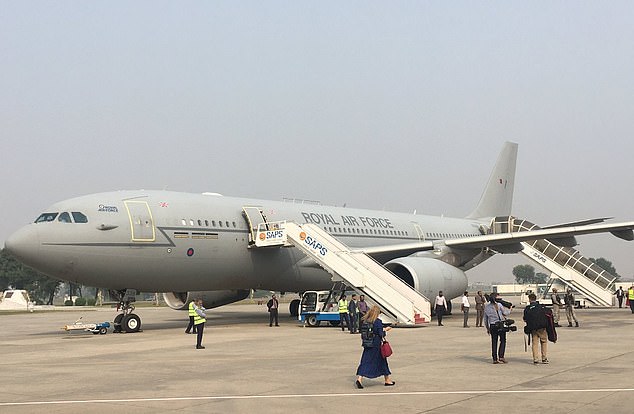 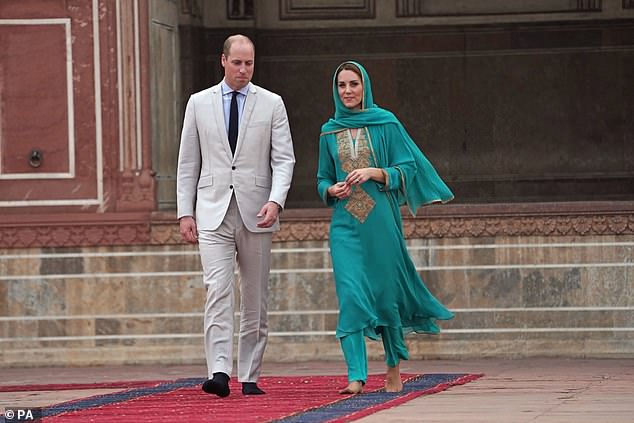 The RAF Voyager was in the air for more than two hours, with one passenger saying it was a ‘pretty serious storm’, describing the flight as a ‘rollercoaster’.

The flight from Lahore to Islamabad following a day of visits to a mosque, cancer hospital, cricket academy and children’s home was only meant to take 30 minutes.

But the plane was ten minutes from landing when it encountered significant storms, with passengers filming dramatic flashing through the windows.

The Voyager then circled for an hour before trying to land at two airports – the main airport in Islamabad and then the Pakistan Air Force Base Nur Khan, Rawalpindi. 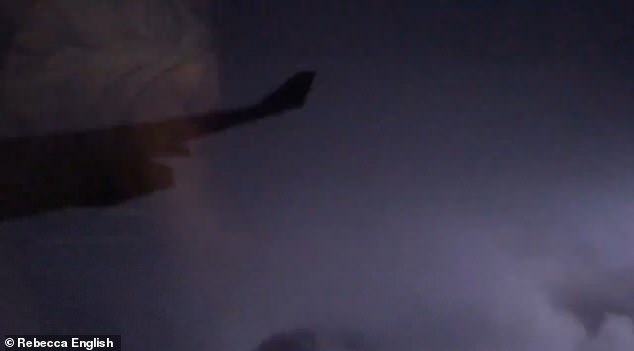 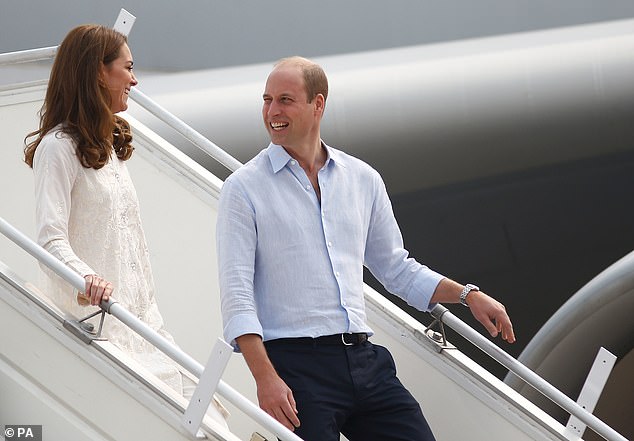 However, the turbulence became too much for the plane to land, with passengers being lifted off their seats and left feeling extremely travel sick.

William, who asked travelling media if they were OK following the landing back at Lahore, joked: ‘I was flying!’ The duke is a former air ambulance pilot.

The plane was left sitting on the runway at Lahore tonight, as officials wait to see if they will try again if the weather improves, or go to an emergency backup plan.

The Duke and Duchess of Cambridge have been flying around Pakistan each day on the British Government’s official Voyager aircraft, courtesy of the Royal Air Force. 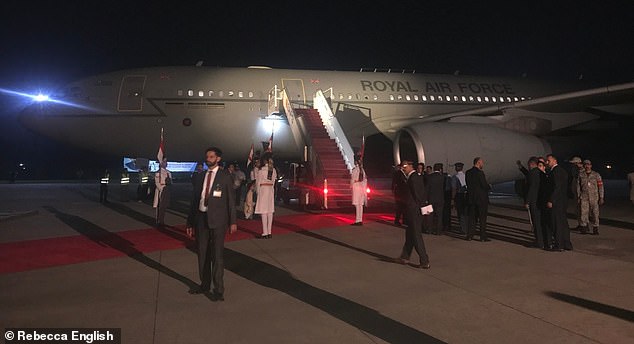 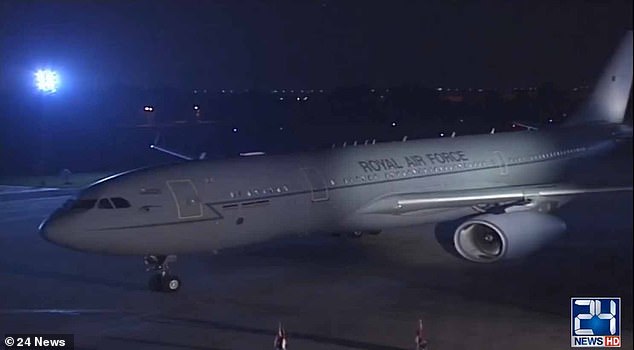 The Airbus A330, pictured on Monday night, has 58 business-class seats and 100 economy

The couple arrived in Islamabad on Monday evening at Pakistan Air Force Base Nur Khan, Rawalpindi, before flying to Chitral on Wednesday and Lahore today.

The Airbus A330 plane can in civilian configuration carry 335 passengers, although it is instead fitted with 58 business-class seats and 100 economy seats.

The plane was first unveiled in July 2016 when David Cameron was prime minister and nicknamed ‘Cam Force One’ after America’s presidential jet.

The aircraft is based at RAF Brize Norton in Oxfordshire and was refitted for £10million to provide transport for ministers and members of the Royal Family.