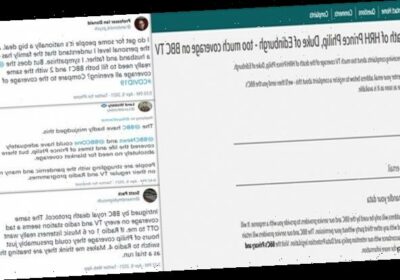 The BBC was tonight forced to create an online complaints form after it came under fire for providing ‘too much TV coverage’ of news of the Duke of Edinburgh’s death today aged 99.

The broadcaster cancelled its scheduled programming across BBC One, BBC Two and the News channel to air specials about Prince Philip, who passed away ‘peacefully’ this morning at Windsor Castle.

But the BBC was forced to set up a complaints form after admitting that its its wall-to-wall coverage of the death of the nation’s longest-serving consort had been criticised as ‘over the top’.

In the complaints tab of its website, the corporation said: ‘We’re receiving complaints about too much TV coverage of the death of HRH Prince Philip, Duke of Edinburgh. Please enter your email address below to register a complaint about this – we’ll then send you the BBC’s response as soon as it is available.’

Twitter users lashed out at the BBC for cancelling its programming, with one person calling the coverage ‘hysterical’, ‘unhinged’ and akin to ‘North Korea’. Another complained it was ‘over the top’ and ‘utterly ridiculous’, while one claimed there was ‘no need whatsoever to suspend programming’.

The BBC declined to comment when approached by MailOnline. Earlier it had explained: ‘With the sad news that HRH Prince Philip, the Duke of Edinburgh, has died, there is now special coverage across all BBC networks to mark his life of extraordinary public service and planned scheduling has been suspended.’

The much-anticipated MasterChef final, which was due to air on BBC One at 8.30pm, did not air, while the programme aired a special show called HRH The Duke of Edinburgh Remembered after the Six O’Clock News. That was followed by A Tribute to HRH Duke of Edinburgh at 9pm before the BBC News at Ten.

The tribute programme will be repeated at 11.30pm. BBC Two will mirror BBC One with the notable exception of Newsnight from 10.45 to 11.30pm. BBC Four is suspended tomorrow while Radio 4 and Radio 5 Live will continue with special programming reflecting the life of the royal.

In its complaints page, the corporation said: ‘We’re receiving complaints about too much TV coverage of the death of HRH Prince Philip, Duke of Edinburgh’

Pictured, a look at today’s scheduling dedicated to the news of Prince Philip’s death

Taking to Twitter, social media users complained about the BBC’s coverage of news of Philip’s death.

‘Wall to wall coverage on every single channel is annoying and unnecessary,’ one said. ‘There is other important news. And some people might appreciate some other TV. I’d bet Prince Philip would not have approved of such a fuss!’

Another said: ‘I do get for some people it’s nationally a big deal. At the personal level I understand that the family has lost a husband and a father. I sympathise. But does the @bbc really need to fill both BBC1 and 2 with the same coverage’.

ITV also made schedule changes following the news.  Entertainment show This Morning, which was being presented by Eamonn Holmes and Ruth Langsford, was interrupted and Loose Women was scrapped.

Holmes cut mid-way through an interview with actor Alan Halsall to say: ‘Sorry I have to interrupt you for some very, very important news because we now, viewers, have to end This Morning and go straight to the ITV newsroom for more.’

Twitter users lashed out at the BBC for cancelling its programming, with one person calling the coverage ‘hysterical’, ‘unhinged’ and akin to ‘North Korea’

The Queen and the duke watching a flypast of Spitfire & Hurricane aircraft on July 10, 2015

Philip has served Britain since his youth and the world is mourning his death at Windsor Castle today, with the Royal Family releasing this photo and tribute shortly after his death

ITV newsreader Lucrezia Millarini then appeared on the screen to announce the death of the Duke of Edinburgh. She told viewers: ‘Good afternoon we are breaking into programmes to bring you an announcement from the Royal Household.

‘In the last few moments we have received the following significant statement.’

She then proceeded to read the statement from Buckingham Palace which said: ‘It is with deep sorrow that Her Majesty The Queen has announced the death of her beloved husband, His Royal Highness The Prince Philip, Duke of Edinburgh.

‘His Royal Highness passed away peacefully this morning at Windsor Castle.’

The channel said ITV News will broadcast continuous coverage throughout the afternoon ‘celebrating Prince Philip’s life, his unique contribution to British history, and looking back at his decades of service to the Queen and the country’. 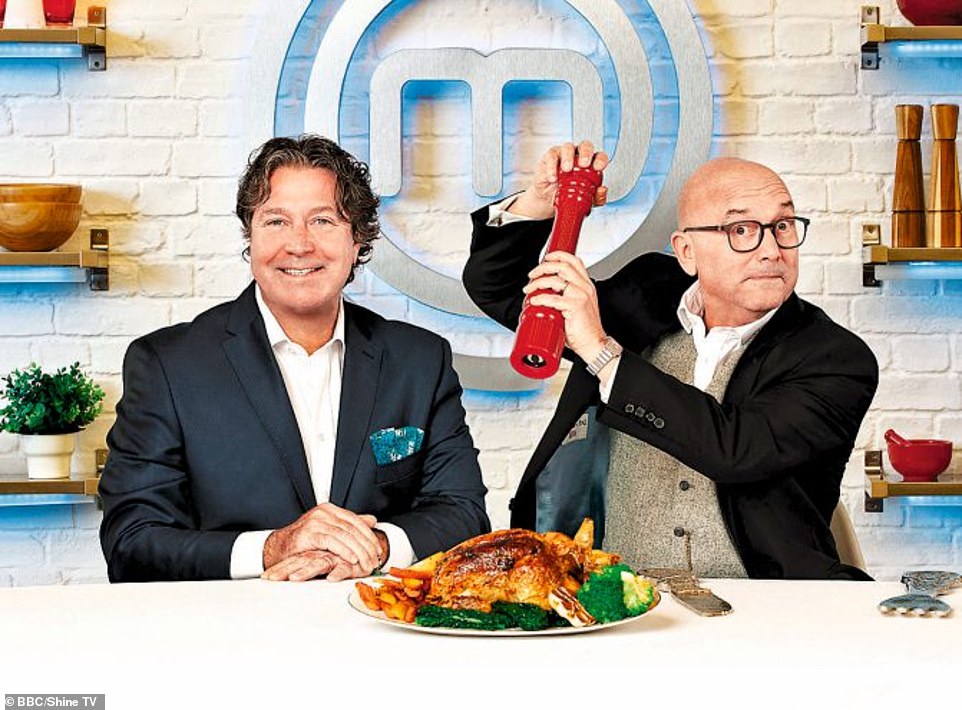 The MasterChef final, which was due to air tonight on BBC One, will also not be on this evening due to programme rescheduling. Pictured, judges John Torode, Gregg Wallace

At 4pm it aired a specially commissioned film, Prince Philip: Duke of Edinburgh, narrated by James Mates, which used personal testimony and archive content to tell the story of Philip’s life and times.

At 6pm ITV aired regional and national news, which covered reaction to the news.

An hour later, Julie Etchingham and Phillip Schofield hosted a live programme called Prince Philip, Fondly Remembered, where the presenters talked to those who knew him about his personality and his passions.

Royal editor Chris Ship presented documentary special, Prince Philip: A Royal Life at 9pm, in which he visited key locations around the world to tell the story of his life, before an extended News at Ten at 10pm.

People stood in masks, two metres apart to hug and remember the Queen’s husband, who dedicated his life to the country 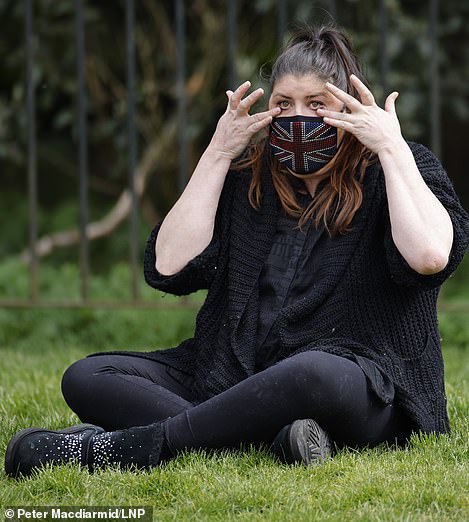 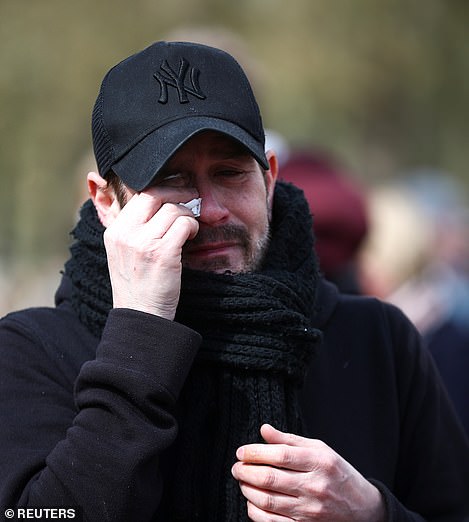