Boris Johnson last night accused Philip Hammond of ‘gravely damaging’ the national interest with his endless bids to frustrate Brexit, and warned that the former Chancellor would be responsible for a No Deal outcome.

The astonishing blast against Mr Johnson’s fellow Tory came in a letter seen by The Mail on Sunday savaging Mr Hammond for urging the Prime Minister to rule out a No Deal exit.

Mr Johnson said it was ‘plain as a pikestaff’ that Mr Hammond was undermining the UK in negotiations with Brussels and making it harder for Britain to get a new deal with the EU.

On Tuesday, Mr Hammond and 20 other Tory MPs wrote to Mr Johnson to warn they would use every parliamentary tool they could find to unpick his ‘do or die’ pledge to leave the EU on October 31 with or without a deal. 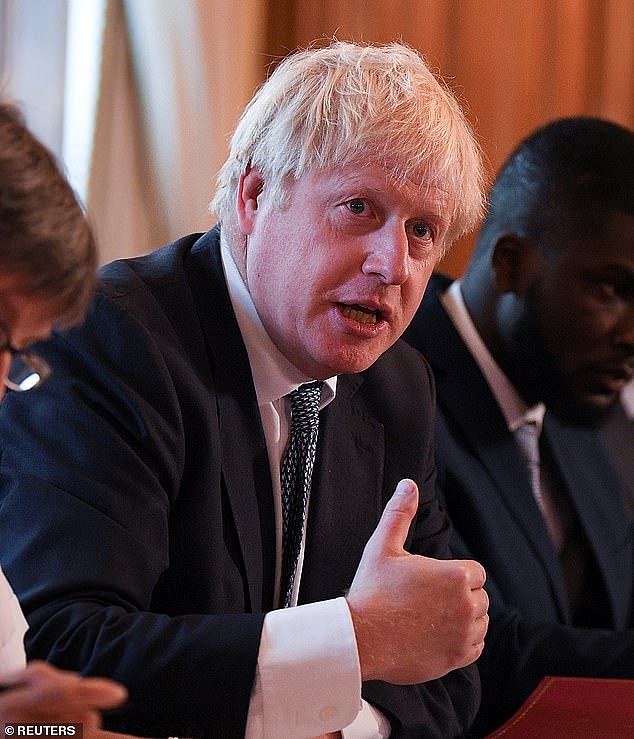 Boris Johnson last night accused Philip Hammond of ‘gravely damaging’ the national interest with his endless bids to frustrate Brexit, and warned that the former Chancellor would be responsible for a No Deal outcome 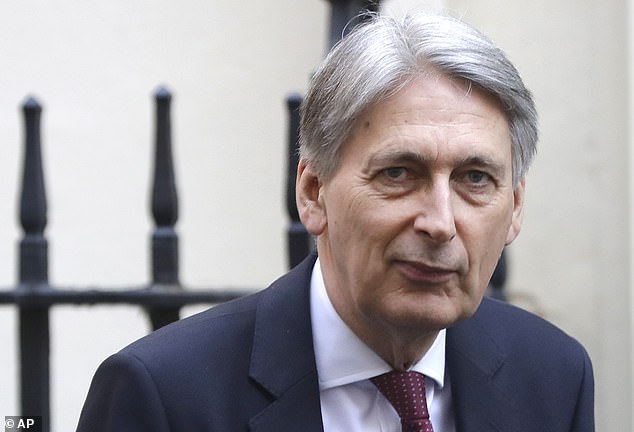 Mr Hammond added that he was ‘very confident’ MPs and peers could block No Deal, hinting he would bring down Mr Johnson’s administration as a last resort.

But Mr Johnson has hit back, writing that ‘any such Parliamentary campaign, any tricks of procedure or alliance of factions designed to derail Brexit, gravely damages the chances of our securing a deal.’

In a letter sent to Mr Hammond and his co-conspirators yesterday and leaked to this newspaper, Mr Johnson says: ‘The EU can see the public debate among Parliamentarians and they have been told privately by some British politicians that Parliament will frustrate our exit on 31 October.

‘Some of you have said publicly that you are determined to try to stop us leaving the EU on that date if we cannot secure a deal.’

He adds: ‘It is as plain as a pikestaff that Brussels – or the EU 27 – will simply not compromise as long as they believe there is the faintest possibility that Parliament can block Brexit on 31 October.’

And he warns ‘the so-called efforts to prevent No Deal are in fact making No Deal more likely’ as it was giving Brussels a false sense of hope that the UK will climb down. 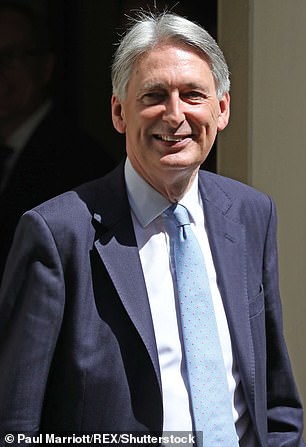 The brutal warning came as Mr Johnson prepared to meet EU leaders for the first time since becoming Prime Minister.

He will travel to Paris and Berlin ahead of next weekend’s G7 summit and meetings are scheduled on Wednesday and Thursday with President Macron of France and Chancellor Merkel of Germany.

However, last night Mr Johnson was not hopeful of either leader softening their position, after he demanded they drop the Irish border backstop before talks could begin.

He will tell his fellow European leaders that ‘parliament will not, and cannot, cancel the referendum’ but the terms of exit offered in the Withdrawal Agreement are ‘totally unacceptable.’

Branding the backstop undemocratic, Mr Johnson is expected to point out ‘it would be harder for us to exit the new arrangement than it is to leave the EU itself.’

However the PM believes there can be no breakthrough on Brexit until he has survived a confidence vote from MPs, expected to be held when the Commons returns on September 3, and other bids to stop No Deal have been squashed.

Instead Downing Street is eyeing a four-week window for a renegotiation between Parliament breaking up again on September 20 and the planned EU Council on October 17-18.

Last night a Downing Street source said: ‘Paris and Berlin have not engaged seriously with negotiations because they have told us people like Philip Hammond, Dominic Grieve and Tony Blair are telling them that Parliament will cancel the referendum in the first fortnight of September. 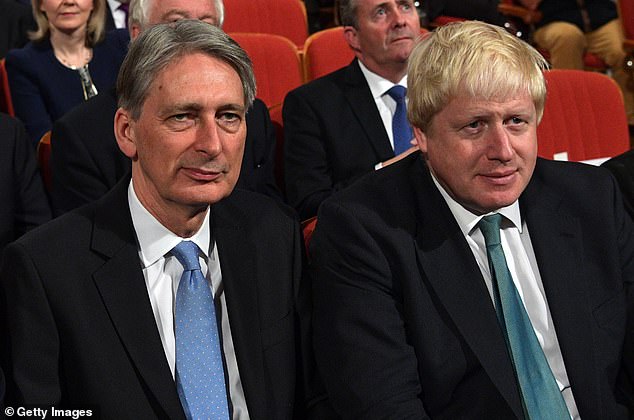 ‘Until they see this is wrong, there is no reason to think they will talk seriously.’

Speaking on the Good Morning Scotland radio show yesterday, Mr Grieve said he was ready to act as a caretaker PM but added that ‘there are others more suitable for it than I am’.

Mr Johnson’s declaration of war on Tory rebels came as:

Tory whips fear as many as 17 Tory MPs could vote against the Government in a confidence motion, but last night the tide was going out on Mr Corbyn’s hopes of becoming a caretaker PM. 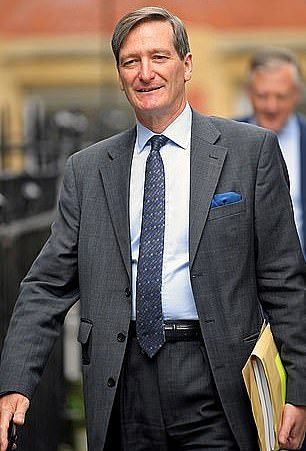 Rebel ringleader Sir Oliver Letwin said he would not be able to support a bid to put the Labour leader in No 10, saying he did not think it was likely that a majority could be formed for the idea.

However he did not rule out supporting a no confidence motion to bring down the Government to prevent a No Deal – setting up a knife-edge showdown when the Commons returns, as more than a dozen Tory MPs still will not rule out voting down Mr Johnson.

It’s understood that efforts have been launched to ‘love bomb’ independent former Tory and Labour MPs, hoping to encourage them to abstain from a confidence vote and dampen the pro-EU rebellion.