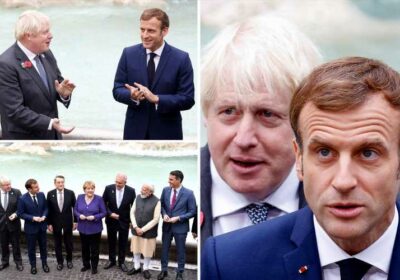 The PM joined the French President and other leaders from the world's leading economies at the iconic Trevi fountain. 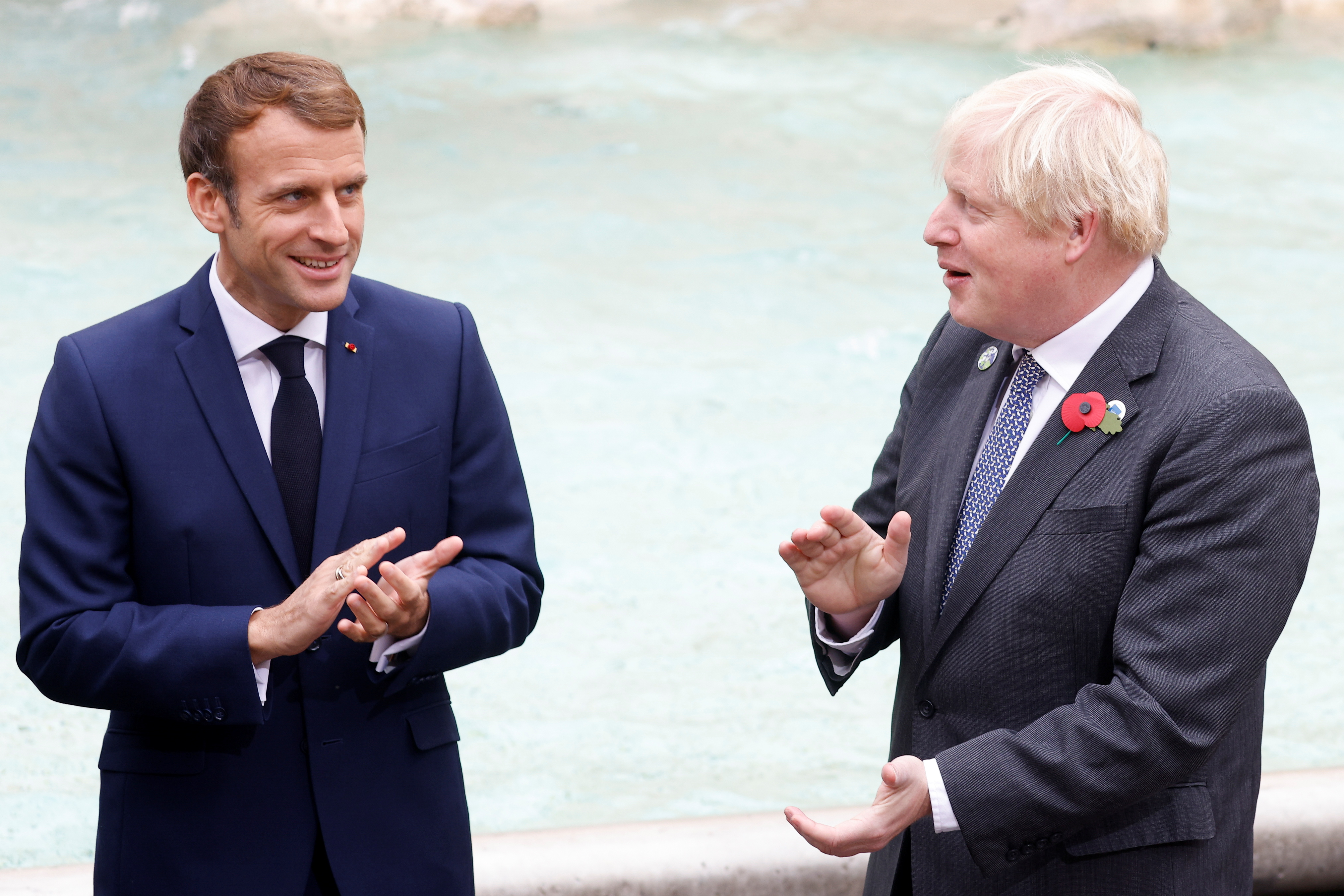 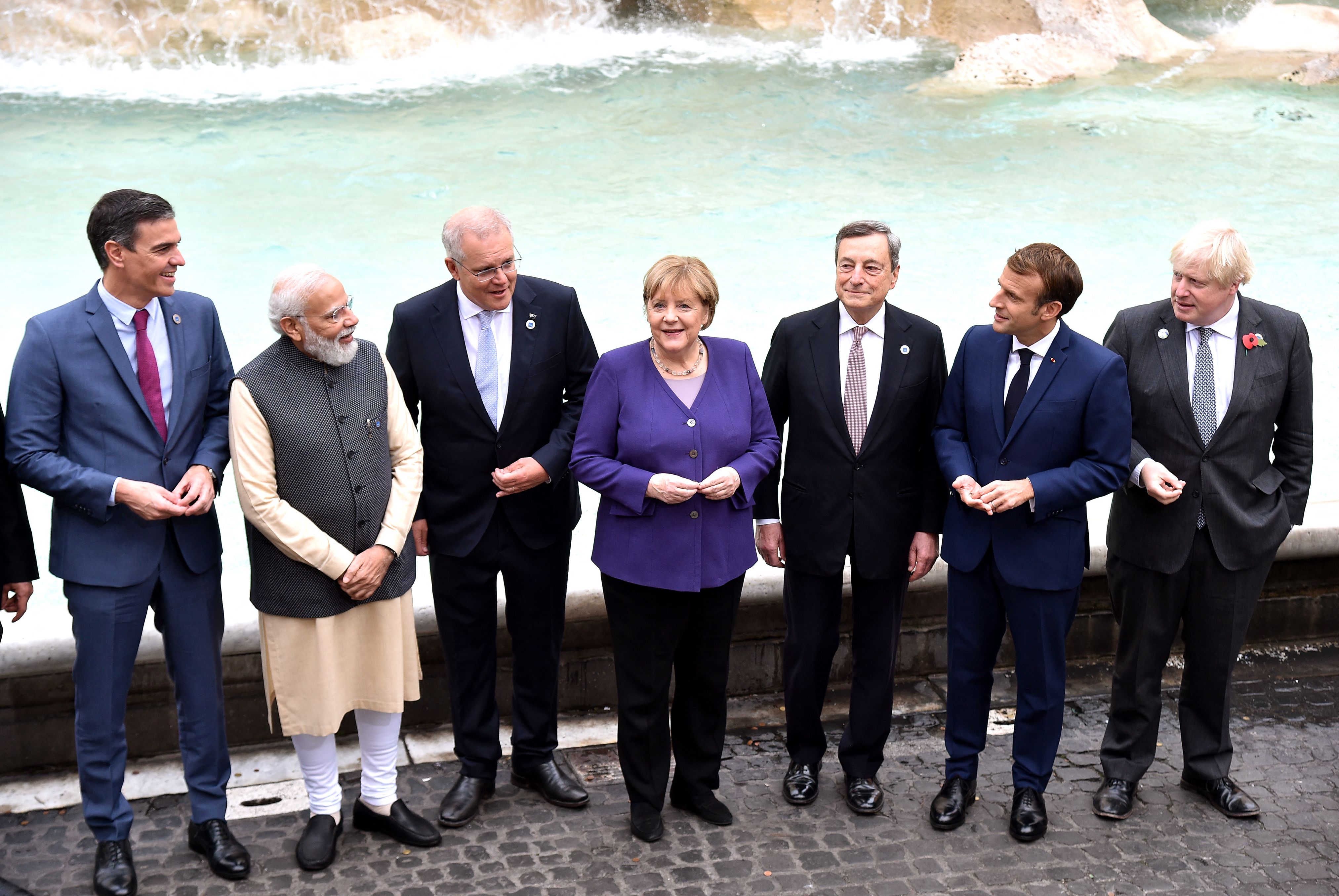 As they lined up for a photo shoot, Mr Macron wedged himself between Mr Johnson and summit host Mr Draghi by shuffling backwards.

Mr Johnson and Mr Macron were also seen sharing an awkward smile ahead of the second day of G20 talks as they brace for a showdown over Britain's fishing row with France.

The PM has warned the EU not to take sides in the dispute over fishing rights and has threatened legal action as early as this week.

Brexit minister Lord Frost said the Government is "actively considering" legal proceedings and warned the EU that if France carries out its threats to impose border and port sanctions, it would be "in breach of its obligations" under the post-Brexit trade deal.

The row over fishing licences has erupted because Paris is angry at a small number of its boats being turned down for licences.

It comes as Mr Johnson warned the world faces ­“absolute catastrophe” if leaders fail to strike a deal to tackle climate change.

The Prime Minister said the stakes were high as he beat the drum for action ahead of the COP26 summit which opens in Glasgow today.

He said the UN gathering would be the “world’s moment of truth” that would decide the future of our planet.

Mr Johnson wants a timetable to limit global warming by shutting down coal-fired generators, switching to electric cars and investing in green ­technology.

He conceded he faces a “tough” battle to get 200 nations on board and rated his chance of success at barely 60-40.

But he vowed to “keep alive that dream” of limiting climate change to 1.5C — for the sake of all humanity.

Using the G20 summit in Rome as a springboard to the talks, Mr Johnson declared: “COP26 will be the world’s moment of truth.

“The question everyone is asking is whether we seize this moment or let it slip away. 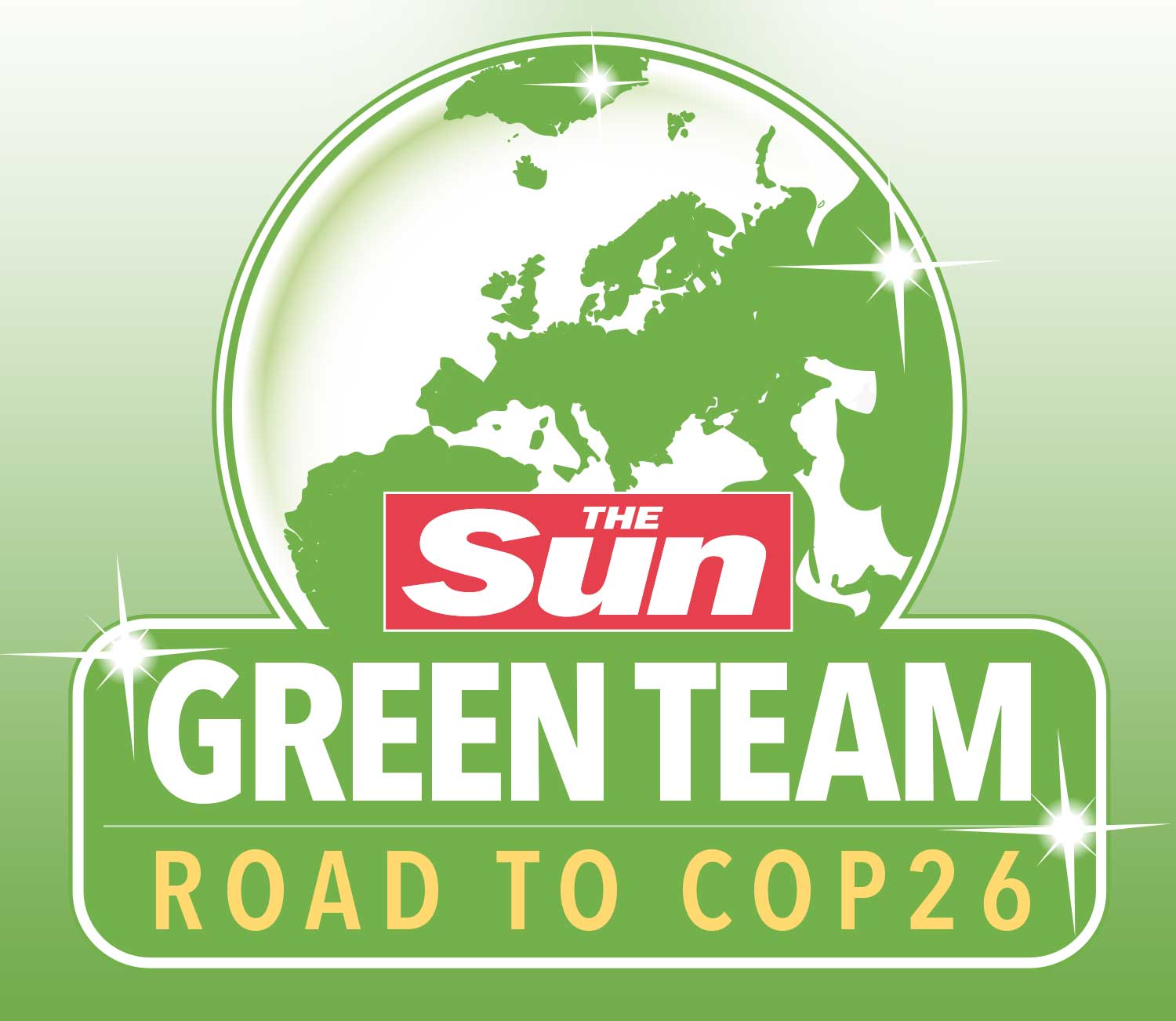 THE Sun today encourages its army of readers to make at least one lifestyle change to slow the advance of climate change.

Everyone can get involved.

We’ve teamed up with the global campaign Count Us In to calculate how much carbon you will be saving by ditching old habits.

Find a step that’s right for you and your family. Keep it up for at least two months and see how you do. It might become a habit.

When you’re ready, try another step. All these will add to change. We’ll get there together.

Visit thesun.co.uk/pledge and pledge to one or more lifestyle changes.

It could save you money and all of your actions will go toward a global goal of getting a billion people to make changes.

1.     Eat more plants – Going meat-free for a day brings the same carbon saving as not driving for a month.

3.     Turn down heating – With energy prices rocketing this will save you money.

4.     Insulate your home – Stop heating the sky with heat escaping through your roof.

6.  Walk or cycle one extra journey a day – petrol cars emit twice as much pollution in their first five minutes of use, so even short journeys add to climate change.

“I hope world leaders will hear them and come to Glasgow ready to answer them with decisive action.

“We need to recognise the scale of the consequences if we fail.

“The difference between restricting the growth in temperatures to 1.5C and allowing them to increase by 4C is potentially absolutely catastrophic for our children, our grandchildren and succeeding generations. We cannot discount their welfare.

“Together, we can mark the ­beginning of the end of climate change — and end the uncertainty once and for all.”

Mr Johnson and wife Carrie ­visited the Colosseum, where he gloomily predicted the best he can hope for by any action agreed is to slow the increase in global temperatures.

His biggest stumbling block is the fact that China — responsible for more than a quarter of all carbon emissions — decided not to attend the summit in the first place.

The communist giant plans to build 43 new coal power plants and 18 blast furnaces, adding 1.5 per cent to its emissions, despite a pledge to be carbon neutral by 2060.

A massive 58 per cent of its energy is generated from coal as the world is being urged to switch to more expensive green power.

A glacier in the Antarctic is to be named Glasgow in honour of the city hosting COP26.

Mr Johnson accepts the cost of going green won’t come cheap, but said there were the added benefits of hundreds of thousands of high-wage, high-skilled jobs.

He added: “When I say that going green is easier, look at what we have done.

“The point I made to our Chinese friends yesterday is you can cut your reliance on coal and you can still grow your economy and create many, many hundreds of thousands of high-pay, high-skilled jobs.

“They’ve made progress on overseas financing of coal.

"What China needs to do is find ways of making a more ambitious, nationally determined contribution.

“What the whole world needs to understand is you can reduce dependence on coal very fast.

"I reminded President Xi that the first time I went to Beijing, as the Mayor of London, the UK was 40 per cent reliant on coal to generate power.

Sir David Attenborough has called for nature’s role to be recognised in the climate change fight.

“Today, it’s only one per cent.

“You can make progress very fast.”

He admits the chance of a breakthrough is no better than the six out of ten he gave it last month, but says Glasgow can be a “stopping point” for eventual success.

He said the fight was going to be very difficult, but added, “the whole of humanity is in the ring” squaring up to the “foes of humanity”.

Mr Johnson declared: “I think that everybody needs to focus.

“What the UK has been trying to do is take the abstract concepts of Net Zero we talked about in Paris six years ago and turn them into hard, sharp deliverables — reducing coal and internal combustion engine use, planting millions of trees and getting the cash the world needs to finance green technology.” 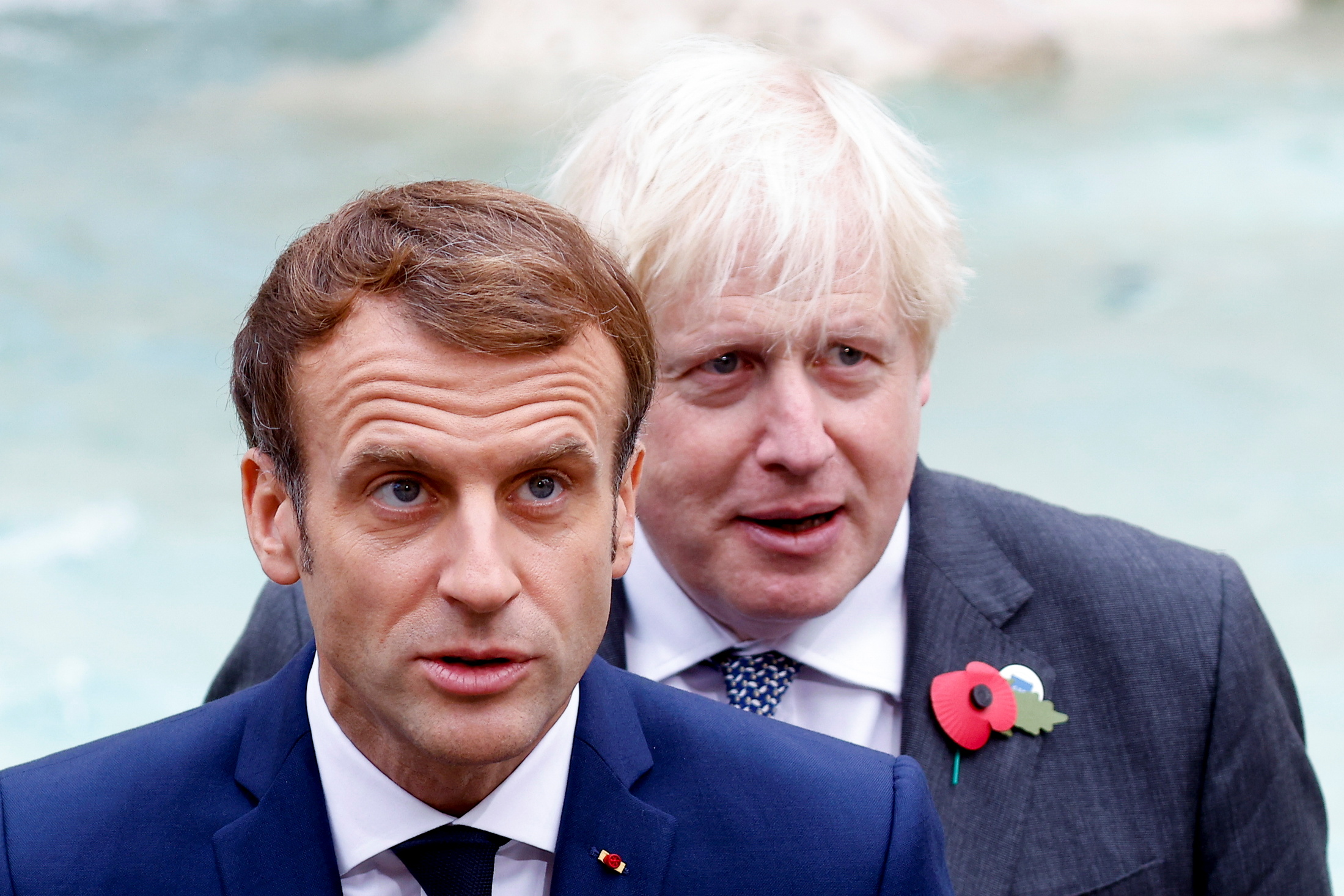 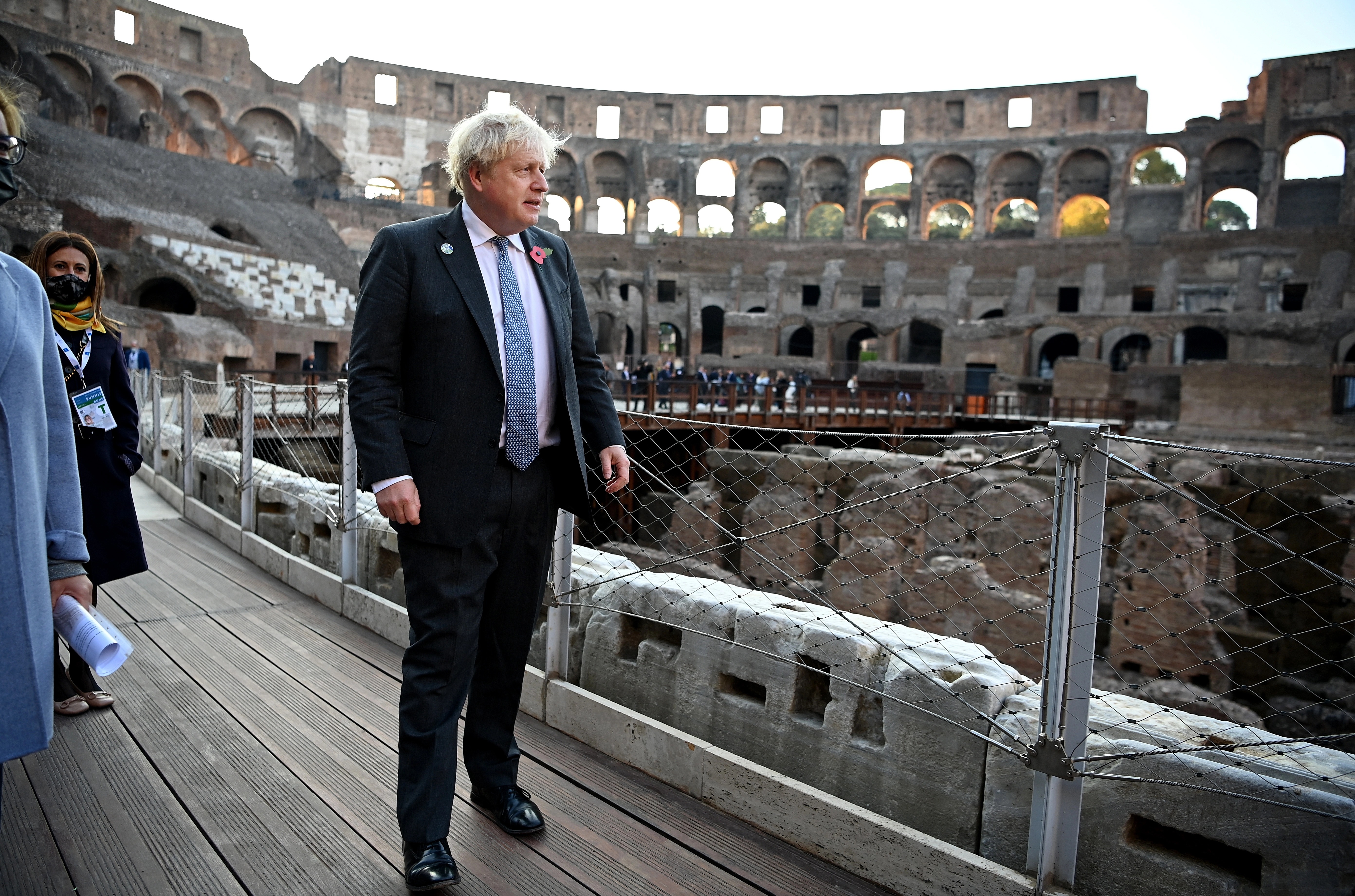 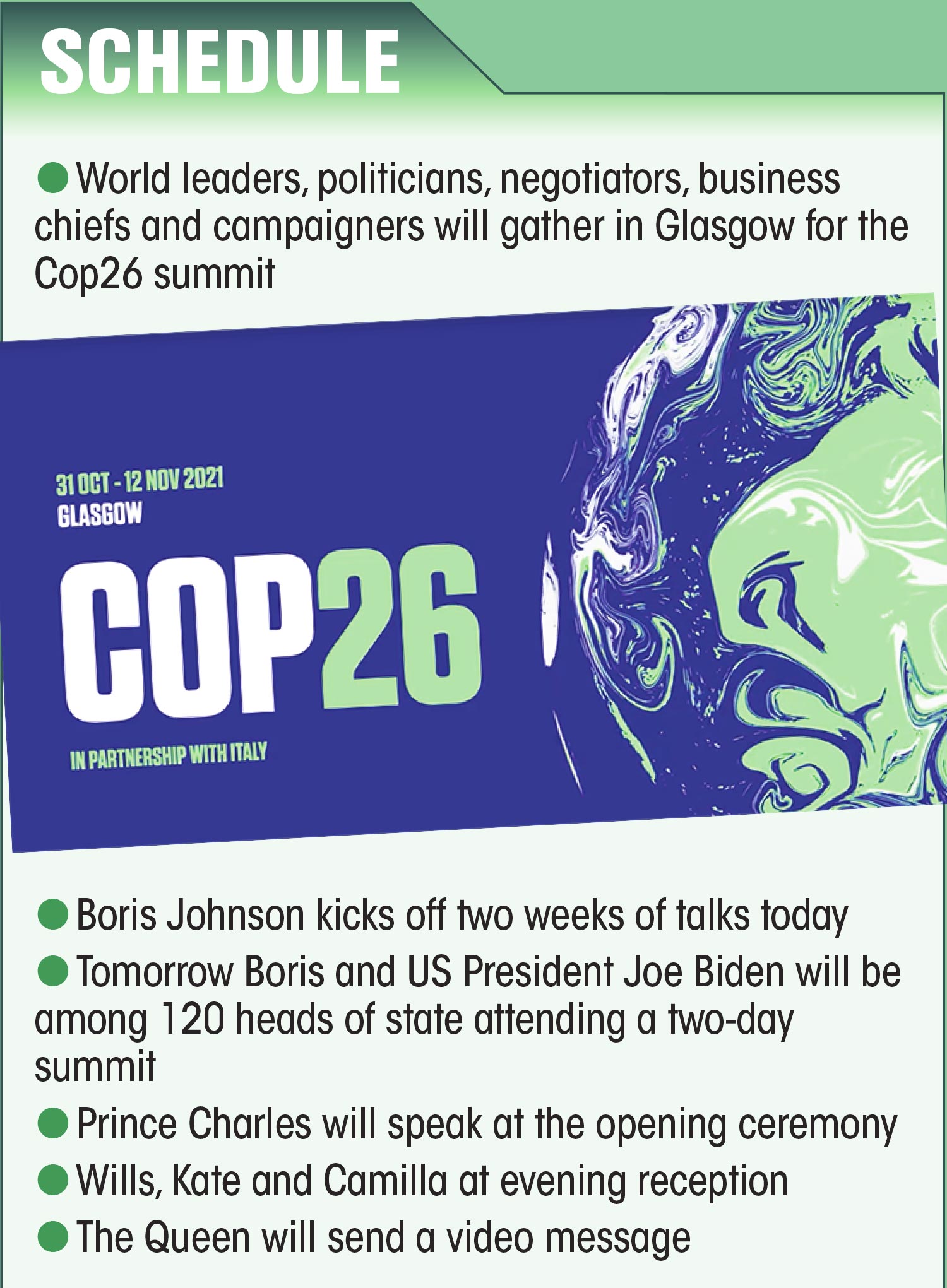 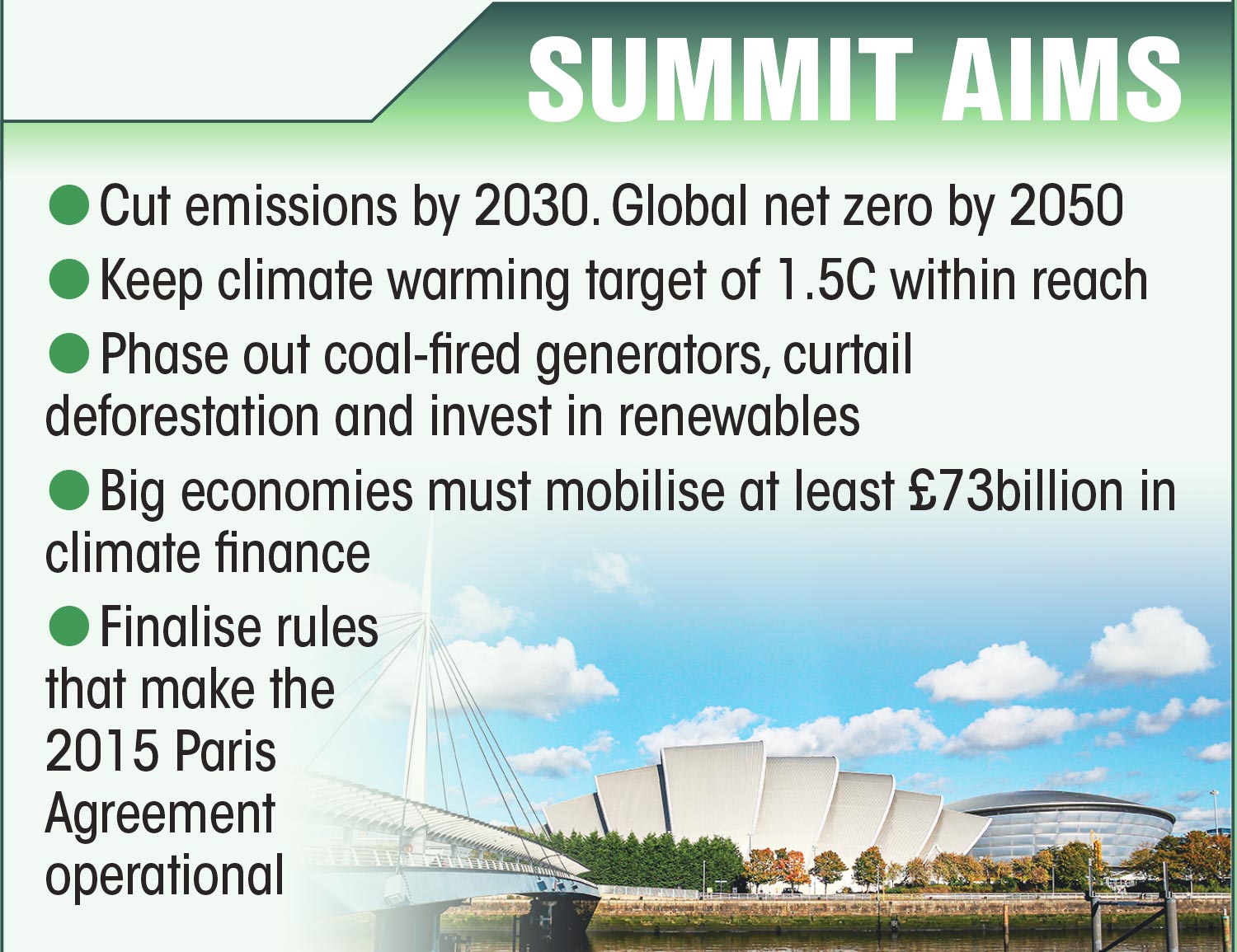 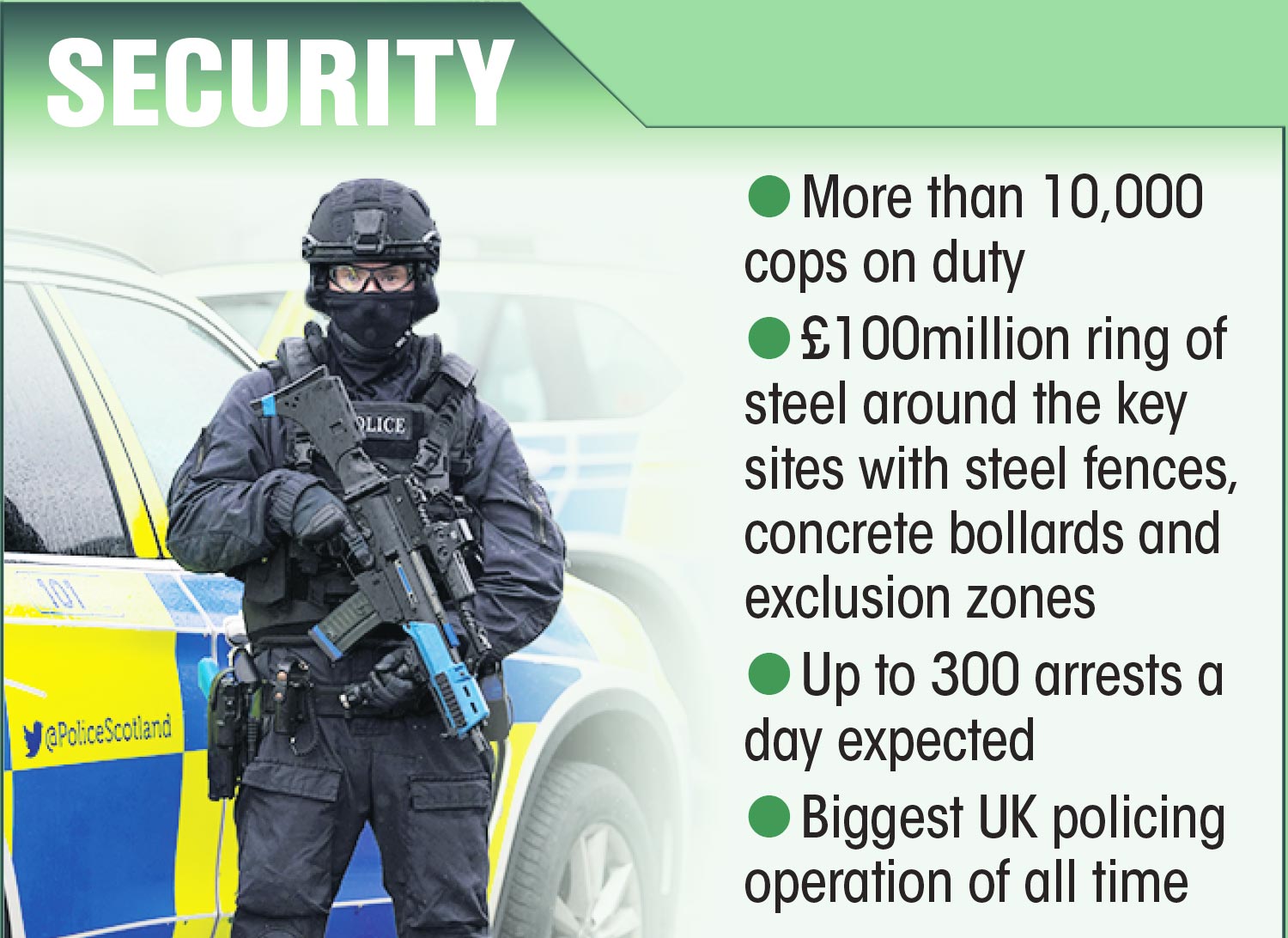 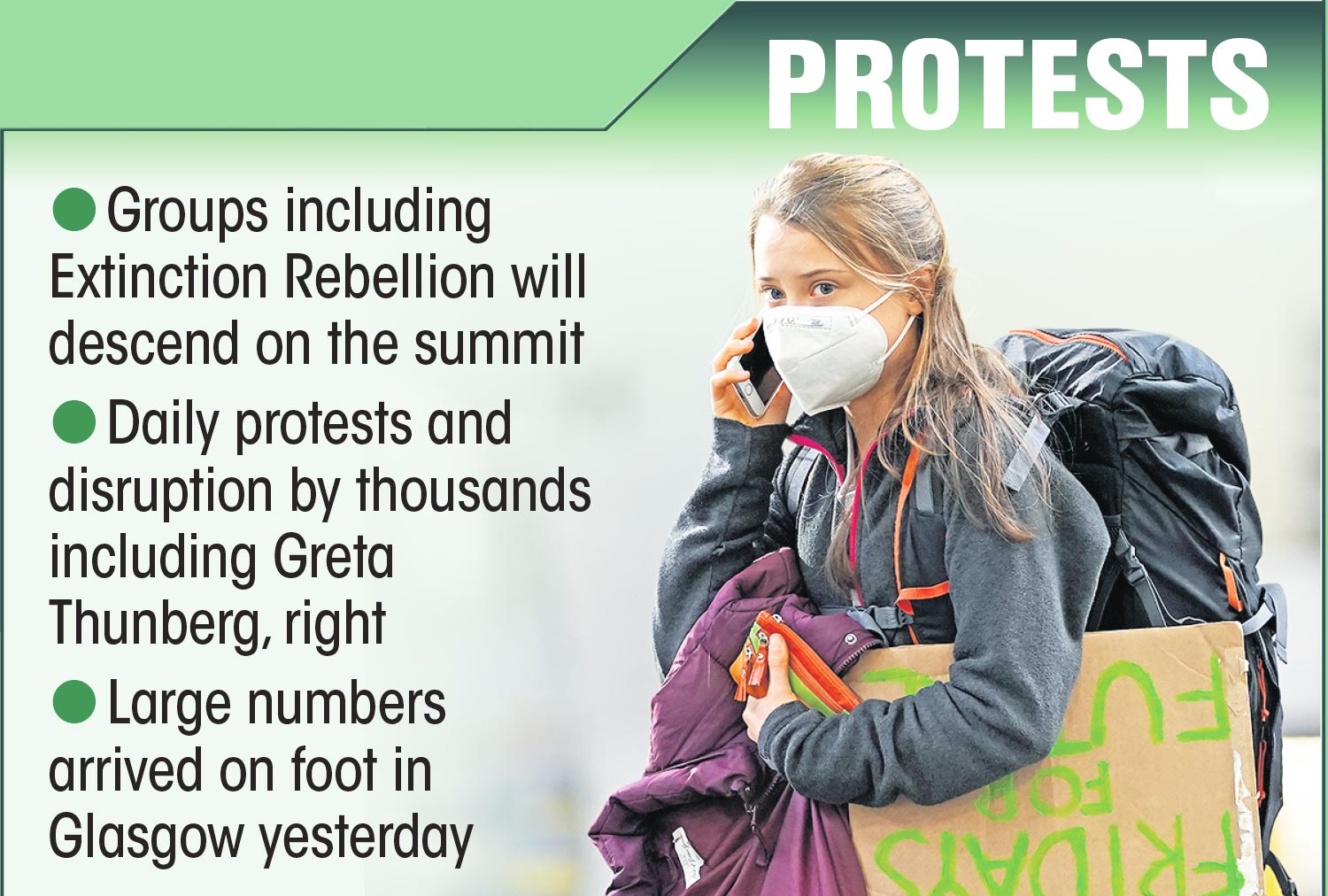 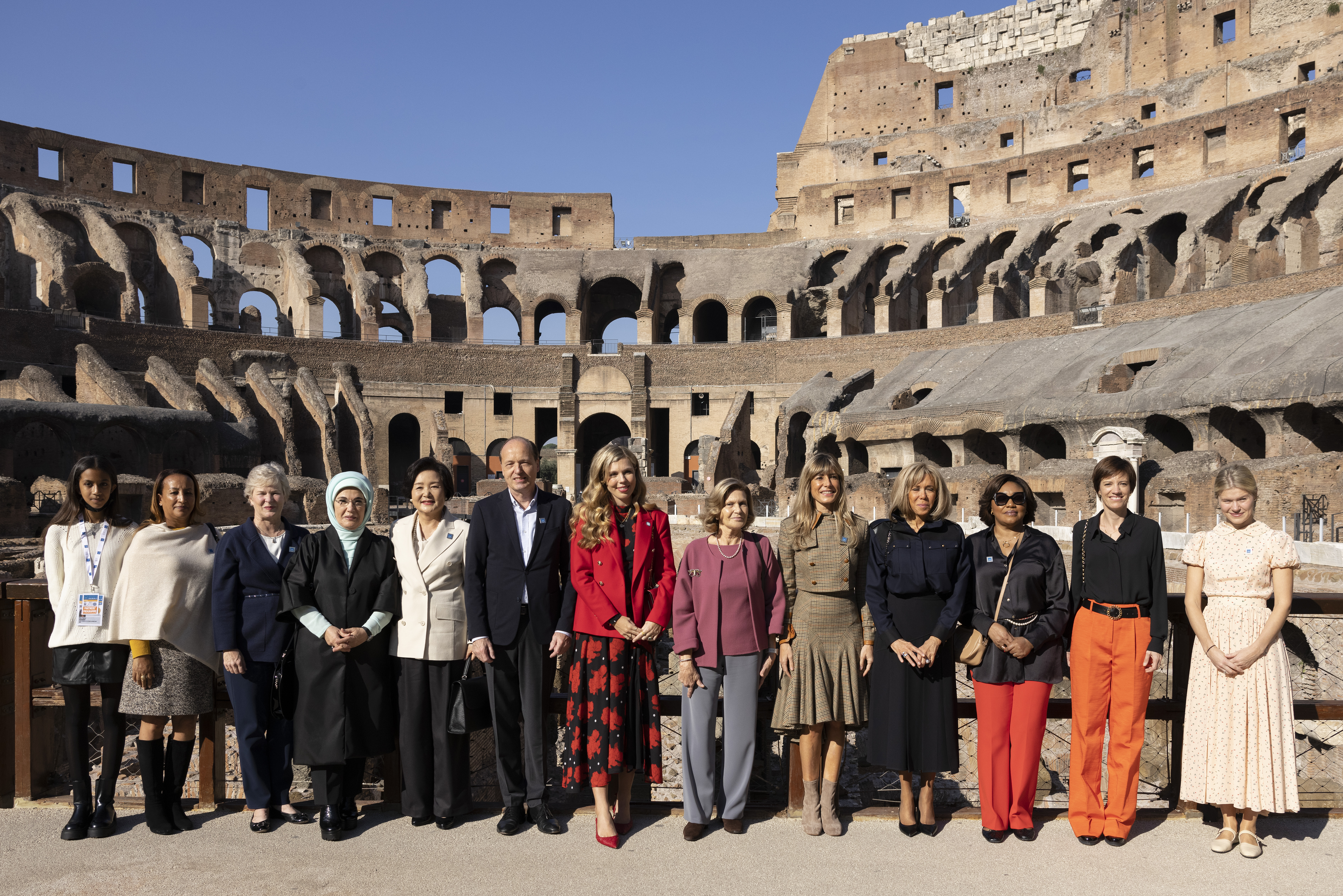 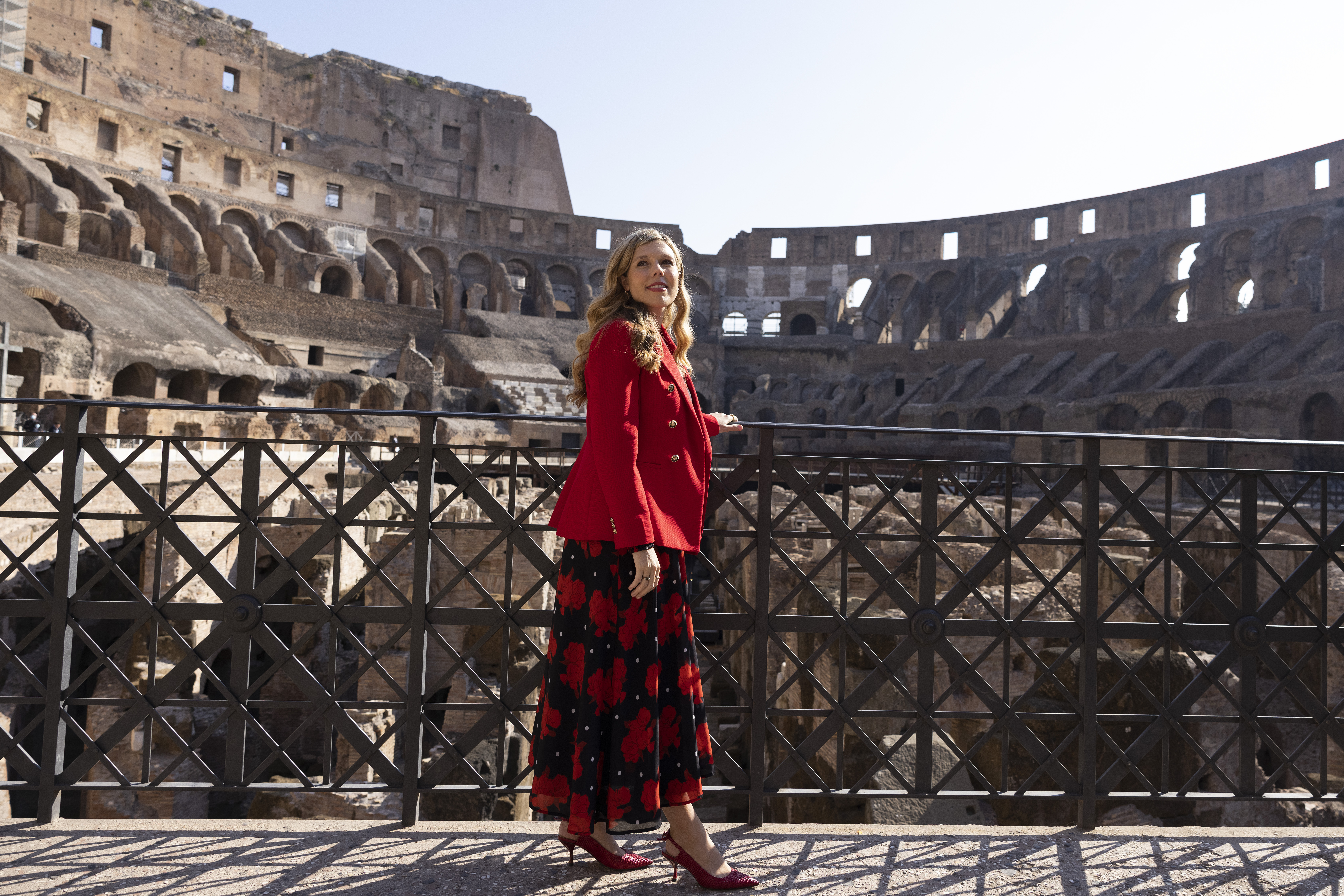 Prince to leaders: ‘Listen to young’ 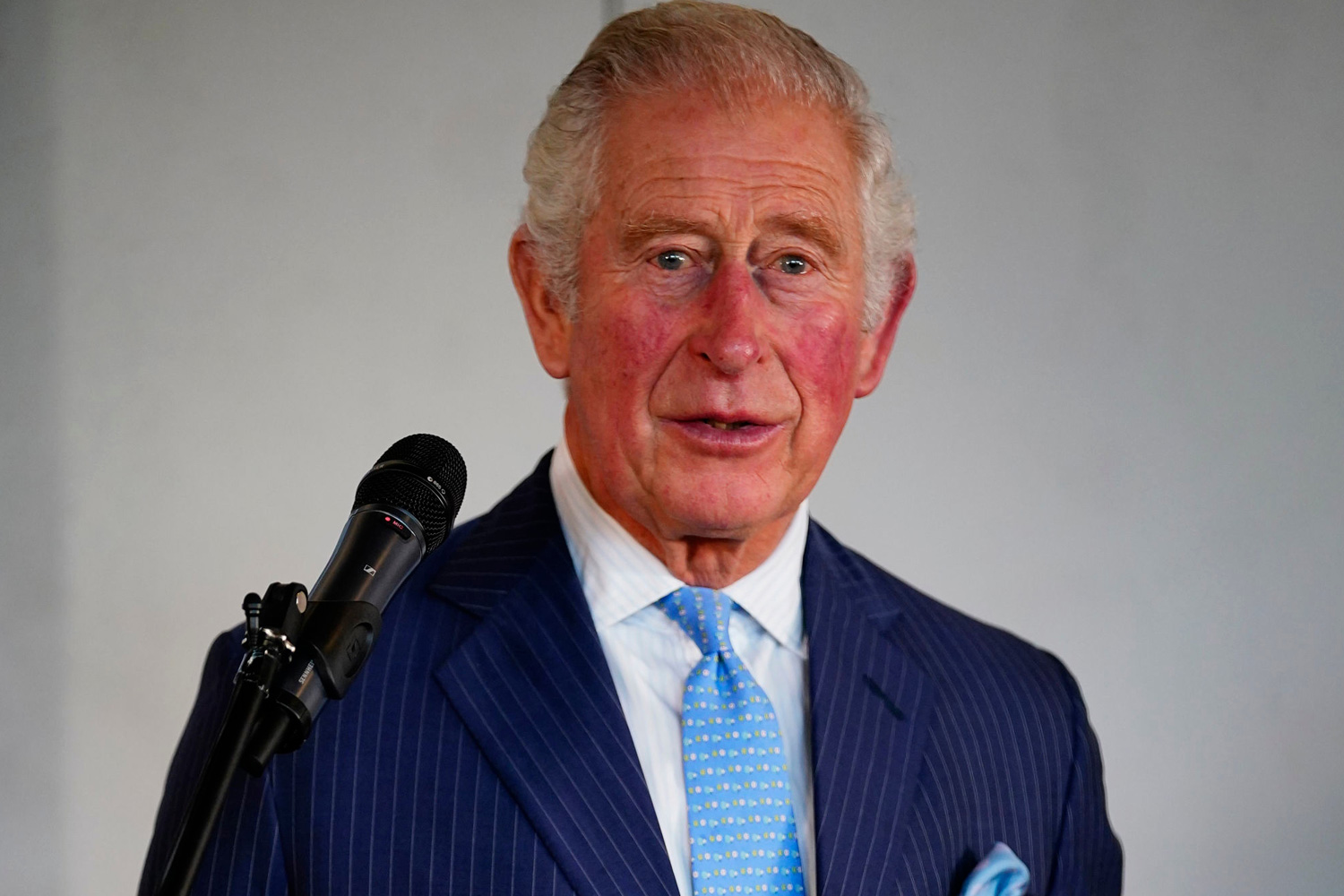 PRINCE Charles will today tell world leaders they have an “overwhelming responsibility” to protect the planet for future generations.

And he will urge them to listen to the “despairing voices” of young people.

The prince, 72, was invited to speak at the G20 summit in Rome by Italian PM Mario Draghi.

Charles, who has highlighted climate change for decades, is expected to say: “I’m at last sensing a change in attitudes and the build-up of positive momentum.”

He will add that youngsters see the leaders as “stewards of the planet holding the viability of their future in your hands”.