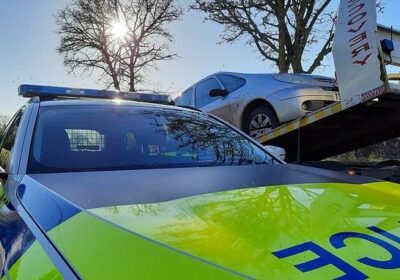 Police pull over woman motorist, 55, for a ‘routine check’ only to discover she’s been driving for 38 YEARS without a full licence

Traffic police in Wiltshire who pulled over a 55-year-old woman motorist in a routine check were shocked to find she had been driving without a full licence since 1983.

The woman had been travelling on the A350 near Melksham when she was stopped by officers who were carrying out checks in the area.

But during an inspection the police found she had been driving a proper licence since she was 17 years old. 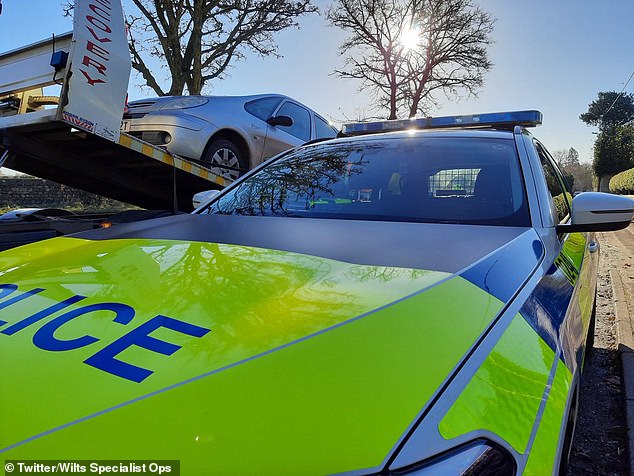 The woman admitted how she learnt to drive as a schoolgirl when Margaret Thatcher was Prime Minister and before rear seat belts were compulsory, but never took a test to gain a full licence.

Wiltshire officers told her she had to arrange a lift or walk home – as she would not be allowed to continue her journey and they called a recovery lorry to impound her car.

Wiltshire Special Ops tweeted a photo showing a silver Citroen Picasso, believed to be the woman’s, being lifted onto a recovery truck.

Driving without a licence can land you with penalty points, a fine or even imprisonment for up to six months.

Wiltshire Police tweeted: ‘Roads policing unit are carrying out checks on the A350 near Melksham – the 55 year old driver of this car has been driving since she was 17 but, has never had a full licence.

‘There’s a recovery lorry waiting for you, if you’re driving with no licence or insurance.’