A scam caller who warned a police officer that she would be arrested within 45 minutes if she didn’t hand over personal information found out only one thing — how easily he himself could be duped.

North Carolina’s Apex Police Department has posted a video showing Capt. Ann Stephens trolling a man after he claimed she was in serious trouble because apparent bank accounts opened under her name have been used for “money laundering, drug trafficking and for Internal Revenue Service tax scams all over USA.”

“You are speaking with Officer John Black from Social Security Administration. I have your file in front of me,” the caller begins in video posted on Facebook. “Now, just to make sure that I’m giving out all the confidential details to the right person, can you verify me your home address?”

“No, I’m not going to give you my address,” Stephens responds. “If you have my file on me you should know what my address is.”

The caller, then appearing to sound agitated, attempts to intimidate Stephens into providing answers by declaring that their conversation is being “recorded and monitored” by agencies like the IRS and “department of narcotics.”

“One last thing — please do not interrupt me while I’m speaking. I will give you a fair enough chance to speak once I’m done, is that clear?” he snaps.

As the call continues, Stephens tells the man her current address is 205 Saunders St in Apex, N.C. — which is the headquarters of her police department. 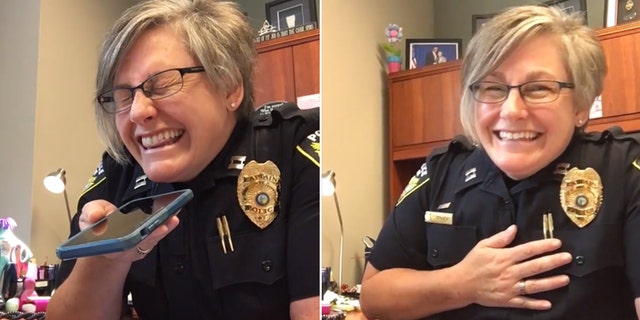 The scammer, unaware that he is being strung along, later asks Stephens for details like the last four digits of her Social Security number and how many bank accounts she has opened. The officer refuses throughout and is seen at numerous points in the video trying to contain her laughter.

“Social Security Administration and law enforcement agencies have found 25 fraudulent bank accounts opened and used, fraudulently using your social security number to commit a fraud of more than $10 million dollars,” the man claims. “This account was used… for illegal local and international bank wire transfers that include money laundering, drug trafficking and for Internal Revenue Service tax scams all over USA.”

After repeatedly being stonewalled for answers, the scammer eventually breaks down and says, “What I’m going to do is I’m going to provide all this information to my senior officer that you are trying to run from the situation, you aren’t trying to cooperate over the recorded call.”

“In the next 45 minutes, you will be arrested, OK?” he adds, before handing over the phone to a supervisor who identifies himself as “Officer Jason Brown”. 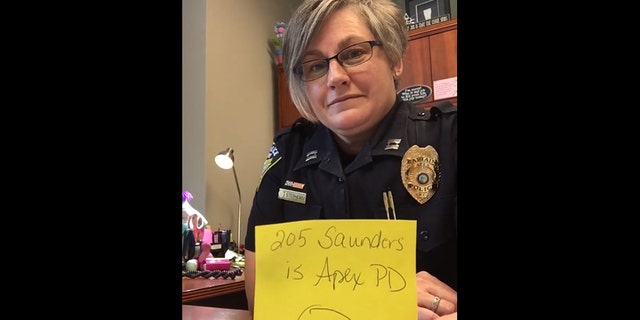 The caller asked Stephens to confirm her address. She told him it was wrong and gave her the police department’s address instead.
(Apex Police Department)

That individual also asks for the number of bank accounts Stephens has opened and warns her that “if you don’t tell me how many bank accounts you have, we will go ahead and suspend all the bank accounts which are connected to your Social Security. So don’t blame us if you lose any money.”

He eventually hangs up.

“Folks, these are scam calls — don’t ever give out your information, don’t ever verify information even if they have it,” she adds. “They are all scammers, just hang up on them — or have a little fun.”