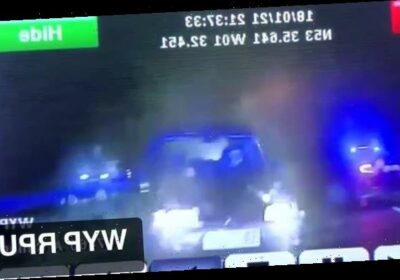 A police officer crashed into a car travelling the wrong way down the motorway to protect other drivers.

Shocking dashcam footage shows the officer lining up the car before it smashes into his vehicle.

Smoke billows out of the crash, after the driver ploughed into the police officer. 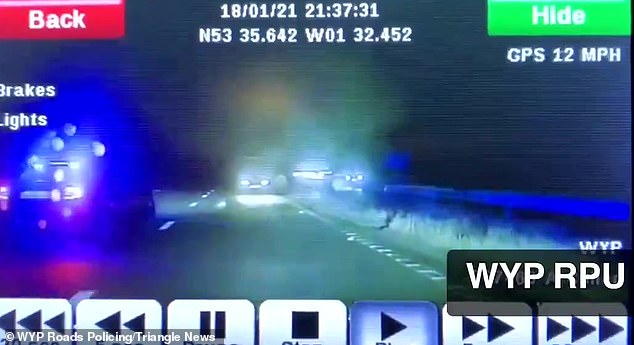 This is the moment a police officer lines up his car in Wakefield, West Yorkshire when he saw a fellow motorist driving on the wrong side of the road 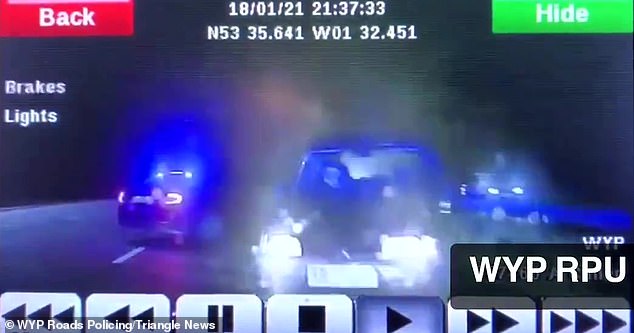 The officer placed his car directly in front of the other car in order to stop it from driving along the carriageway in the wrong direction. 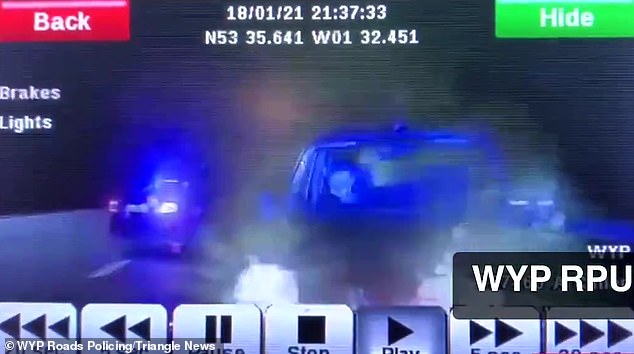 Luckily, neither the officer or the elderly man in the other car were injured in the smash

The crash happened on the M1 southbound at 9.40pm  on Monday, just south of Wakefield, West Yorkshire.

‘Report of a car coming the wrong way on the motorway.

‘Our brave colleague stopped the oncoming traffic to face this and made a split second decision to prevent injuries to those behind him.’

He said: ‘He’s ok thankfully, as is the other driver.

‘It turned out to be an elderly male that was confused.

‘He is now being looked after by family and other agencies.’

Fellow officer Clare B tweeted: ‘Was listening to it on the radio.

‘All very professional and so glad little/no injuries.

‘We know what the possible outcome could have been.’