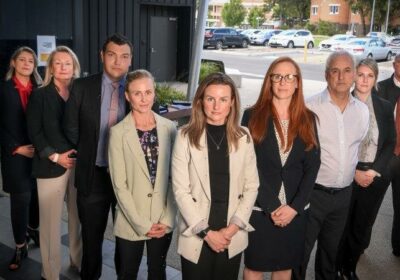 A new specialist team of police will begin investigating family violence within the force’s own ranks and senior police are forecasting a spike in reports as the Australian-first unit seeks out victims.

It comes as the force revealed a member previously tasked with investigating family violence is among officers charged with domestic abuse in recent years. 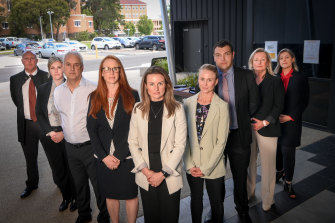 Assistant Commissioner Tess Walsh said the new unit, sitting within the professional standards department, launches this week and aims to eliminate conflicts of interest between police accused of family violence and general duties investigators, particularly in regional parts of the state.

She said much work had also been done to ensure victims were well-supported, with an overwhelming number of those already reporting abuse being police officers themselves.

“The intent is genuine. We want better outcomes,” Ms Walsh said. “We’re going to have people exiting the organisation as perpetrators.”

Victoria Police began designing the new unit following the 2016 Royal Commission into Family Violence which shone a light on domestic violence and investigations into allegations of abuse.

It soon became clear, the assistant commissioner said, that there was a gap in what police were doing, believing what they were already processing “wasn’t the truth of the matter”.

Ms Walsh said the newly formed unit would offer a 24-hour response to reports of domestic violence committed by police officers and ensure investigators were always a rank above the accused.

She said supporting officers in regional areas would be of particular focus where those called to a report may well have conflicts, such as having children in the same sporting clubs as an accused, allowing the first responder to hand the investigation over to the specialist team.

They’re forecasting a significant rise in the number of victim reports and charges or disciplinary action against serving members, which can include referrals to behaviour programs right up to suspension and dismissal. 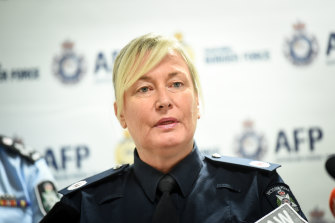 “Whilst it will be part of a dreadful story for Victoria Police … it may well be our proudest moments in terms of holding offenders to account, which is our narrative. We must include ourselves in that statement,” she said.

“How the policy and investigation units are implemented is critically important, and we look forward to seeing the additional safeguards Victoria Police will employ to ensure that victim survivor safety and perpetrator accountability underpin implementation and administration,” she said.

“There has to be a high level of transparency to build trust in this policy and the investigation units. This includes making data publicly available about the prevalence of police-perpetrated family violence and, where possible, trend analysis of investigation outcomes.”

But critics fear the triage system that will be used, which funnels ‘high-risk’ cases of domestic violence to the specialist unit, but ‘low-risk’ to normal members, could mean officers in regional areas who are not family violence specialists may work on such cases.

It found problems with the police’s handling of a case involving Senior Constable Darren Hanegraaf, who was charged with 70 criminal offences after repeatedly assaulting his partner. Hanegraaf became the first serving policeman in five years to be convicted of a criminal offence linked to family violence and pleaded guilty in February 2020.

Victim Jay*, who has since started an officer-involved abuse survivors group that liaises with Victoria Police, said members of the unit had generally been receptive to criticism about the policy and done a good job consulting victims.

“At our suggestion, they took out all the pictures of uniformed officers in a domestic violence guide for victims they planned on distributing because it was triggering, and simplified the language and layout so it is easier to read for victims suffering stress and trauma,” she said.

“But they’re not going to investigate most officer-involved domestic violence cases. Under the model, the unit will only deal with the highest risk cases, like strangulation, persistent abuse and sexual offending. I’d like to see all cases go to the new unit because cases involving police offenders are inherently high risk.” 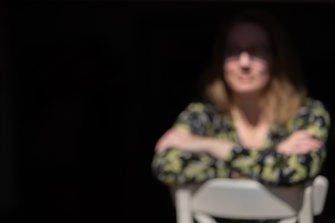 Data shows that during 2020, eight police officers in Victoria were charged with 59 domestic violence charges. Of them, one sergeant was issued with 26 charges, three senior constables with 24 charges between, right down to a first constable issued with one offence.

Police also said those recently prosecuted included a member of a Family Violence Investigation Unit, who, as a result of the investigation, was convicted at court and resigned ahead of their discipline investigation.

The assistant commissioner, who will oversee every report, said her message to members was clear: “I never want to know your name.”

"[There will be] no special treatment, no tolerance. We're trying to send the message loud and clear that family violence won't be tolerated," she said.

“We put our outfit on to go out and protect people, and to serve the community. To then be violent towards somebody after hours, it doesn’t reconcile with who we are or what we do.”

*Not her real name.