The Tommy Silhouettes were vandalised at Purfleet Garrison Community Centre in Thurrock, Essex, between 8pm on Friday and 10am the next morning.

Statues were ripped from their stands and others were broken. Essex Police have appealed for witnesses.

Chief Inspector Natalia Ross said: ‘The statues were put in place to commemorate those who lost their lives in the First and Second World Wars. 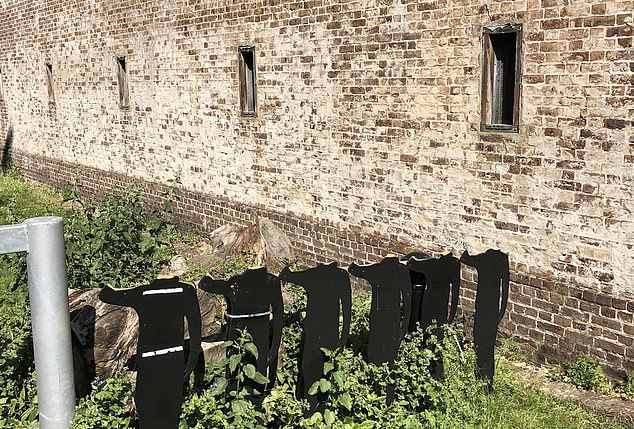 The statues, named The Tommy Silhouettes, were vandalised at Purfleet Garrison Community Centre in Thurrock, Essex, between 8pm on Friday and 10am the next day

‘They were enjoyed by the community and centre visitors who wanted to pay their respects.

‘Sadly, they were damaged – possibly beyond repair – in despicable acts this weekend.

‘A dedicated officer has been allocated to the investigation to look into the circumstances and to find those responsible.’

Neighbourhood watch co-ordinator and Purfleet resident Lisa Wright said she was ‘angered, disappointed and sad’ when she saw the vandalism, and has raised £320 to replace them through a fundraising page. 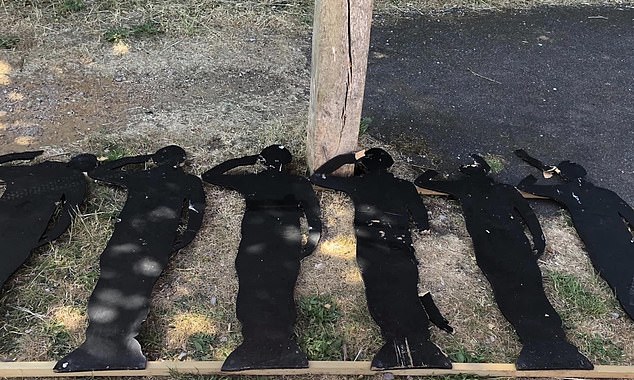 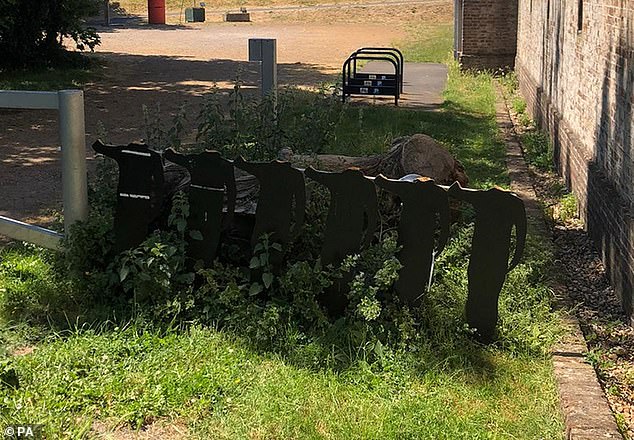 Locals have now raised £320 to replace the statues, as police continue to hunt vandals

She said: ‘One row of soldiers has been ripped from its fixings and discarded and vandalised on the floor, and the other row have been beheaded.’

The 26 Tommy Silhouettes had been installed as part of a 2018 commemoration event held in Purfleet by the vice chair of the local community forum.

Local Labour councillor Qaisar Abbas said he has donated £60 to the fundraiser and reported the vandalism to the police and Thurrock Council.

He said: ‘This is unbelievably sad and unacceptable. I have reported this to the police and I hope anyone who knows anything will come forward.’

Anyone with information is asked to call Grays police station on 101 quoting crime reference 42/76981/20.