Polar blast? The big chill is all relative, say the experts 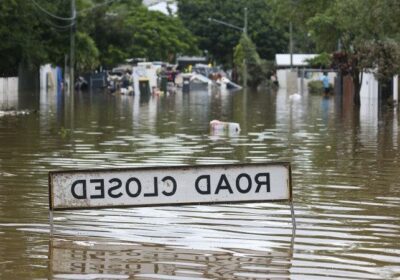 Examine, a weekly newsletter covering the latest developments in science, is sent every Tuesday. Below is an excerpt – sign up to get the whole newsletter in your inbox.

The sudden onslaught of cold weather over the past few days has had us reaching for terms such as “polar blast”, along with our woolly socks and thermals, but experts insist the weather is not out of the ordinary for this time of year.

It’s just that the lead-up to the cold change has been unusually warm and wet, so rather than becoming gradually acclimatised as the weather got colder, we’re shocked by the onset of a cold snap.

Temperatures have dropped to three to six degrees below the May average right across the south-east of the continent, from South Australia to southern Queensland, which has also been blasted by damaging winds.

However, meteorologist Helen Reid, from the Bureau of Meteorology, says there is usually a dip in temperatures in southern and eastern Australia at this time of year.

“We always have some beautiful falls of snow in NSW and Victoria in late May, and then by the time the ski season opens in June all the snow’s gone again,” she says. “So there are cold periods at the end of May quite regularly.” 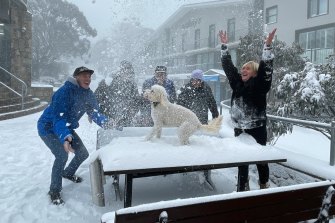 Snow is falling in many areas of regional Victoria and NSW, including here at Mount Buller.

Much of the coverage about the drop in temperature refers to the phenomenon as a “polar blast” or something similar, but Reid says that appears to be driven by the misconception that this is an unusual cold system.

In fact, she says, the period of rain leading up to the cold snap kept temperatures higher than usual, especially overnight, which meant when the big chill did finally arrive it hit us a lot harder.

“Effectively, we skipped autumn. We had this wet weather that continued for some months and then all of a sudden it’s winter,” she says. “We didn’t have that interim period that we had for a number of seasons.”

She says meteorologists do not use terms like “polar blast”, although she acknowledges that a low pressure system pushing up from the south-west has created some striking weather in many parts of the country.

South Australia recorded a small tornado that hit Adelaide’s northern suburbs on Monday afternoon. Snow has fallen from Tasmania to the NSW central tablelands, and southern Queensland was battered by 90km/h winds while shivering through temperatures below the monthly average. 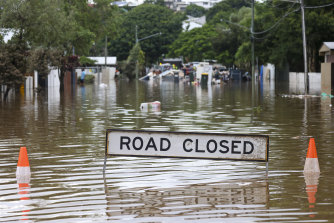 The La Nina system caused flooding in Queensland and NSW earlier this year, and is now predicted to continue through this winter into next summer.Credit:Getty

Professor Roger Stone, an international leader in climate science based at the University of Southern Queensland, says the La Niña weather system that caused the devastating rains earlier this year is another factor in the sudden cold snap.

“La Niña tends to delay the onset of the frost season, in fact it contracts it to be a fairly short season,” he says.

Rather than an isolated cold system, Stone says the current cold weather is part of the larger La Niña pattern that is now predicted to last into next year.

That will bring a flattening of temperature ranges this winter, with cooler than average daytime highs but warmer than average overnight lows for most parts of southern Australia.

Stone says that also means more rain throughout winter and into next spring and summer, raising the spectre of more floods like those seen at the start of this year.

“So the risk is there again for another wet summer – we don’t yet know how intense it will be, which will govern whether we see flooding like we saw earlier this year.”

The Examine newsletter explains and analyses science with a rigorous focus on the evidence. Sign up to get it each week.