PIERS Morgan had a furious debate with "irritating" Good Morning Britain guest Peter Hitchens who claimed the government's response to the coronavirus crisis was "disproportionate".

Hitchens, a Mail on Sunday columnist, has accused the government of resorting to "risky and frantic measures" and said the virus that has killed more than 38,000 worldwide was "not serious enough to warrant putting most of our population into house imprisonment". 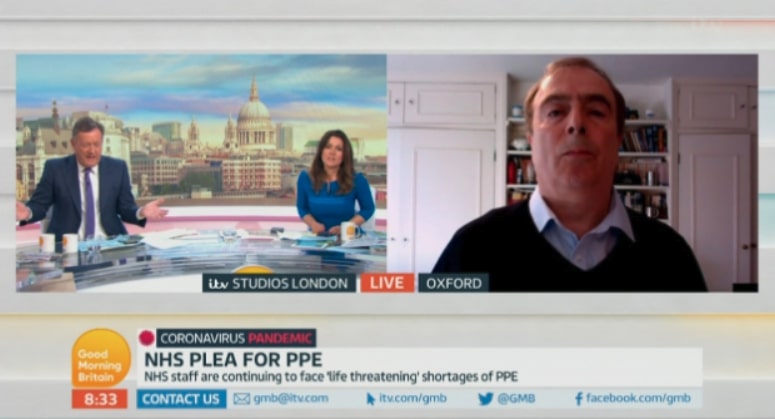 In a debate today on the police's "heavy handed" actions, Hitchens described the response to the pandemic as "disproportionate…to the danger that we may face".

He said he supported former Supreme Court Judge Lord Sumption's comments yesterday, who warned the public was reacting with "collective hysteria" over the deadly virus.

Lord Sumption also criticised Derbyshire Police for having "shamed our policing traditions". The force were criticised for dumping black dye in a lagoon to discourage people from visiting the countryside.

Hitchens said he agreed with Lord Sumption – who said yesterday: "Is this serious enough to warrant putting most of our population into house imprisonment, wrecking our economy for an indefinite period, destroying businesses that honest and hard-working people have taken years to build up, saddling future generations with debt?"

When he was interrupted by Morgan, Hitchens snapped: "If you shut me up in the middle of what I'm trying to say…

"That's your power, but it's not actually a good thing for you to do."

Morgan told the pompous guest: "We've given you plenty of time."

Hitchens replied: "No you haven't, you've hardly given me anytime at all.

The outspoken GMB presenter told him: "Can you stop being irritating for the sake of it, it's pointless. Be considerate to the other guests please."

When Morgan said the crisis was "unprecedented", Hitchens replied saying that 17,000 people every year in the UK die from seasonal flu.

Morgan shot back: "If you're drawing any parallel between this coronavirus and regular flu, I am afraid you are talking complete nonsense."

Morgan then brought in another guest, Gabriel Scally, former regional director of public health, who dismissed Hitchen's comments as "nonsense".

He said: "Yes there is flu and yes there are viruses over the winter and over that period we do have more deaths because of those viruses, but that’s over a period of four to six months.

"The problem with coronavirus is the intensity of the illness it produces, and secondly that it comes as a wave or a tsunami, and you can see that in Italy, and it would overwhelm the best prepared health service in the world."

In his blog, that he repeatedly plugged on the show today, Hitchens wrote: "Governments all over the world are resorting to risky, frantic measures which make Jeremy Corbyn's magic money tree look like sober, sound finance.

"Much of this has been made far worse by the general shutdown of the planet on the pretext of the coronavirus scare.

"Avoidable deaths are tragic, but each year there are already many deaths, especially among the old, from complications of flu leading to pneumonia.

"The coronavirus deaths, while distressing and shocking, are not so numerous as to require the civilised world to shut down transport and commerce, nor to surrender centuries-old liberties in an afternoon."

It comes as new figures today suggests the true toll of deaths across the country from Covid-19 is higher than reports from hospitals.

Data from the Office for National Statistics for England and Wales shows there were 24 per cent more deaths relating to Covid-19 up to and including March 20, compared to hospital-only data for the same period. 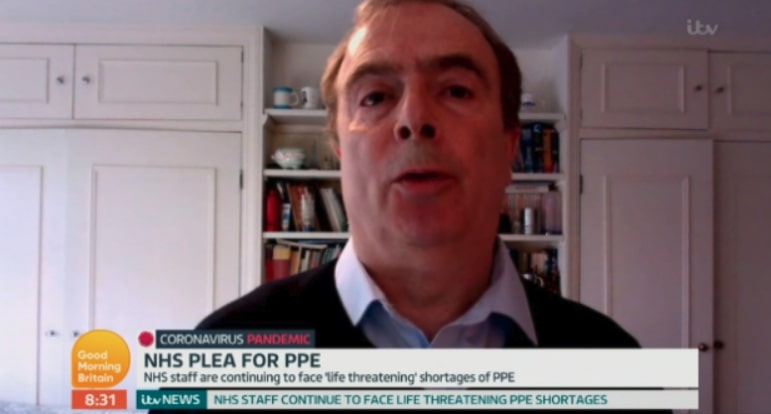