Philippines’ Duterte to run for vice-president 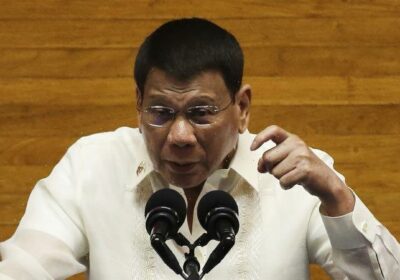 Manila: Philippine President Rodrigo Duterte, 76, has accepted the ruling party’s vice-presidential endorsement, solidifying his bid to stay in a top government post once his term ends next year. 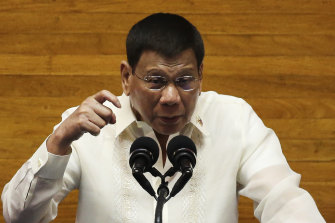 Philippine President Rodrigo Duterte will extend his rule but as vice-president.Credit:AP

Duterte agreed to run due to “popular calls” within the PDP-Laban for him to seek the second-highest post, the party said in a statement on Tuesday. The ruling party, which will convene next month, is also seeking continuity in the administration’s economic and “war on drugs” agenda.

By law, Duterte is not allowed to seek a second term as president, but he has previously said he had unfinished business to complete.

His former aide, Senator Christopher “Bong” Go, in early August said he was open to running for president next year if the leader would be his running mate.

An alternative has also been canvassed: that of Duterte running on a ticket with his daughter Sara, who succeed him as mayor of their home city of Davao on the southern island of Mindanao.

The mercurial former mayor’s critics have questioned the legality of him becoming vice president because he could retake the top post if the president dies, resigns, or is removed from office, Reuters reported.