A pervert policeman was jailed for eight years for grooming two schoolgirls for sex – and was caught after he was sacked from North Wales Police Force for stalking a female officer.

Shamed Stuart Bradshaw, 34, of Hawarden, North Wales, was paid to protect the community when he targeted two girls aged 13 and 15 for ‘completely depraved’ online sex chats.

A court heard the PC used aliases with the underage girls by posing as a teenage schoolboy to persuade them into sex acts and trying to arrange meetings. 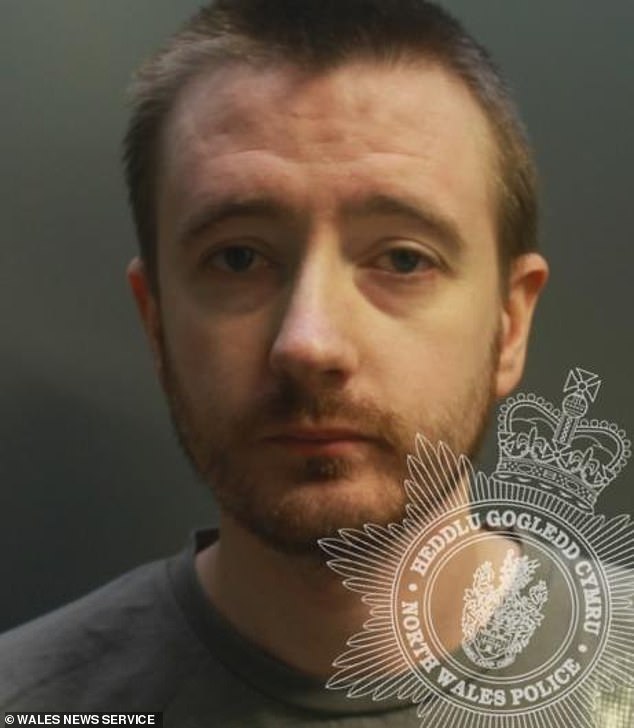 Stuart Bradshaw, 34, was sentenced to eight years in jail for grooming two girls aged 13 and 15

His grooming came to light after Bradshaw was kicked out of the North Wales Police for stalking a female police officer – and hacking into her social media accounts – in 2017.

Bradshaw developed an ‘unhealthy obsession’ with fellow officer Emma Dinning, then 28, after meeting her through a dating website.

She ended their short-lived relationship – but Bradshaw accessed her Snapchat account more than 250 times to look at photographs including in her underwear. He was sacked from the force after admitting stalking.

But his former colleagues were then tipped off that ‘creepy’ Bradshaw had been grooming the two girls before he was sacked. 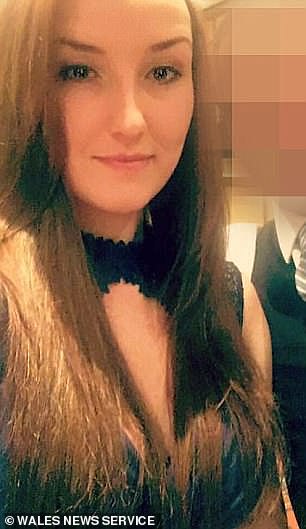 Elen Owen, prosecuting, said one schoolgirl believed he was a schoolboy only slightly older – and she regarded him as her boyfriend.

Bradshaw had called himself Simon Jones in his chat with the first girl. He had encouraged her to carry out sexual acts.

Miss Owen said: ‘When she was still only 14, he had arranged to met her in London but the girl’s father learned of her trip and stopped her. They did eventually meet at a seaside resort in Essex when she was 16.’

The second girl received a friend request from a Justin Lambourne – also an alias of Bradshaw.

Ms Owen said the girl became aware Bradshaw had appeared in court for the stalking charge in 2017 and contacted his former police colleagues.

His electronic devices were examined to find the email address and telephone number of the first girl.

Bradshaw was then arrested. He later admitted charges of causing a child to engage in sexual activity between August 2011 and August 2014.

He also admitted similar charges against a second girl between June 2012 and June 2013.

‘At the time you were a police officer, trusted and expected to protect the community, yet in the privacy of your home you were doing quite the opposite.

‘This was seriously depraved behaviour. Your behaviour involved repeated targeting of young girls who have quite enough on their plate without the likes of you seeking them out and pressurising them into various forms of sexual activity.’ 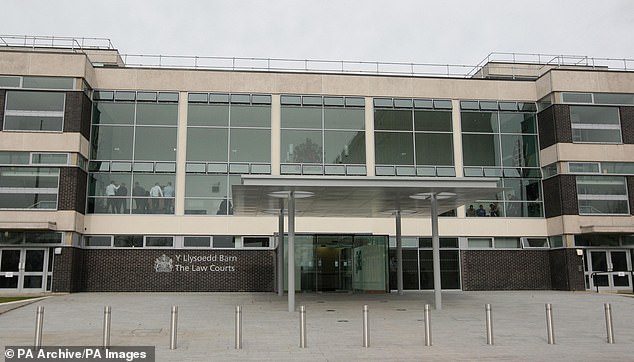 Bradshaw was put under an indefinite Sexual Harm Prevention Order and must sign the Sex Offenders Register.

The judge paid tribute to the hard-work of his former colleagues at North Wales Police after it was reported by the victims.

He was only caught after fellow police officer Miss Dinning raised the alarm – because he ‘blitzed’ her with texts saying that he would never give up on her and sent gifts including jewellery and flowers.

She sent ‘creepy’ Bradshaw a message telling him to leave her alone, but he replied that he had a photograph of her with her new partner.

Miss Dinning later reported Bradshaw, who threatened to harm himself, to the police.

Bradshaw was spared jail after he admitted stalking Miss Dinning – and handed a 12-week suspended sentence at Flintshire magistrates.

He was also banned from contacting Miss Dinning for five years.

Miss Dinning, who works for West Midlands Police, said she had let Bradshaw into her life for a short time after meeting him on the dating website Plenty of Fish.

She added: ‘I have a new life, I have moved on. But I feel that he is lurking in the background and is still haunting me.’