Peruvians head to polls in referendum on anti-corruption reforms Lima (Reuters) – Peruvians began voting on Sunday in a referendum on a raft of political and judicial reforms introduced by the new government of President Martin Vizcarra aimed at stamping out corruption and cronyism in one of Latin America’s most promising economies. 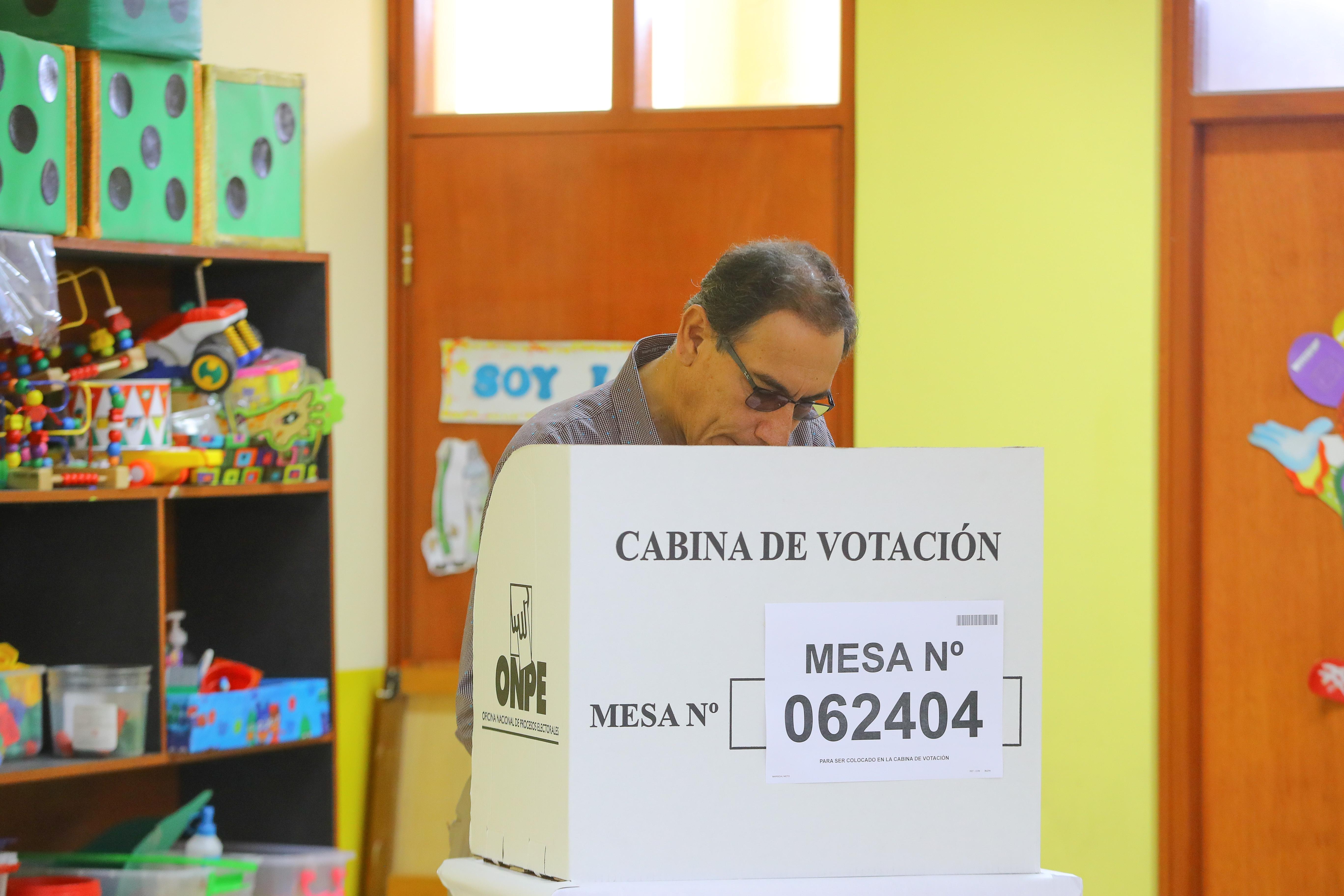 The proposals were announced in August following a series of corruption scandals involving high-ranking officials and politicians, and were reluctantly approved by a unicameral congress dominated by the opposition.

The referendum asks Peruvians whether or not they agree with the creation of a second chamber in congress and a ban on the re-election of lawmakers.

A total of 24.3 million eligible Peruvians are set to vote on whether to approve a bill that regulates the financing of political parties, and the overhaul of the National Council of Magistrates, a seven-member panel that selects and oversees judges and prosecutors, following an influence-trafficking scandal in July.

Election day began at most polling stations at 8 am local time (1300 GMT) with the polls set to be open for eight hours. The vote is mandatory in Peru, under penalty of a fine.

Vizcarra, who took office in March after the resignation of Pedro Pablo Kuczynski amid accusations of corruption, has been accused by the opposition of politicizing the vote, resulting in a lack of enthusiasm among Peruvians weary of politicking and scandal.

“We are not saying that these reforms will resolve the problems. This is a preliminary step,” Vizcarra told journalists on Sunday as he voted in the southern region of Moquegua.

He has backed all the proposed reforms except for creation of a bicameral congress. Vizcarra said that had been “distorted” by the current congress at the last minute, by removing legislative control from the executive in favor of the new chambers of deputies and senators.

The last bicameral congress was dissolved by then president Alberto Fujimori in 1992, when he accused parliament of obstructing security and economic reforms. His detractors said he had done so to frustrate corruption investigations and consolidate his power.

A poll by Ipsos Peru released on Saturday said that a large majority of Peruvians would vote in what is likely to be seen as a political victory of President Vizcarra against the powerful Conservative opposition led by former presidential candidate Keiko Fujimori.

Keiko Fujimori was detained in October pending investigation into her party’s alleged receiving of cash from the Brazilian construction company Odebrecht for its 2011 campaign. [L2N1WQ14A]