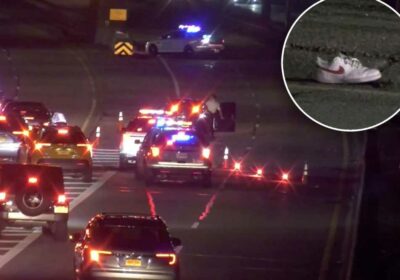 A man was struck and killed by a car when he tried to cross the Grand Central Parkway in Queens, police said.

The deadly incident occurred late Friday, around 11:45 p.m., when the pedestrian ran across the highway and was hit in the westbound lane near Roosevelt Avenue, by a 2006 Volkswagen Jetta, cops said.

The victim was found unconscious in the roadway with “severe body trauma,” police said. He was pronounced dead at New York-Presbyterian Hospital-Queens.

The 20-year-old Jetta driver remained at the scene and was not hurt. There are no arrests and police said the investigations remains ongoing.

Cops did not immediately release the name of the victim on Saturday.