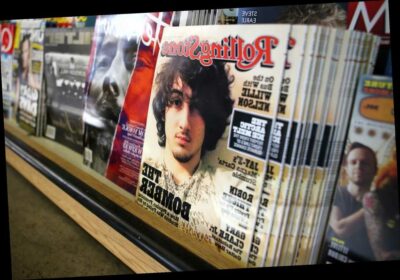 If you’ve always wanted to join the storied list of writers like Hunter S. Thompson, Lester Bangs and Cameron Crowe who have called Rolling Stone home, you’re in luck — but it’s going to cost you.

The famed magazine has sent emails to proposed members of a new “culture council” it created, alerting them that they, as “thought leaders,” can pay a whopping $2,000 to help “shape the future of culture”, according to a new report by The Guardian.

Supposed future members of this culture council were told they had the chance to join “an invitation-only community for innovators, influencers and tastemakers,” the paper reports and email suggested “that those who pass a vetting process – and pay a $1,500 annual fee plus $500 up front – will ‘have the opportunity to publish original content to the Rolling Stone website.’”

Exposure on the website, the email said, “allows members to position themselves as thought leaders and share their expertise”.

On the Culture Counter website, it notes: “Being published in one of the best-known entertainment media outlets in the world sets you apart as a visionary, leader, and bold voice in your industry…Not a writer? No worries. We have a dedicated editorial team to guide you through the writing and publishing process.”

There are pieces that are already published on the site, including a set of positive predictions for about the cannabis industry, written by a PR executive who works for a cannabis maker, and another story about the social benefits of sports betting by someone who founded an online sports betting community, the Guardian reported.

For a fee, membership includes publishing, networking (which the site describes as “Join a vetted network of innovators in the multi-faceted entertainment industry who are doing inspiring work. Each member adds a unique vibe and perspective to the community.”) and of course “impact.”

The legendary music and news magazine, once owned by Jann Wenner but sold in 2017 to Penske Media Group for $100 million, seems to now be following in the path of Forbes, which also runs a similar money-making scheme.

As well as the chance to have their work published on RollingStone.com, the email noted other benefits, according to the Guardian, which included contact with peer network in their industries snd more. The invite is for people involved in food, music, entertainment and cannabis.