A terrified Pauline Hanson got stuck while climbing Uluru in protest at the decision to stop visitors ascending the rock.

The One Nation leader has been a vocal critic of the move to prevent people from climbing the famous rock and on Thursday defiantly attempted to scale it.

But in new footage of her effort, the politician struggled to make her way up the monolith in the Northern Territory and complained she could not get down.

‘Seriously, I cannot get down here. My boots are that b****y old,’ she said as she shuffled along the rock in a preview for an A Current Affair segment on Monday night.

The senator is reported to have only made it 40 metres up the rock before turning back.

She later told the ABC the short climb had been ‘scary’ and that she understood why the rock should be closed for safety reasons. 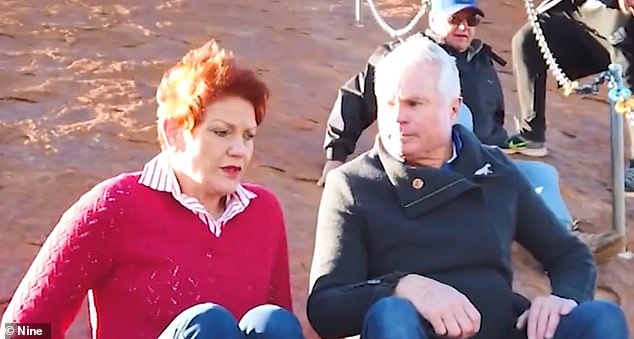 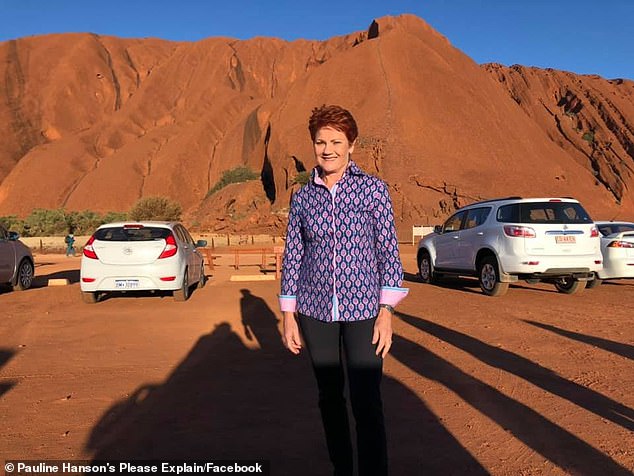 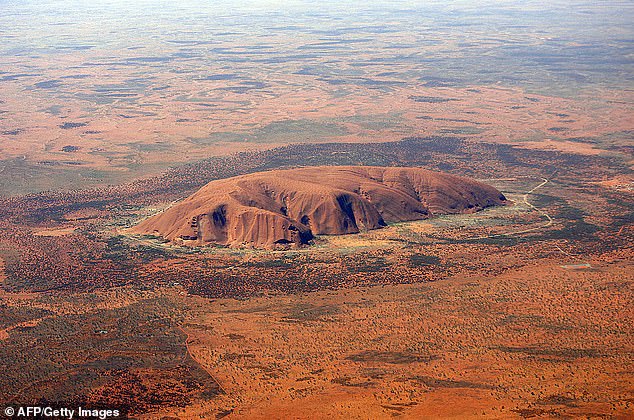 ‘I respect the decision that there is not enough safety with regards to the rock,’ she said.

‘I respect the decision that their people, their kids, are not getting jobs. They’re bringing in Aboriginals from outside to fill the positions that should belong to their own people.’

Uluru will be closed off to climbers in October after a decision was made to prevent future scaling of the sacred site.

Ms Hanson had touched down in the Northern Territory earlier this week and made known her intention to climb the rock in defiance of the ban.

She has previously aired her disagreement and even compared shutting down the iconic rock to closing Bondi Beach in Sydney’s east.

She said the sacred rock should remain open for climbing because ‘we’ve been climbing the Ayers Rock, or Uluru, for many years’. 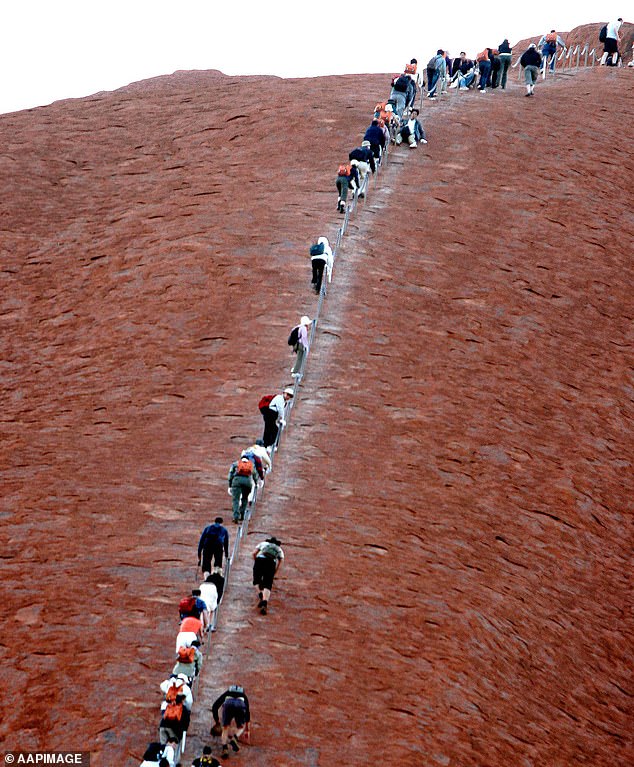 ‘People have been climbing the rock all of these years and now all of a sudden they want to shut it down?,’ Ms Hanson told Deb Knight on Channel Nine’s Today.

Senator Hanson said October’s closure of the climb was ‘ridiculous’, pointing out that it provided significant revenue to the local indigenous community.

‘The Australian taxpayers put in millions, hundreds of millions of dollars into it and they’re wanting another $27.5 million to upgrade the airport there for the resort,’ she said.

‘Now the resort has only returned $19 million to the taxpayers only just recently. It employs over 400 people there, 38 per cent are Aboriginal and Torres Strait Islanders.

‘It’s money-making. It’s giving jobs to indigenous communities, and you’ve got thousands of tourists who go there every year and want to climb the rock.’

WHY DID ABORIGINAL ELDERS ASK FOR A BAN ON CLIMBING ULURU?

It was announced in November 2017 that climbing Uluru, considered a sacred site by the local Anangu people, would be banned from October 26, 2019.

Uluru-Kata Tjuta National Park’s board of management, made up of a majority of Aboriginal traditional owners, unanimously decided to close the climb.

Traditional owner and board chairman Sammy Wilson said on behalf of the Anangu people it was time to do so.

‘We’ve talked about it for so long and now we’re able to close the climb,’ Mr Wilson said. ‘It’s about protection through combining two systems, the government and Anangu.

‘This decision is for both Anangu and non-Anangu together to feel proud about; to realise, of course it’s the right thing to close it.

‘The land has law and culture. We welcome tourists here. Closing the climb is not something to feel upset about but a cause for celebration. Let’s come together, let’s close it together.

‘If I travel to another country and there is a sacred site, an area of restricted access, I don’t enter or climb it, I respect it. It is the same here for Anangu. We welcome tourists here. We are not stopping tourism, just this activity.’

On 26 October 1985 Uluru and Kata Tjuta – formerly known as the Olgas – were handed back to the Anangu people.