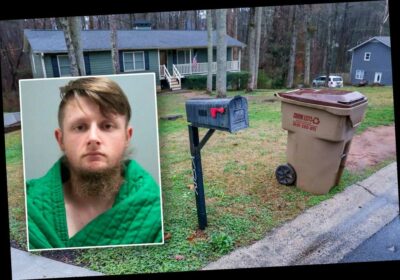 The parents of the alleged Atlanta spa shooter helped authorities track him down and bring an end to any more potential bloodshed, officials said Wednesday.

Robert Aaron Long, 21, was tracked down and apprehended by cops after allegedly shooting dead eight people at three Atlanta-area spas on Tuesday — possibly while on his way to Florida to continue the carnage.

“We were able to put that out on our social media. Shortly thereafter, we were contacted by members of [Long’s] family indicating that that may be their son,” said Reynolds. “They’re very distraught. And they were very helpful in this apprehension.”

Having identified Long, authorities were then able to track his phone and alert police in nearby jurisdictions to be on the lookout.

Long was eventually caught by Georgia state troopers, but not before allegedly gunning down another four people at an additional two spas in Fulton County.

Without his parents’ help, however, the carnage could have been even worse, authorities said.

“We are really appreciative of the family,” said Capt. Jay Baker, also of the Cherokee County Sheriff’s Office, during the Wednesday briefing. “Without them, this would not have happened as, well, as quickly as it happened. They were very supportive, and certainly this was difficult for them.”

Authorities have said that it is too early to determine a motive in the shootings, but that Long has denied being spurred by racial bias, even though six of the eight victims were Asian women.

Rather, Long has claimed to suffer from a sex addiction, according to investigators.

“He has an issue that he considers a sex addiction and sees these locations as something that allows him to go to these places,” said Baker. “It’s a temptation for him that he wanted to eliminate.”

Long has been charged with multiple counts of murder and assault.