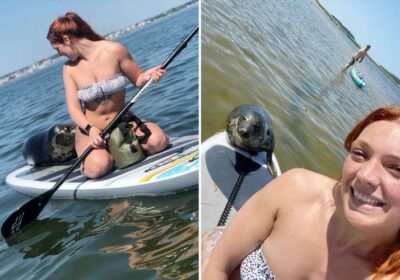 THIS is the moment a paddleboarder scored a hilarious selfie with a SEAL who jumped onto her board and sunbathed as she cruised around a Dorset bay.

Rachael Towers said the young seal made a bee-line for her board while she and friend Sam Ball were out in Poole Harbour. 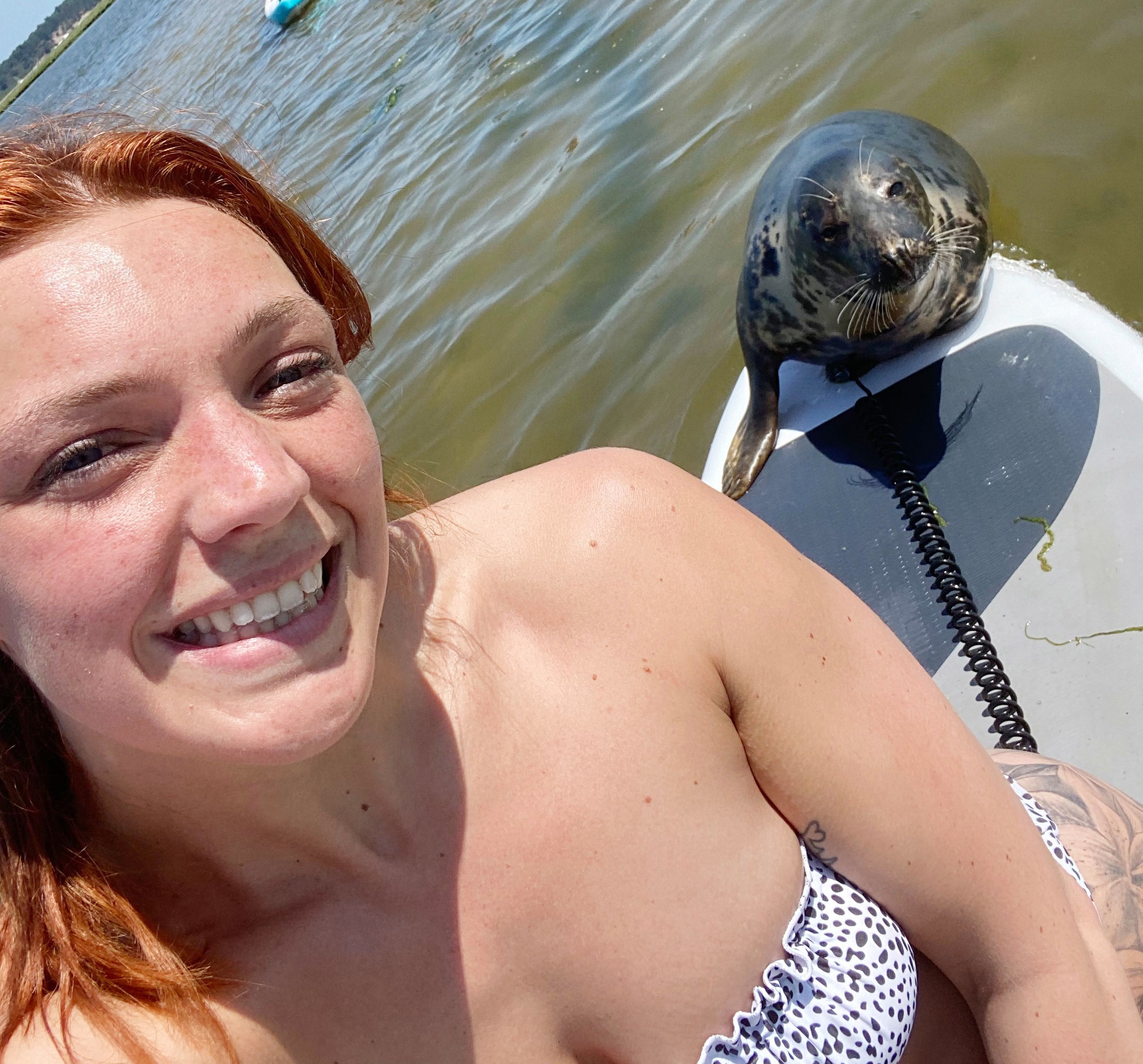 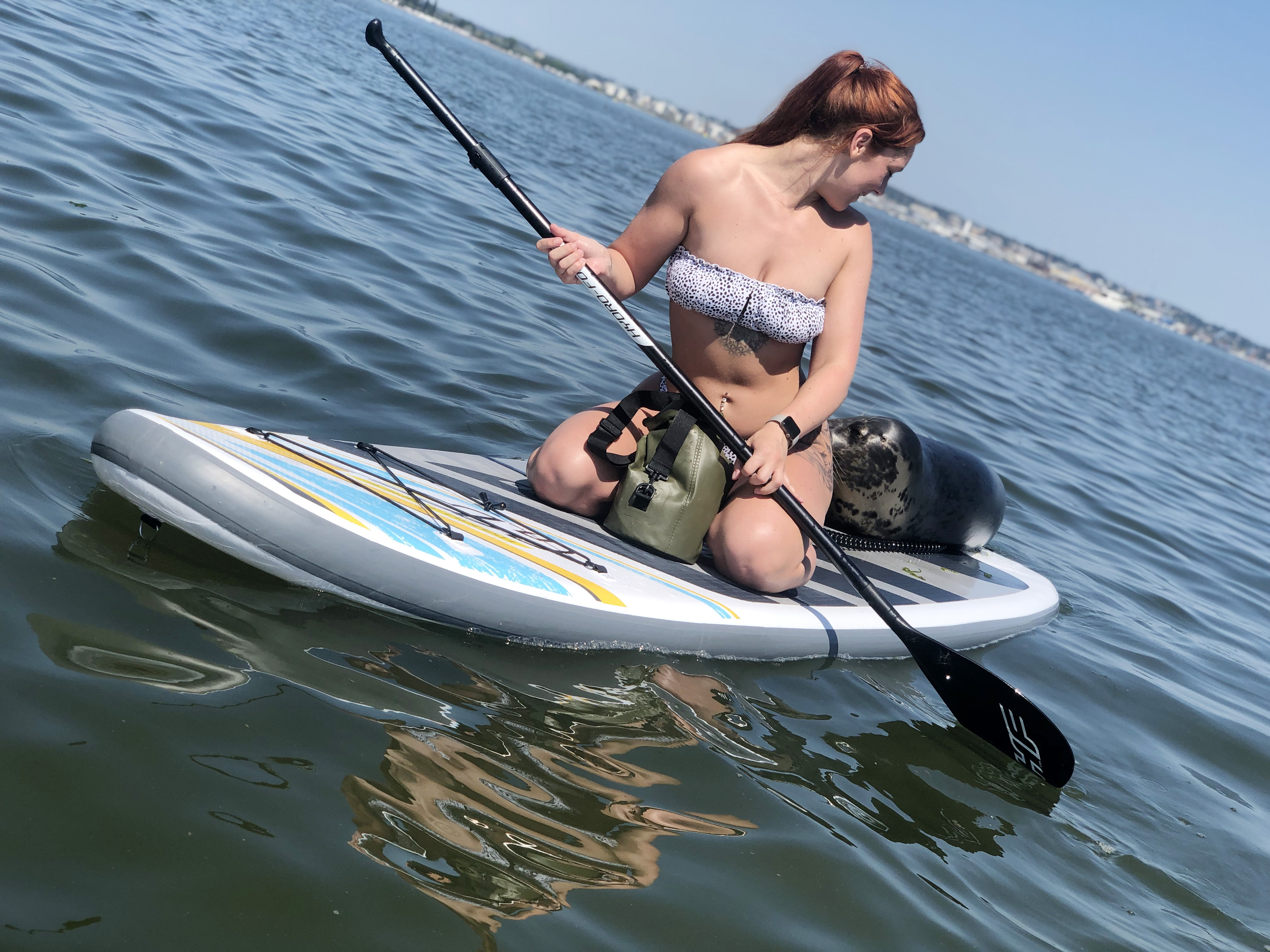 Initially she was terrified it was going to burst her inflatable board with its sharp claws.

But the marine mammal spent half-an-hour in their company, happily jumping on and off Rachael's board.

Rachael, a 24-year-old recruitment advisor from Dorchester, said: "My friend Sam and I were taking our paddleboards out.

"He saw the seal popping up and down near some other paddleboarders and said 'let's go over' but I said absolutely not.

"I didn't want it on my board, I was petrified.

"Then the seal poked its head up, clocked me and just started making a bee-line towards me.

"When it climbed on it rocked my board so much because he was huge.

"He just sort of slithered himself on and scooched up really near me so his whole body was out of the water.

"He just sat there for a while and was even yawning at one point – I was a bit worried when I saw all his teeth.

"But after a while I realised he wasn't going to scratch or bite me so I started paddling around a little bit.

"He was jumping off my board, swimming around for a bit then jumping on Sam's board.

"He was just so tame and really friendly. We named him Simon.

"I think he was probably around us for about an hour but actually on our boards for about half an hour.

"He was such a show pony, he was playing up for everyone.

"I've never experienced anything like it. I'm still so new to paddleboarding, but I can't see how I'll top that." 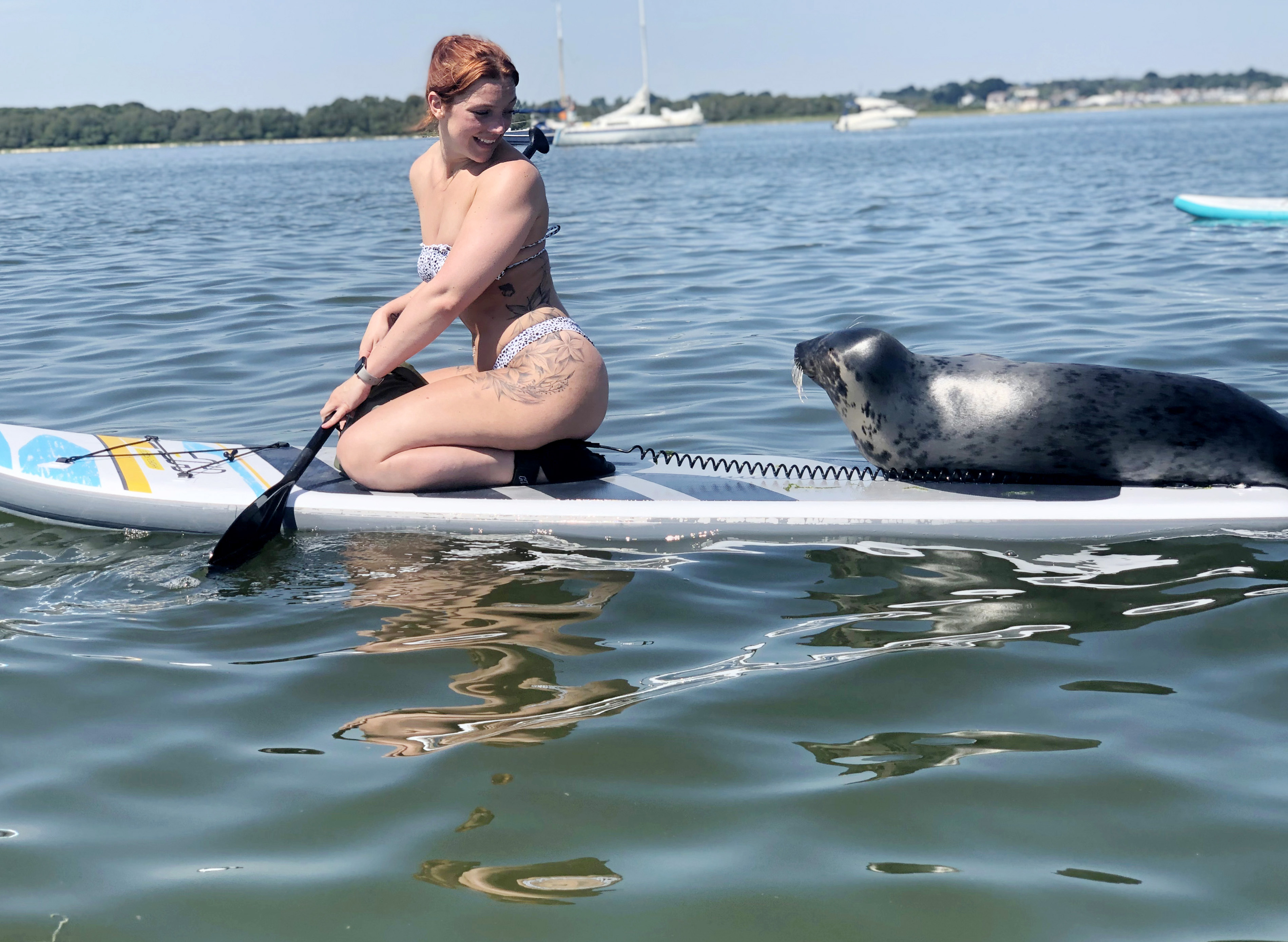