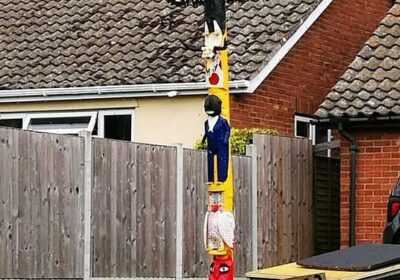 The owner of a twelve-foot Native American style totem pole has been forced to repaint it after neighbours complained to police it was racist.

The wooden statue – used by traditional native tribes for the last 200 years – showed an eagle, an owl and black and white ‘golliwog’ figure.

But police were called in at Brantham, Essex after claims of ‘racism’ from locals.

And now the owner of the controversial pole has agreed to repaint it after a warning that although not a ‘hate crime’ it could have led to a public order offence’. 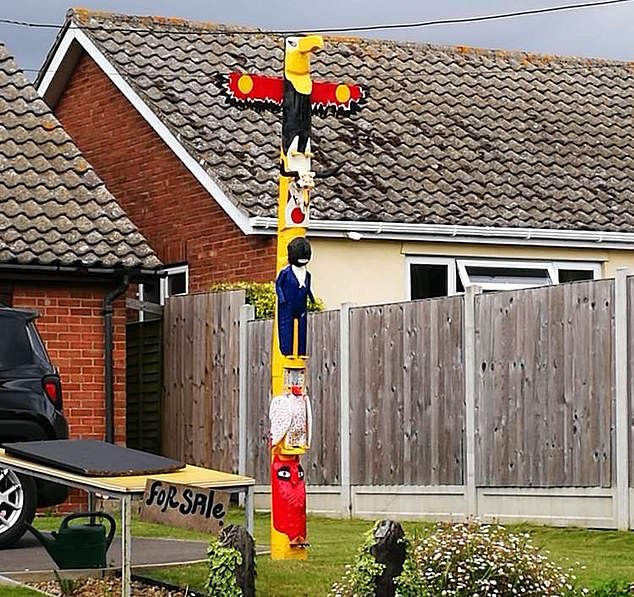 They were told due to it causing alarm and distress to members of the public it should be moved from public view.

It is understood the occupants considers the totem pole to be art and had no intention of it being perceived as racist or hateful.

But they have agreed to repaint it in the hope that will stop people deeming it potentially distressing or offensive. 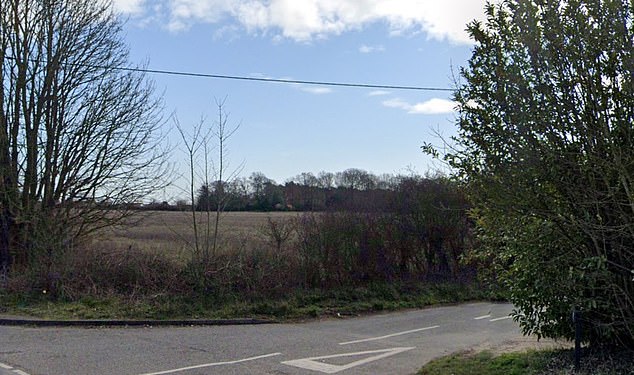 The village of Brantham, Essex, has been agape over the totem pole since it first went up

One villager said: ‘It is pretty clearly meant to be a Negro figure, wearing a tuxedo and cravat or bow tie, dressed like a black-face minstrel, golliwog or similar figure, so fairly 20th century.

‘It’s not an American Indian symbol, nor as abstract as any such symbols might be.

‘It is what it looks like and it is clearly meant to be offensive.’