Dane Andreas Hvid posted the x-rated image on his own website and in a video he later unveiled on YouTube. 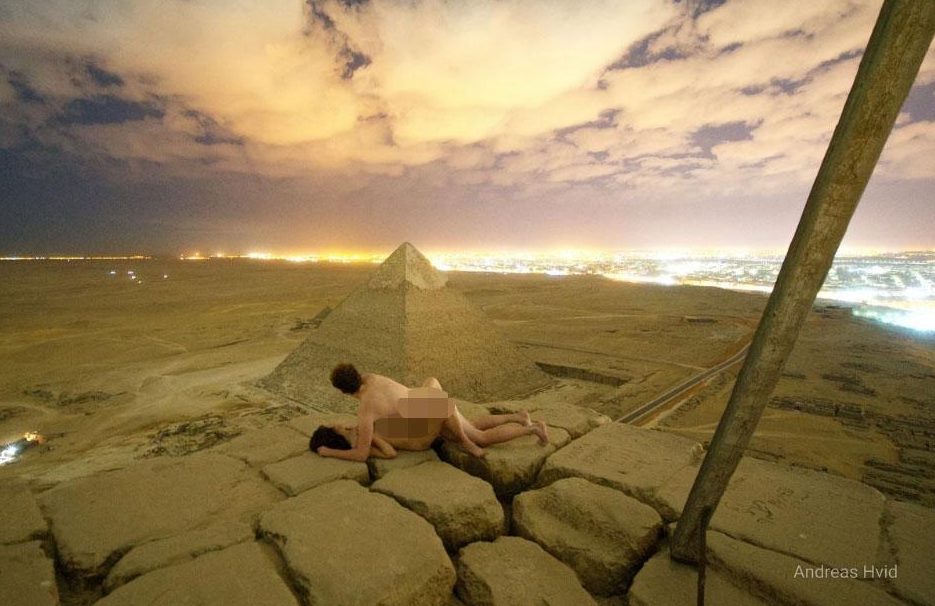 The footage – which has since been deleted – shows the lensman and the unnamed woman reaching the 455ft top and looking out over the view of Cairo below.

An explicit still picture which is inserted into the video then shows Hvid on top of the woman who is lying on the summit of the 4,500-year-old pyramid.

The Egypt Today website says he wrote in the description for the video: "In late November 2018, a friend and I climbed the Great Pyramid of Giza.

"Fearing to be spotted by the many guards, I did not film the several hours of sneaking around at the Giza Plateau, which lead up to the climb." 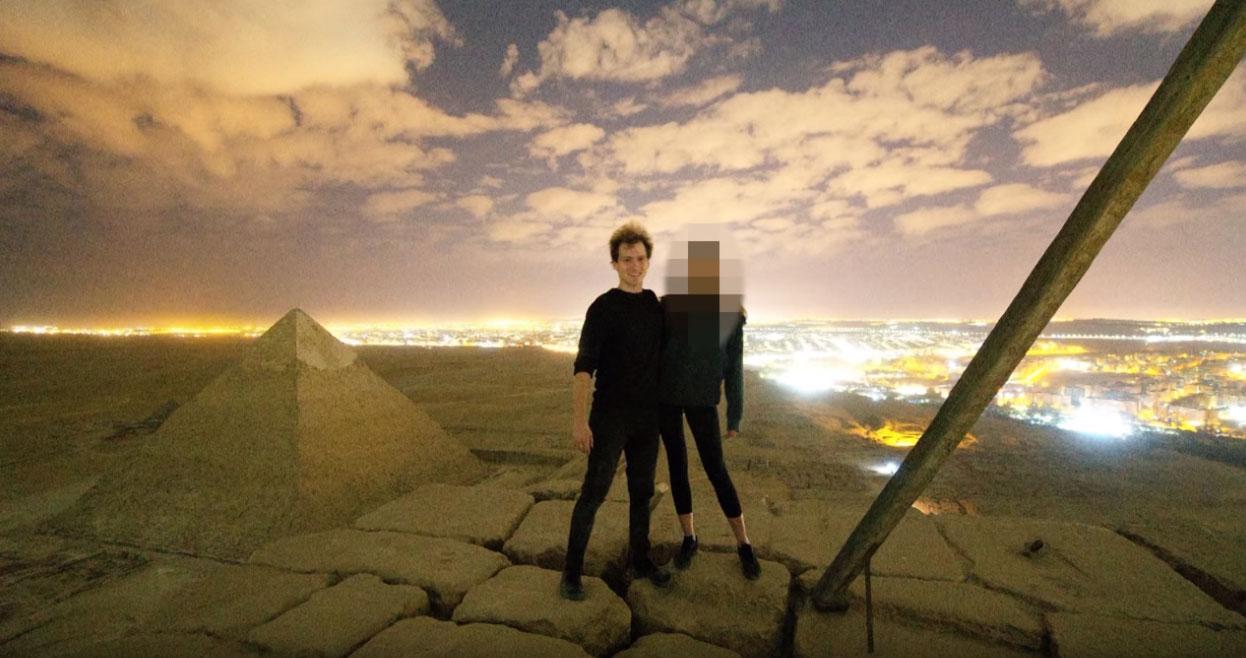 State news agency Ahram Online has since revealed the minister of antiquities Khaled el Anany had referred the case to the prosecutor general for investigation.

He said the action was a violation of public morality and the incident and video would be investigated at the highest level.

Just climbing the pyramids beyond a certain level is forbidden and the whole site is out of bounds after 5pm, after which it is patrolled by cops.

Egypt, a mostly Muslim country, regards the pyramids as among its most important monuments.

The site's archaeological director, Ashraf Mohi, had previously said he believed the video was fake because of an unexplained "illumination" near the horizon.

The pictures and video are said to have been shared hundreds of times on social media, with an angry reaction from many of those who commented.

One of the latest posters, Martin Eiler, who commented on Facebook after the image had been removed from that site, said: "Andreas; think about and remove your pyramid (picture) from your website. It's not legal, but what's worse is that it's not okay at all…"

Earlier this year, we told how a model who stripped naked at Karnak Temple in Luxor was thrown into jail.