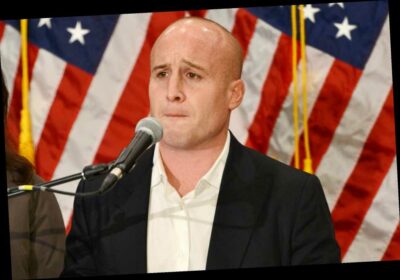 The bloom is off Max Rose’s mayoral dreams.

The outgoing New York congressional representative scrapped any plans to run for Big Apple mayor on Sunday — less than a month after appearing to throw his hat in the ring.

“After serious consideration, I will not be running for Mayor of New York this year,” the Democrat wrote in a Sunday Instagram post.

In removing himself from the overstuffed field, Rose said that those running for mayor need to understand the deep skepticism with which many New Yorkers have come to view City Hall.

“I urge every candidate to recognize that across the five boroughs no one believes that City Hall is on the side of the working class,” he wrote. “People are scared and unsure if the New York they love will still exist in the years to come.

“The next mayor can’t just balance the budget, he or she must build a social contract that leaves no one behind,” he continued. “New York City can set the governing example for the rest of the world.”

Though he won’t be gunning for City Hall — at least not yet — Rose vowed that he won’t be removing himself from trying to better the city.

“While I won’t be a candidate for Mayor this cycle, I am not going anywhere in the fight to make our city and country live up to their promise,” he wrote.

Still, Rose said that he was looking forward to spending more time with his family.

“My son Miles just learned how to crawl and is getting awfully good at standing on his own,” he wrote. “So wish Leigh and I luck in 2021 because, at this rate, Miles will be walking in no time — and God willing, we will adopt another beautiful baby into our family.”

Rose signed the post, “Forever a Friend and Ally.”

Even without Rose, the slate of candidates is expansive, including Comptroller Scott Stringer, Brooklyn Borough President Eric Adams and former sanitation commissioner Kathryn Garcia, among many others.