Home » World News » ‘One life event away’: Homeless urged to complete the census

‘One life event away’: Homeless urged to complete the census

Welfare groups expect next Tuesday’s census to record a significant increase in homelessness, particularly in regional areas because of unemployment and high rents caused by the pandemic.

Experts say as many as 20 per cent of homeless people weren’t counted in the 2016 census, which recorded 116,427 people were without a safe, secure place to sleep that night.

Homelessness advocates and welfare groups are working with the Australian Bureau of Statistics to encourage anyone who is homeless – or living in insecure and uncertain housing – to complete the census form accurately. It is the only national record of homelessness. 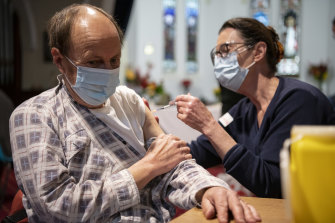 Come census day, visitors like Peter Gray who got the jab earlier this month at Reverend Bill Crews Foundation will also be reminded to complete the census. Credit:Photo: Wolter Peeters

St Vincent de Paul national president Claire Victory said homelessness was no longer that stereotypical person sleeping rough. “It’s people like you and me, just one life event away from a devastating change in circumstances – illness including mental ill health, relationship breakdown, loss of a spouse, domestic violence, or the loss of a job,” she said.

Mission Australia says the waitlist for social housing is ballooning, and there isn’t enough safe and secure housing.

To ensure this increased demand is reflected in the census, it is urging anyone who can’t say where they “usually live” to record their suburb as “none.”

Mission Australia’s chief executive James Toomey said contrary to popular belief, only seven per cent of families and people who were homeless were sleeping rough on the streets or in cars.

The vast majority were hidden from plain sight, couch-surfing or away from home due to eviction or a family dispute, and living in crisis accommodation, a shelter, refuge or a boarding house.

“If a housing or homelessness service has provided a person or family with temporary accommodation, they are encouraged to write ‘NONE – CRISIS’ under ‘Suburb/Locality’,” Mr Toomey said.

There were many reasons why the census under-reported the true amount of homelessness by as much as 20 per cent, said Mr Toomey. Many people, including refugees and migrants, didn’t disclose their status for fear of repercussions from government.

Others experiencing hidden homelessness – such as bunking down on someone’s couch, floor or garage – or living in their car – may not even be aware they were classified as homeless. In some cases, the owner or manager of a property – such as a boarding house or temporary lodgings – may not include all residents. 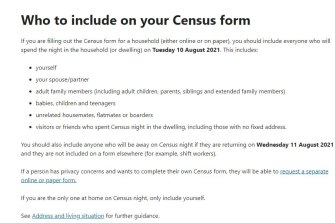 The 2021 census urges people to include unrelated housemates, flatmates or boardersvisitors or friends who spent census night in the dwelling, including those with no fixed address.Credit:ABS 2021 Census

The 2021 census asks anyone filling in the form on Tuesday, August 10 to include family members, and unrelated housemates, boarders and visitors who spent the night, including those without a fixed address.

At Rev Bill Crews Foundation in Ashfield, staff from the ABS will help visitors lining up for a free meal or the vaccine to complete the census.

Rev Crews said the demand for free meals and the need for affordable public housing was “off the charts”.

“If I am really blunt, governments know the situation, they really honestly know, they just don’t act upon it,” he said.

Georgia Chapman, director of the census’ inclusive strategies, said the data was used to plan and fund services such as emergency shelters, domestic violence programs and transitional housing.