One in four Jews in Europe have endured anti-Semitic abuse and more than a third are considering whether to emigrate, study finds

The largest study of anti-Semitism in Europe has found the scourge is on the rise across the continent.

Some 90 per cent of those surveyed reported anti-Semitism is rising in their country while almost a third had experienced harassment and 38 per cent considered emigrating.

Many of the Jews said they would not report hate-crimes because they felt nothing would be done.

The European Union Agency for Fundamental Rights (FRA) – an EU backed think-tank – followed up their 2012 study and found that respondents were experiencing an increase in hate. 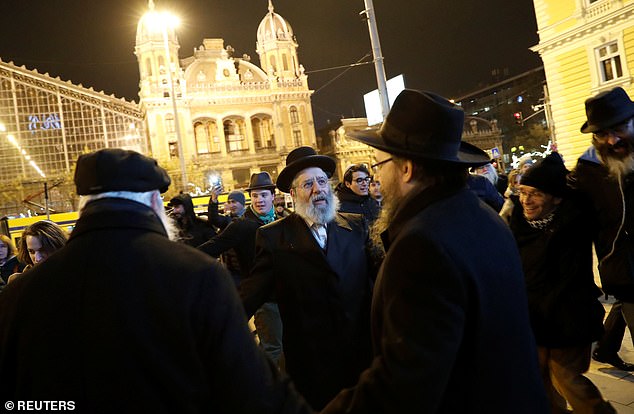 Members of Hungary’s Jewish community celebrate Hannukah in Budapest; 31 per cent of respondents in Hungary said anti-Semitism had increased ‘a lot’ in the past five years 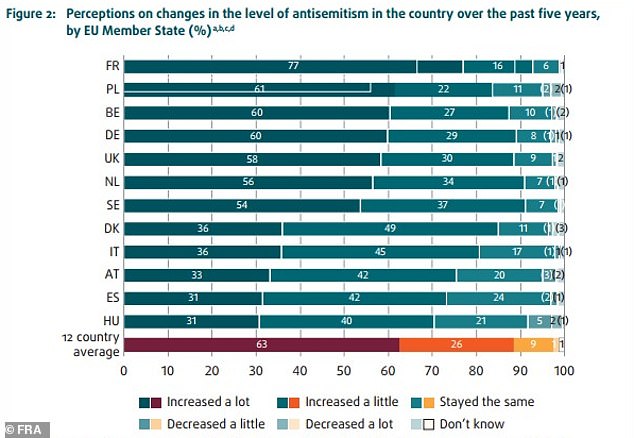 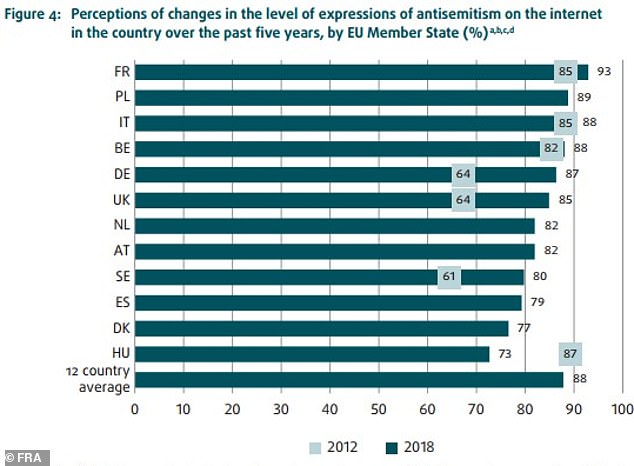 The results were taken from 16,395 Jews in Austria, Belgium, Denmark, France, Germany, Hungary, Italy, the Netherlands, Poland, Spain, Sweden and the United Kingdom.

These twelve EU states have the highest Jewish populations, accounting for 96 per cent of continent’s Jews.

FRA Director Michael O’Flaherty said: ‘Decades after the Holocaust, shocking and mounting levels of antisemitism continue to plague the EU.

‘Member States must take note and step up their efforts to prevent and combat antisemitism.

‘Jewish people have a right to live freely, without hate and without fear for their safety.’

Many Jews reported not feeling safe and deliberately avoiding Jewish areas of worship.

Almost half of those surveyed said they worried about being abused for their faith in the next year.

The news comes just weeks after the massacre of 11 people in a synagogue in Pittsburgh, Pennsylvania by a neo-Nazi. 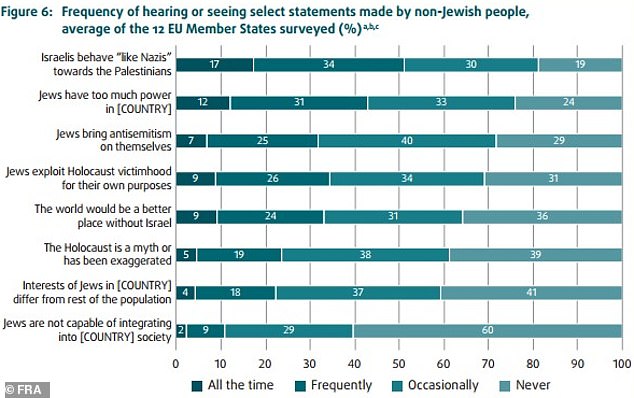 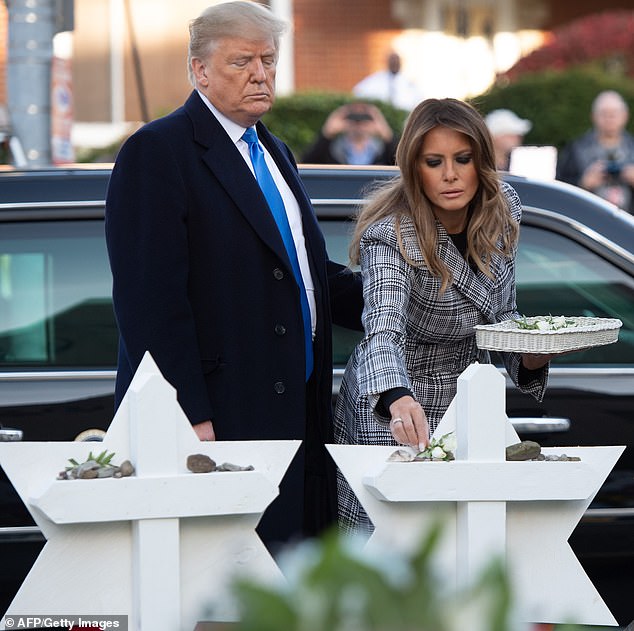 Donald Trump commemorates victims with First Lady Melania Trump; he spoke out after a massacre at a synagogue in Pittsburgh, Pennsylvania saying: ‘We must stamp out this vile hatred from the world’

How safe do Jews feel?

President Donald Trump condemned the murderer at a Menorah lighting afterwards, saying: ‘In the aftermath of that wicked assault, we reaffirmed our solemn duty to confront anti-Semitism everywhere it occurs.’

He declared: ‘We must stamp out this vile hatred from the world.’

Meanwhile in France – which has the highest population of Jews on the continent – Prime Minister Edouard Philippe recently warned against his country’s own Kristallnacht: ‘Each attack against one of our compatriots because he or she is Jewish resonates like new broken glass.’

Philippe announced on his Facebook page that there had been a 69 percent rise in the number of anti-Semitic acts reported to police in the first nine months of 2018 compared to the same period last year. 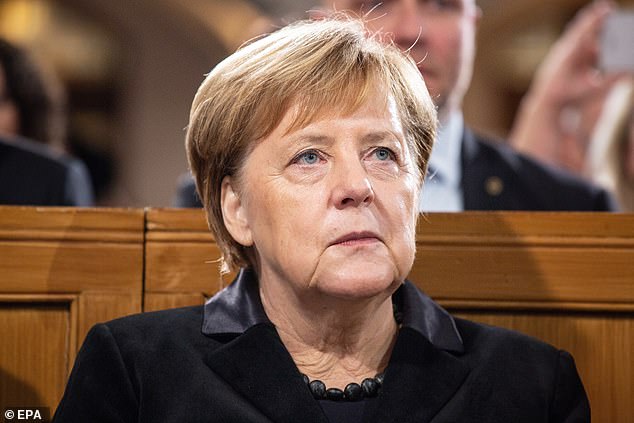 Angela Merkel attended a synagogue on November 9 to commemorate Kristallnacht on its 80th anniversary, saying: ‘We are also witnessing a worrying anti-Semitism that threatens Jewish life in our country’

How common is anti-Semitic hate crime?

In Germany Angela Merkel echoed those sentiments at a ceremony to mark the 80th anniversary of Kristallnacht on the weekend; she said that ‘Jewish life is blossoming again in Germany’ but warned, ‘We are also witnessing a worrying anti-Semitism that threatens Jewish life in our country.’

Meanwhile in the UK, the opposition leader Jeremy Corbyn – who looks increasingly likely to become Prime Minister – has been mired in an anti-Semitism scandal, with British police investigating the Labour party.

The FRA said that EU countries should work together to combat the problem and advised focusing up Holocaust education.