Ohio teen texted mom after killing newborn saying she was happy 'my belly is back OMG,' prosecutors say 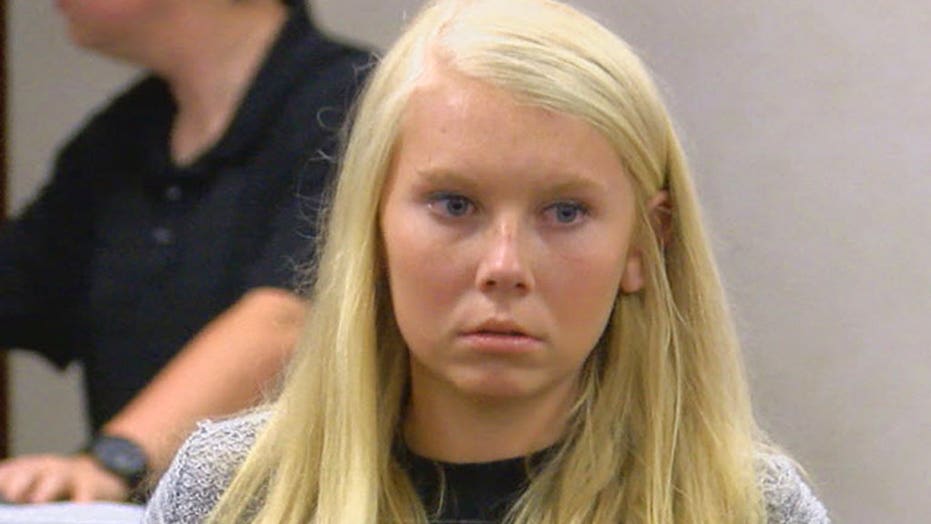 Hours after allegedly killing her newborn daughter and secretly burying the remains in her family’s backyard, an Ohio teen texted her mom: "My belly is back OMG," prosecutors say.

Opening statements in the case of Brooke Skylar Richardson, now 20, began Wednesday in a Warren County Court where she faces several charges, including aggravated murder, involuntary manslaughter, endangering a child, tampering with evidence and gross abuse of a corpse in the 2017 death.

Assistant prosecutor Steven Knippen told the court about texts messages Richardson allegedly sent to her mother hours after the child was buried, stating how she was “speechless” to have her body “back,” according to a court reporter for Butler County’s Journal-News. 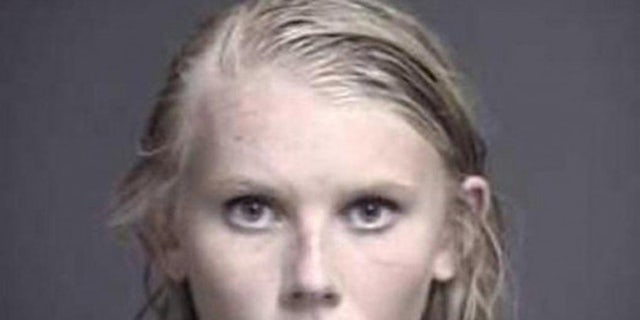 Prosecutors believe Brooke Skylar Richardson killed her baby on May 6 or May 7. The child’s body wasn’t found until July 14.

"I am literally speechless with how happy I am my belly is back OMG … " the text read.

Prosecutors say Richardson, a high school cheerleader, was informed by her doctor in April 2017 that she was pregnant and would be giving birth in a “matter of weeks,” FOX19 reported.

The then-18-year-old became extremely upset and told her doctor that she could not have the child and asked that she not tell anyone.

Days later, on May 7, she gave birth in the middle of the night. Prosecutors say she killed the baby and buried it in the backyard by a barbeque pit, disposing of all evidence.

MINNESOTA MAN CHARGED WITH MURDER AFTER DROPPING INFANT SON ON HEAD FOR BEING ‘DIFFICULT’: REPORT 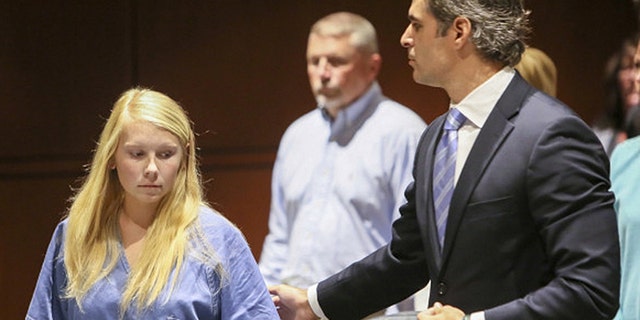 Residents of an Ohio town are angered after seeing Brooke Skylar Richardson, who was accused of killing her newborn baby, out to eat.
(AP)

A doctor notified police in July after Richardson returned to refill her birth control pills, unaware that this new doctor had been informed by her previous one about the pregnancy. Richardson was confronted and eventually confessed to burying the child.

Prosecutors said Wednesday that Richardson’s mother was obsessed with her appearance and constantly monitored her weight. They said the doctor’s office accidentally sent her an email about the teen’s pregnancy.

Richardson’s defense team claims that the child was stillborn and the teen reacted appropriately when she found out so late in the pregnancy that she was expecting. Her lawyer argued she suffered from eating disorders which affected her weight and menstrual cycle – making the clues harder to detect.

The defense said that Richardson named the child, buried her and placed flowers over the grave, according to the Journal-News court reporter.

Opening statements on Wednesday were followed by testimony from three witnesses.

If convicted, Richardson could face up to life in prison.