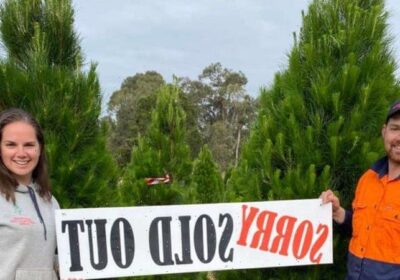 With less than two weeks to go before Christmas, some festive tree sellers have already put up ‘closed’ signs, sending families scrambling to find stock elsewhere.

Supply issues and high demand are among reasons Melbourne retailers are citing for running out of trees. 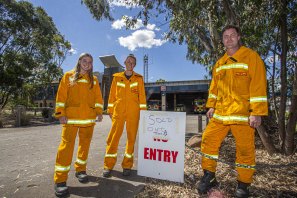 Diamond Creek Fire Brigade is among a number of suburban outlets whose deliveries have dwindled, and so they didn’t open over the weekend, which was to be their last for the year.

Fiona Macken, a lieutenant with the CFA brigade, said only 140 Christmas trees out of their usual 500 had been delivered and sold this season.

It means the brigade has lost thousands of dollars in what is their only fundraiser.

“It’s disappointing because we don’t like to let the community down,” Ms Macken said. “But we’ve had a lot of sympathetic comments on Facebook and hopefully people will come back next year.” 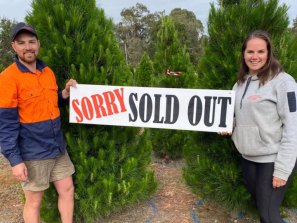 Peter Baranow, group leader of 10th Ivanhoe Scouts, said farms could only deliver 291 of the group’s trees to sell over the past two weekends, compared to 500 to 600 in a normal year.

He said suppliers were blaming a huge surge in demand, with many people staying home to celebrate Christmas rather than travelling. There has also been a shortage of labour on farms.

Mr Baranow said it was the Scout group’s major fundraiser — usually yielding up to $15,000 — so the shortfall may mean a rise in fees and a need to find other sources of income.

A Christmas tree retailer in Melbourne’s north-east, who didn’t want to be named, said he would close within days due to lack of stock, whereas in previous years he would close between December 16 and 20. 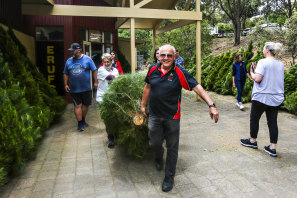 The retailer said: “There’s been a big demand for trees. I think a lot of people are going back towards fresh trees and not plastic.“

Anthony Mazzella, from Montrose Christmas Tree Farm east of Melbourne, said he had sold out of trees, which customers choose on site, on December 4, after being open for only eight days.

Mr Mazzella said the farm sold more than 1500 trees but could easily have sold 1000 more, going by ongoing phone enquiries and people still dropping in from as far as Williamstown.

He said the demand could be linked to the COVID-19 pandemic, with real trees adding to the Christmas spirit after “a pretty crappy year”.

Club president Tim Adams said customers had come to them when other local outlets’ supplies had dried up.

Mr Adams said the annual Christmas tree drive was “critical” to help fund the club, particularly when sales from the canteen and bar had been severely affected by COVID-19 restrictions.

Judith Bowman, owner of on-site pick and buy business Sunbury Christmas Tree Farm, hopes the farm will be open until Christmas Eve and said this year’s crop had benefited from favourable weather.

She had heard other farmers weren’t so fortunate, with their stock being damaged in storms.

“We’ve had a lot of people calling us about wholesale trees and saying their normal supplier hasn’t been able to help them,” Ms Bowman said.