Home » World News » Often studied, rarely prosecuted: How the mafia gets away with it in Australia

Often studied, rarely prosecuted: How the mafia gets away with it in Australia 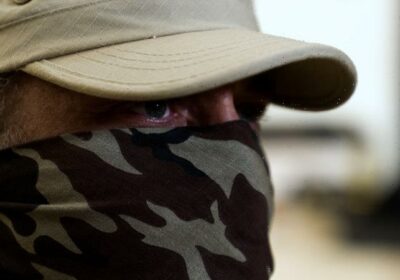 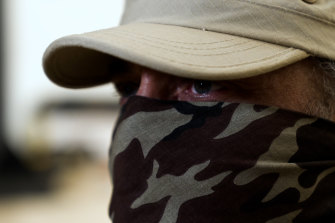 Chief Prosecutor Nicola Gratteri, the man described as taking on some of Italy’s most powerful N’Drangheta figures and a ‘dead man walking.’Credit:Nine

In mid-2015 in Melbourne’s north, a small group of wealthy businessmen left their phones at a nearby property and walked into a shipping container to talk. They really did not want anyone to hear their discussion.

But a clue to the business at hand may have lain in the identity of the most senior of them.

That same year the Australian Federal Police received a confidential intelligence brief, written by a senior Victoria Police official, identifying the most powerful boss of the Calabrian mafia, or ’Ndrangheta, in the country. The man was a multimillionaire with reach into Australian politics. The report said he was the subject of “consistent allegations from reliable sources over a 25-year period”, and identified him as “the ‘godfather’ of the ’Ndrangheta since at least the early 1990s”.

The businessman “has not only been the undisputed leader since this time but is a violent and feared man who has likely gone to drastic lengths to maintain power and amass wealth”, police reported.

The 2015 brief described consistent intelligence that “indicated he was involved in drug importation”. His closest advisers included well-known figures in Melbourne’s Calabrian community, including a prominent meat wholesaler, an accountant and a trucking company owner. While not mentioned in this report, the godfather’s outer circle of contacts included the founder of a large publicly listed company. 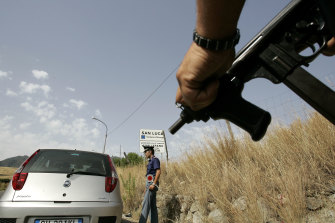 An Italian police officer at a roadblock near San Luca, a Calabrian town notorious as an organised crime stronghold.Credit:AP

The godfather, according to the report, had also “constructed deals with an OMCG [outlaw motorcycle gang]” and formed “connections at the waterfront to bypass authorities”. It said his amassed wealth didn’t tally with his declared income from his many “retail outlets” and “property deals”. The report also noted how some of his “Italian organised crime associates … had made several donations to the Liberal Party”.

Echoes of this seven-year-old briefing were heard this week when the AFP made a big noise with a media release and a press conference to reveal they had spent months mapping the mafia as part of a determination to prioritise their attack on Italian organised crime.

The announcement was immediately welcomed in some law enforcement circles, especially those in Italy, as long overdue. But it just as quickly sparked scepticism within state police forces, and even inside the AFP’s own ranks, with some police privately questioning whether it was more theatre than substance and whether the timing was aimed at impressing the AFP’s new minister, Attorney-General Mark Dreyfus. 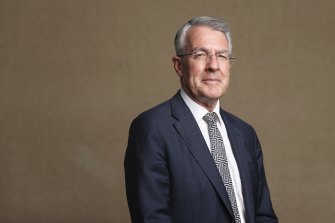 If raising public awareness of organised crime was the measure, the AFP press strategy was a success. News articles linked the mafia to bikies, large-scale money laundering and reports of up to 5000 mob members in Australia.

But for veteran Italian organised crime watchers in police circles and academia, the AFP announcement was striking for the way it mirrored confidential police assessments that date back years. As is demonstrated by the 2015 “godfather” report – and two decades’ worth of police intelligence assessments – the fact that Calabrian-linked crime bosses are in bed with bikies, have penetrated ports and supply chains, are laundering huge amounts of cash, or have had their family and criminal structures comprehensively mapped by authorities, is far from new. According to several police sources, the real challenge facing the AFP – and Dreyfus – is to ensure that any attack on Italian organised crime and its facilitators can be sustained after the headlines fade.

The history of the AFP’s policing of Italian organised crime is marked by widely spruiked success, rarely mentioned failure and extended periods of malaise. State police are no different. Investigating disciplined Calabrian crooks is expensive and time-consuming, and police commissioners often lack patience and resources. The AFP’s Operation Inca in 2008 bucked this trend. It was remarkable for the sheer quantity of drugs seized and the number of relatively senior Calabrian crime figures arrested.

But while the AFP took out the senior hands-on organisers of the drug importations, three Australian ’Ndrangheta bosses – two in Melbourne and one in Adelaide who Italian and Australian police intelligence suggest were lurking in the background – were never arrested. One of them was the Melbourne godfather.

While based on intelligence rather than evidence, the 2015 Victoria Police report about him makes clear that, if the businessman identified as the “godfather” is indeed the undisputed local head of a secret criminal society with its roots dating back to medieval southern Italy, he has operated with relative impunity for years. Despite being a suspect in multiple murders, alleged extortion and other crimes, he has not been charged with a serious criminal offence.

The intelligence report paints a picture of an old-school mob boss planning his succession, either with a relative or associate, such as Antonino Di Pietro, who was convicted of drug trafficking and jailed during Operation Inca. 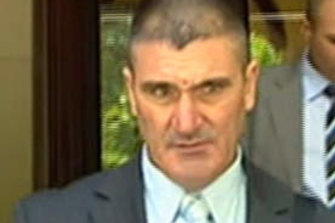 Pasquale Barbaro, the mastermind of what is believed to be Australia’s then biggest ever drug importation.

More recently, the AFP’s astonishingly successful Operation Ironside – which involved the creation of an entire communications platform distributed to crooks but secretly controlled by the AFP and FBI – has given police fresh, vital and still classified insights into Calabrian organised crime. It led to the arrest for drug trafficking of a small number of senior Adelaide-based ’Ndrangheta members.

These breakthroughs came after dozens of the AN0M encrypted phones being covertly monitored by the AFP were distributed by a Calabrian crime figure in Adelaide to his associates. Three hundred phones have also been tracked to criminals in Italy.

On Wednesday, AFP assistant commissioner Nigel Ryan, who led Ironside, explained how federal police were using the messages intercepted on the phones to help map the family ties, and break the code of silence that binds Calabrian crime networks. The AFP said it had mapped 51 Italian crime clans across Australia, comprising potentially thousands of ’Ndrangheta members.

Such mapping is not an infrequent pastime of police agencies. The project spruiked on Wednesday involved the work of the AFP’s Adelaide office, but by 2019 the federal force’s Melbourne office had embarked on its own effort to map the ’Ndrangheta, finding fewer “locales” or criminal hubs (one source familiar with this work estimates there are about 14 key Calabrian networks).

In 2013 the crime commission updated this assessment, concluding that the ’Ndrangheta posed an “extreme” risk to Australia. This confidential report also described how associates of the Melbourne godfather, tied to the notorious Alvaro mafia clan in Adelaide, had cultivated political connections “and that through their legitimate public face were capable of achieving [political] influence”.

It was in that same year that Italy’s top anti-mafia prosecutor, Nicola Gratteri, issued the first of many warnings from authorities in Rome that Australia was failing to treat Calabrian organised crime seriously. Gratteri was among those furious when the AFP closed its Rome office. 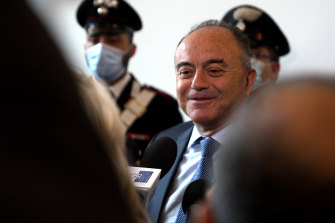 The Australian agency’s patchy efforts in the 2000s to investigate a mafia political donations scandal represent its only publicly known contemporary attempt to investigate the ’Ndrangheta’s political influence, despite Italian authorities often alluding to the overlap between mafia and politics in Australia.

Senior police privately concede the AFP dropped the ball on the ’Ndrangheta in the 12 years between Inca and Ironside. State police have also often been missing in action. Renowned Italian mafia academic Anna Sergi says that if this week’s announcement is a genuine effort to remedy this – matched with resources and results – it should be applauded in Australia and Italy. Early signs are promising, with the AFP restoring close ties to Italian police.

Sergi also argues Australian agencies are yet to prove they are capable of attacking what she says is the real power of the Australian ’Ndrangheta: its wealth, infiltration of legitimate industries, use of professional facilitators (such as lawyers and accountants) and efforts to obtain political influence.

“The political reach of the Australian ’Ndrangheta has always been underestimated. This doesn’t mean donations or gifts at election time, but planting seeds to slowly gain social and political legitimacy,” Sergi says.

“Australian authorities can’t lose sight of this as they chase the drug trade.”

Among the reforms on Dreyfus’ desk are two that could aid this fight: long-stalled money-laundering reforms aimed at corrupt lawyers and accountants and a national anti-corruption commission.

Having just taken a portfolio able to influence the AFP’s fight against organised crime, he’d also be wise to keep any unknown political donors at bay.