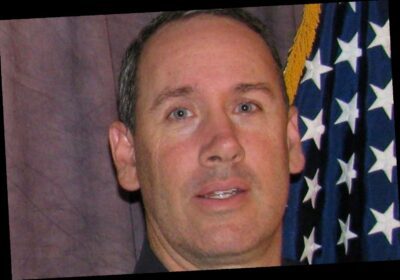 The police officer who was murdered during the recent grocery store shooting in Boulder, Colorado, was the last person killed, according to authorities.

Officer Eric Talley, who was one of 10 people killed during the shooting at King Soopers on March 22, was shot after he led his fellow officers and engaged with the gunman following calls that were made to 911.

On Friday, Boulder police said they had received "comments from some in our community who questioned the response time of our officers."

"We think it's important to share that Officer Talley led a contact team of officers into the store within 30 seconds of arriving on scene," a tweet from the department stated.

"The suspect then shot at officers, killing Officer Talley, and firing on officers until he was taken into custody. No other individuals were shot or killed after these brave officers engaged the suspect," the department added in a separate statement.

Boulder police confirmed that 10 people were killed in the shooting, sharing a statement on their Twitter account, "Chief: Our hearts go out to all families impacted. There are 10 fatalities."

Police identified one of the victims as Talley during a later press conference. Talley had been with the police department since 2010, according to Police Chief Maris Herold, who called his actions in responding to the incident "heroic."

"My heart goes out to the victims of this incident and I'm grateful for the police officers who responded," Herold said. "I am so sorry about the loss of Officer Talley."

Later in the week, hundreds of people lined a Boulder highway to honor Talley.

Boulder residents, family members, police officers, paramedics and other emergency responders stood alongside Foothills Parkway to salute the late officer as a hearse transferred his body from the coroner's office to a funeral home in Aurora, according to the New York Times.

As the hearse drove down the procession route accompanied by other police vehicles, many observers placed their hands over their hearts or waved American flags. Several other memorials were scheduled for Talley, including a candlelight vigil at the Boulder County Courthouse.

The suspected shooter from Monday's attack was identified as 21-year-old Ahmad Alissa of Arvada. According to the arrest affidavit, the suspect allegedly shot at people in cars in the grocery store's parking lot before going into King Soopers and continuing to fire his weapon.

The suspect was taken into custody at the scene of the shooting. He has yet to enter pleas to the charges he faces, which include 10 counts of murder.