A RETIRED couple have transformed theirhouse into a festive "fairyland" for local kids – and their 24 grandchildren and great-grandchildren.

May Proctor, 71, and her husband Rod, 73, came up with the concept last year, but said this year's Christmas enchanted display is "bigger and better" than ever. 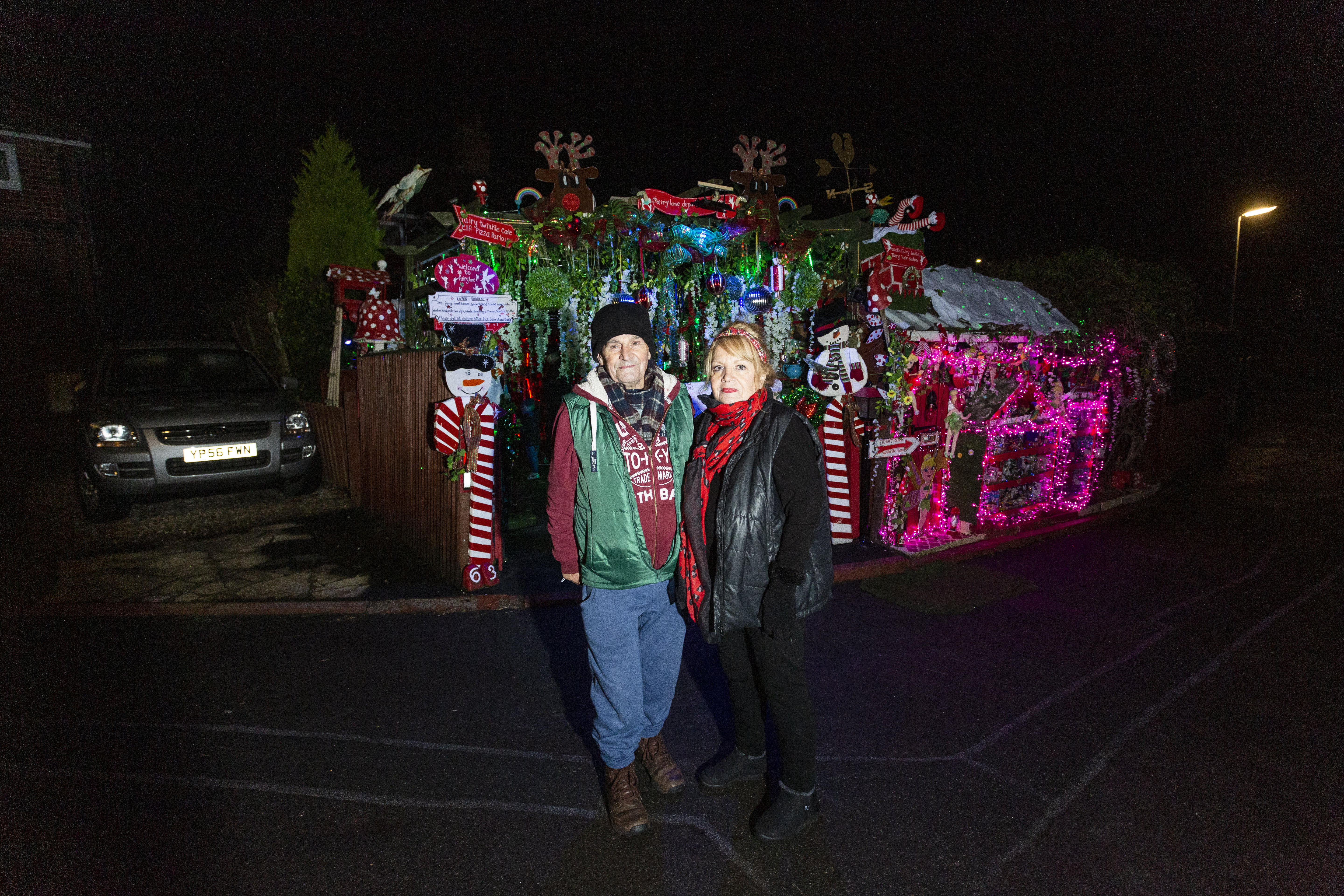 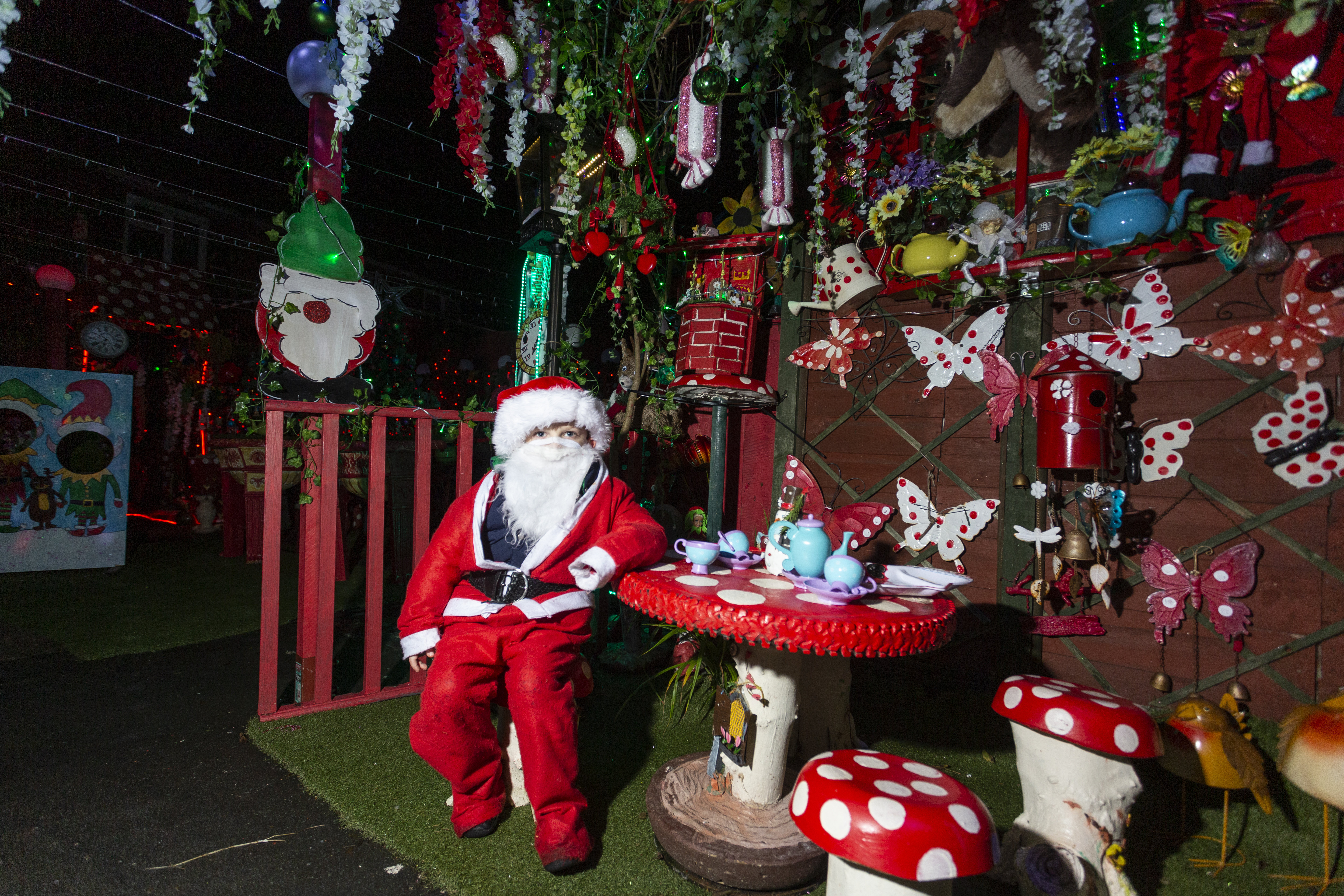 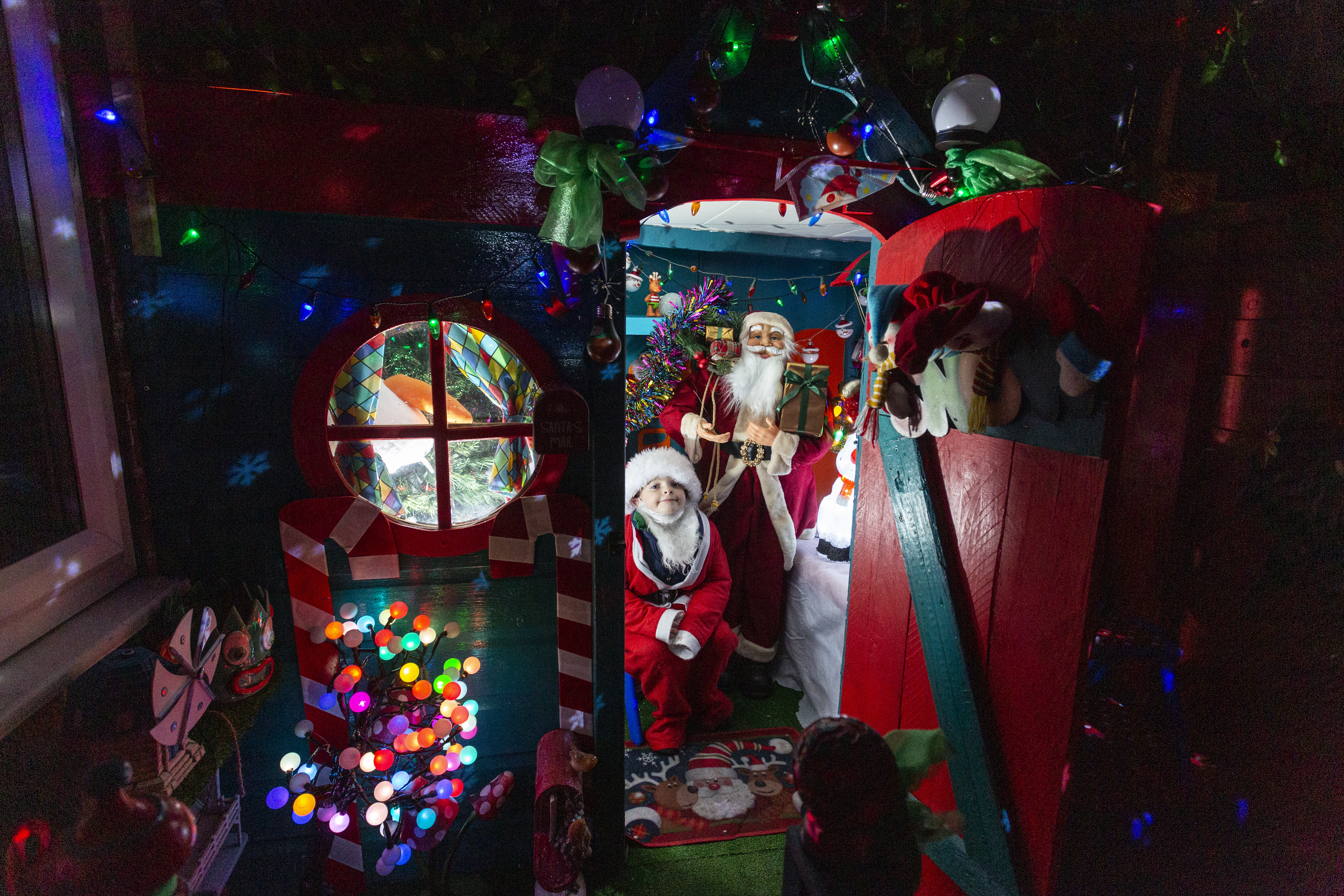 Kids are free to walk through their mystical garden, where they'll find an intricate "fairy world" complete with miniature shops, pizza parlours and an enchanted forest.

But a new surprise awaits visitors inside the couple's home this time, which is kitted out with Alice in Wonderland props and a popular photo booth.

Self-confessed fairy fanatic May admitted that she had gone "overboard" with her decorations this year, but said it was worth it for the "magic" the display inspires.

She said: "I've always liked to make a bit of an enchanted garden – but this year I've just gone overboard.

"But it's just magic at night, absolutely amazing."

Ex-dinner lady May, from Leeds, admitted that she and her husband hadn't even intended to do a fairy themed light display this year.

But as the autumn approached, the couple – who have 18 grandchildren and six great grandchildren – decided they wanted to captivate youngsters again with a dazzling winter showcase.

"But we would generally go into the schools and help with the Christmas Grotto, and with the St. Patrick's Day parade.

The theme for this year's fairy display – "Fairy Lane in Wonderland" – takes its inspiration from the mystical world of Lewis Carroll's Alice in Wonderland.

Visitors can get sucked down a rabbit hole of fairy related fantasy, not only in the couple's garden but also throughout their house.

May said: "Last year it was just outside, but this year it's inside, and it's just amazing.

"Outside, I've made my own fairies and dangled them in with the flowers, so it looks like a proper, proper Christmas fairyland.

"But inside, we've got some stage props – so we've got a mirror with all Alice in Wonderland features around it.

"The little'uns absolutely love it, but I only let ten to 12 inside at a time because of Covid, where they can sit down and have their pictures taken."

May and her husband, who make all the decorations and ornaments themselves, have found that their toadstool chairs and tables are some of the most sought-after items.

May said she's even had people from as far away as the US asking if they can get sets shipped across the pond to them.

She said: "If people are cutting trees down, I say 'save me a stump', and my husband slices them.

"Then I'll make the toadstool roof out of sand and cement.

"My grandson, Pete, helps out. He's only five and he's amazing."

She added: "Most people just go, 'how the heck are you doing this?' And if I put them on a DIY budget site, they just go mental.

"Even Americans are saying, 'Can you send me one of the toadstools over?'" 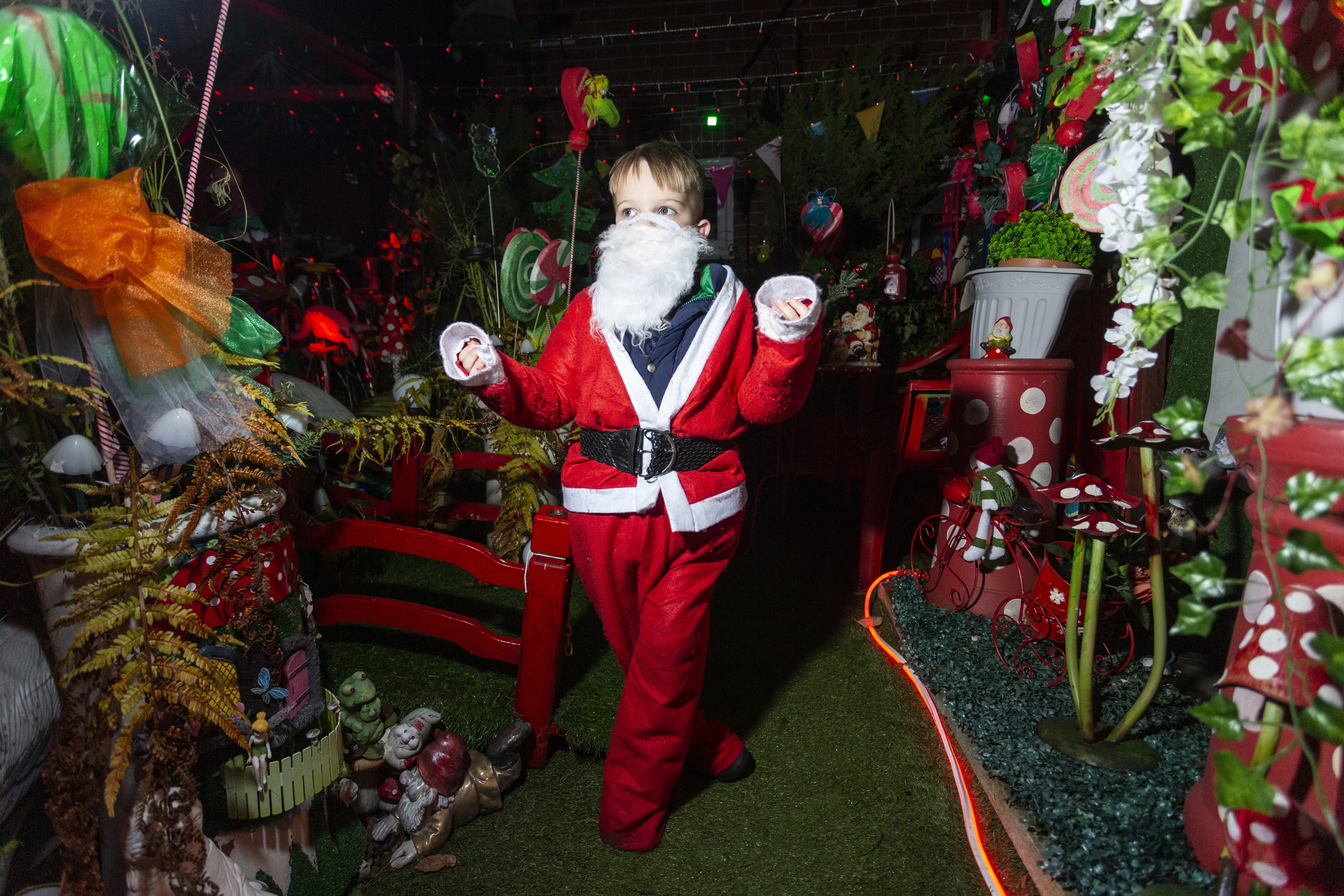 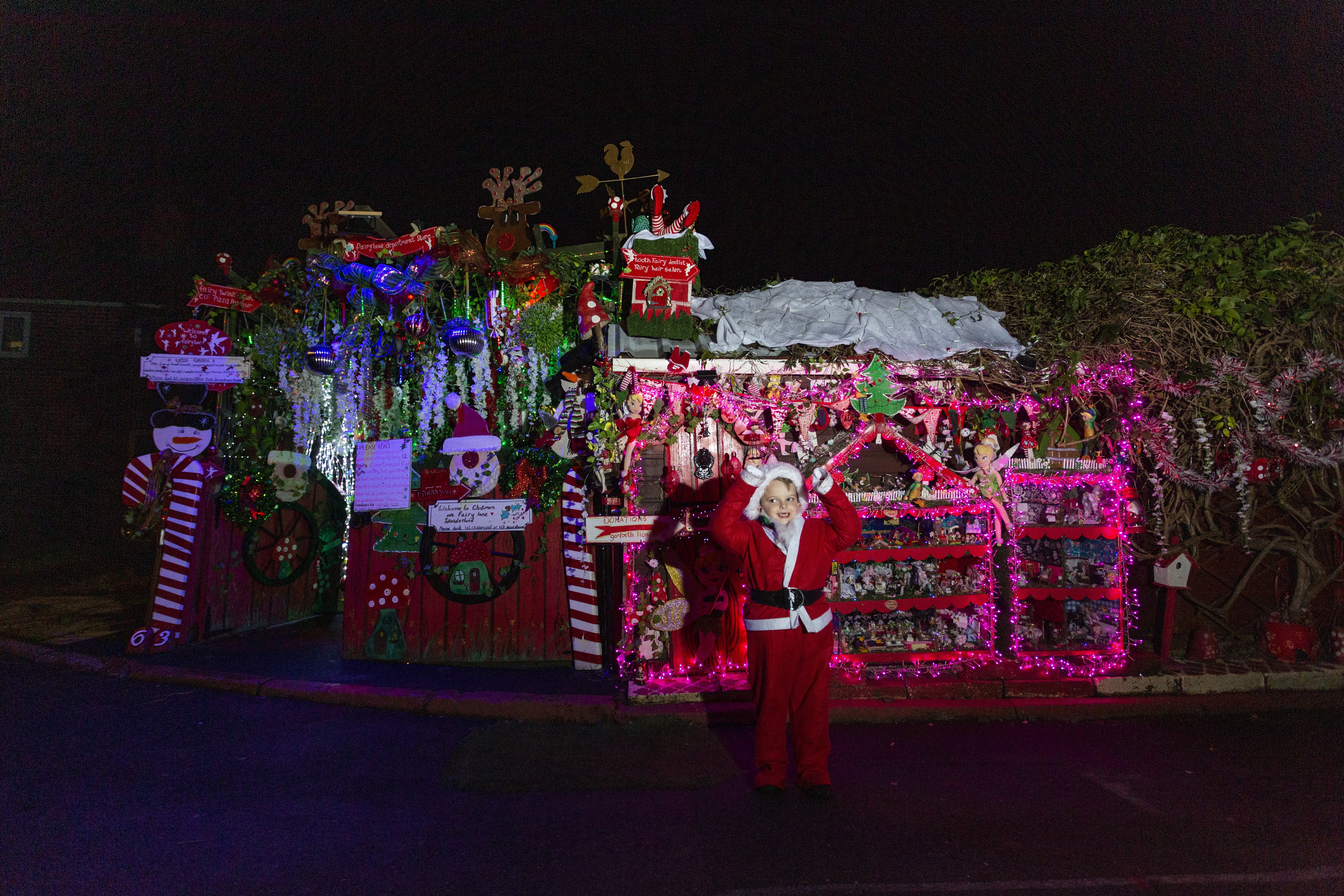 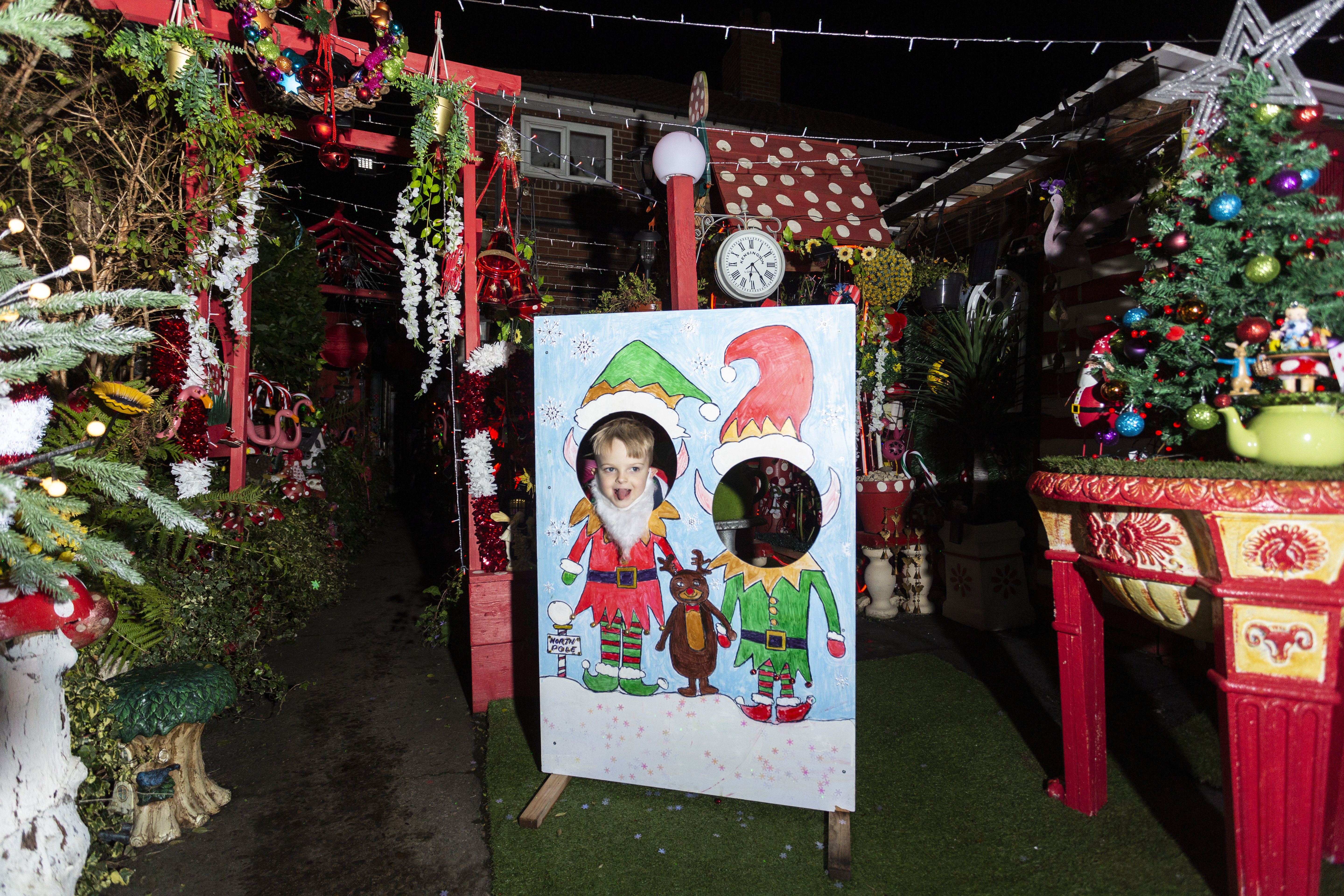 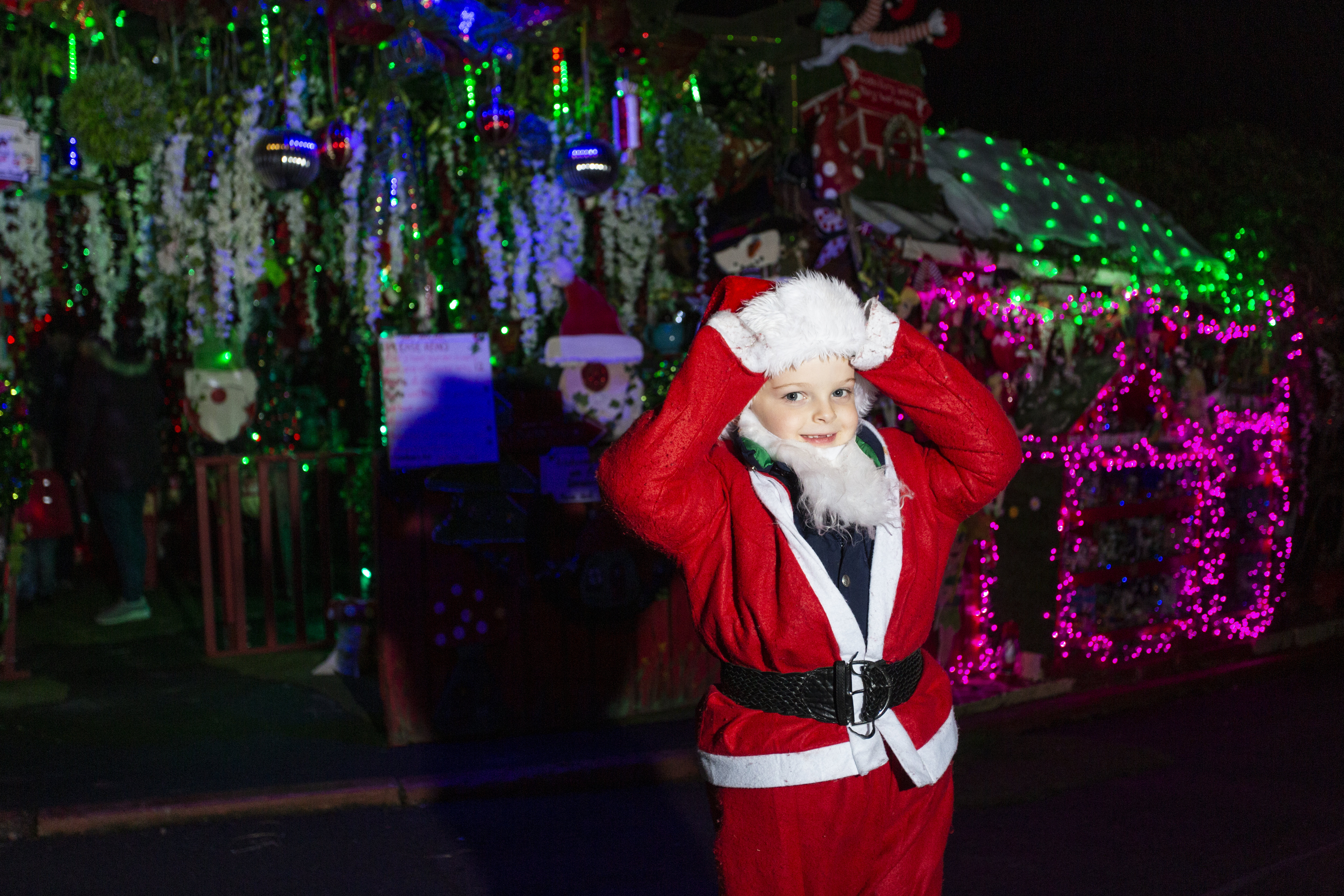 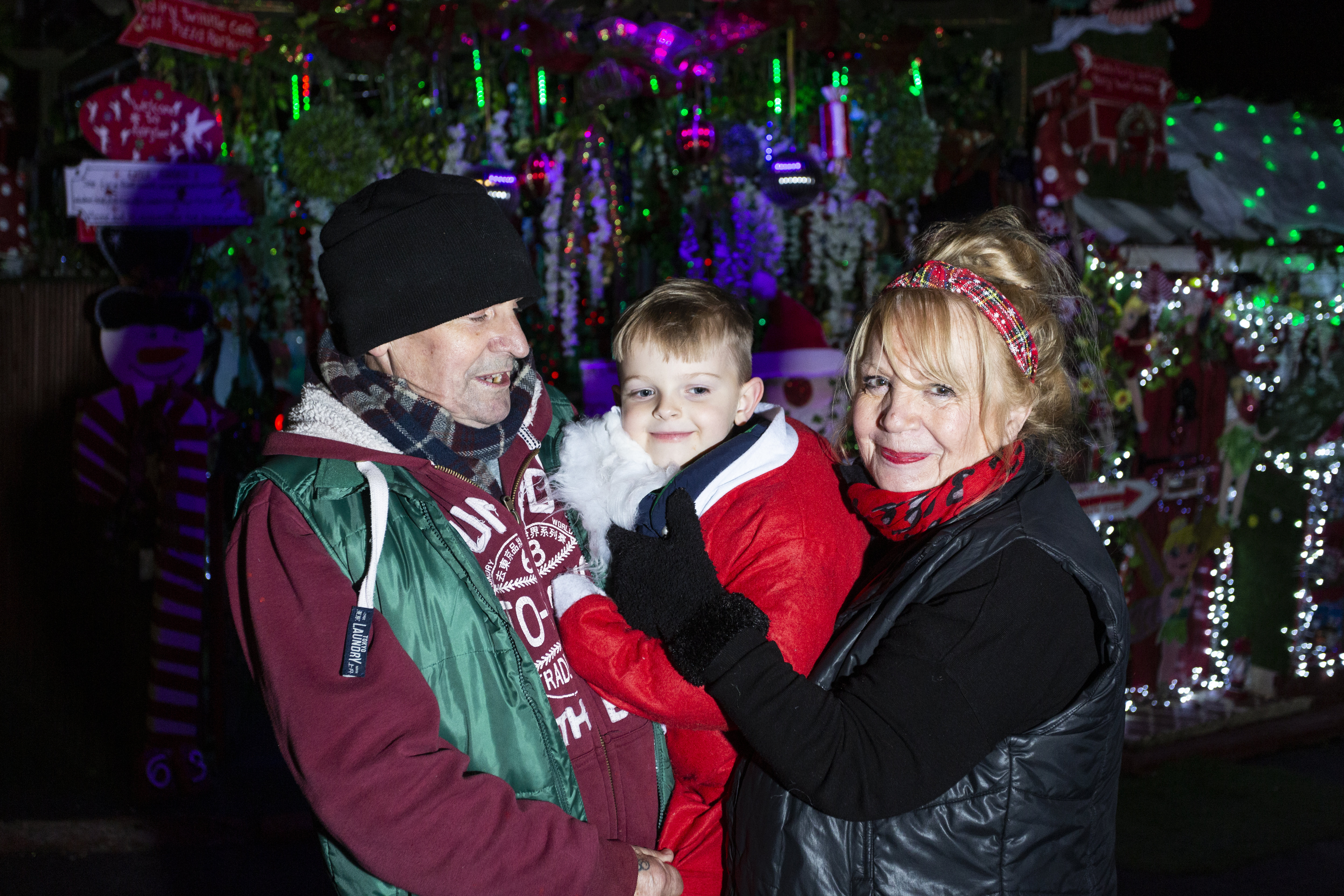 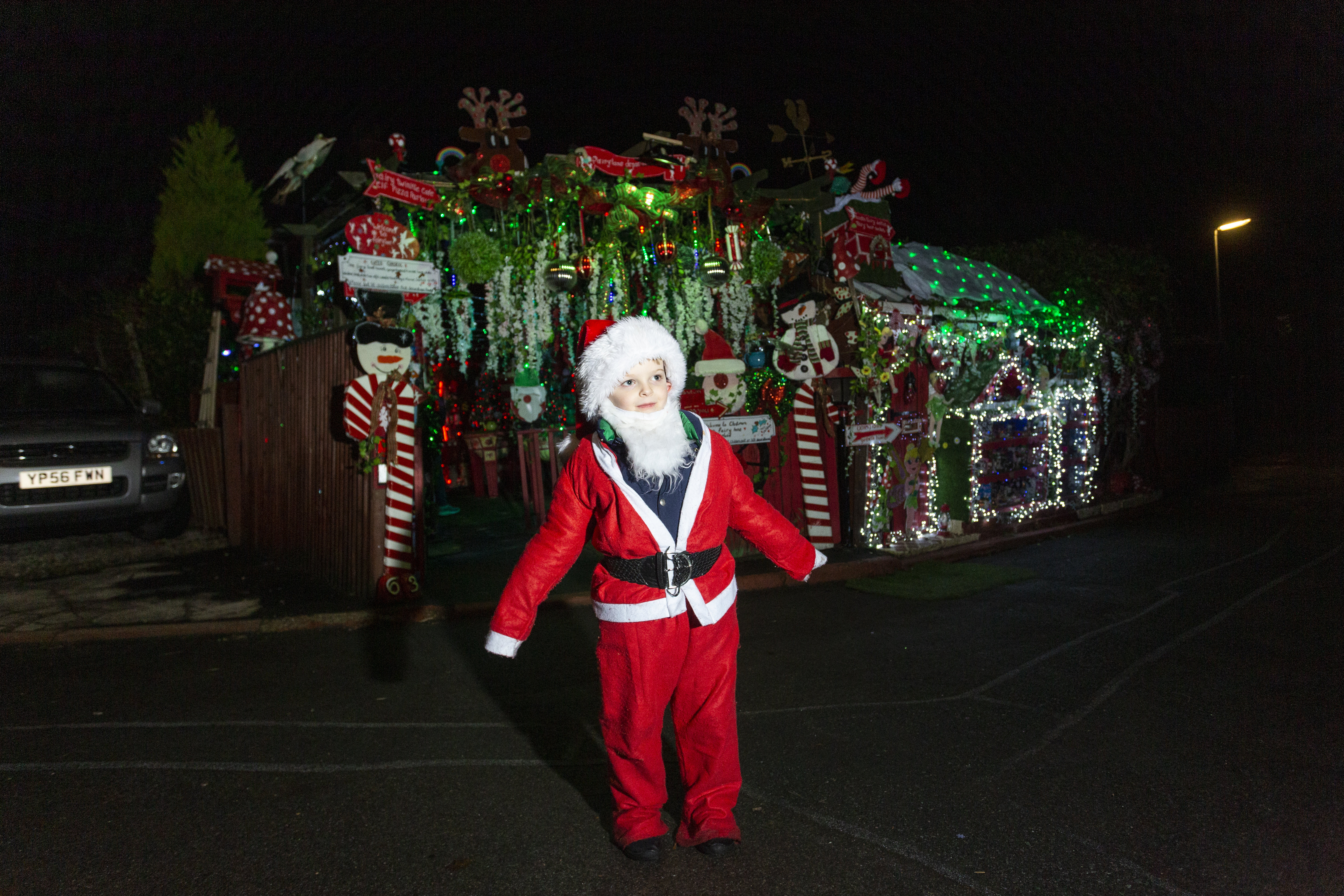 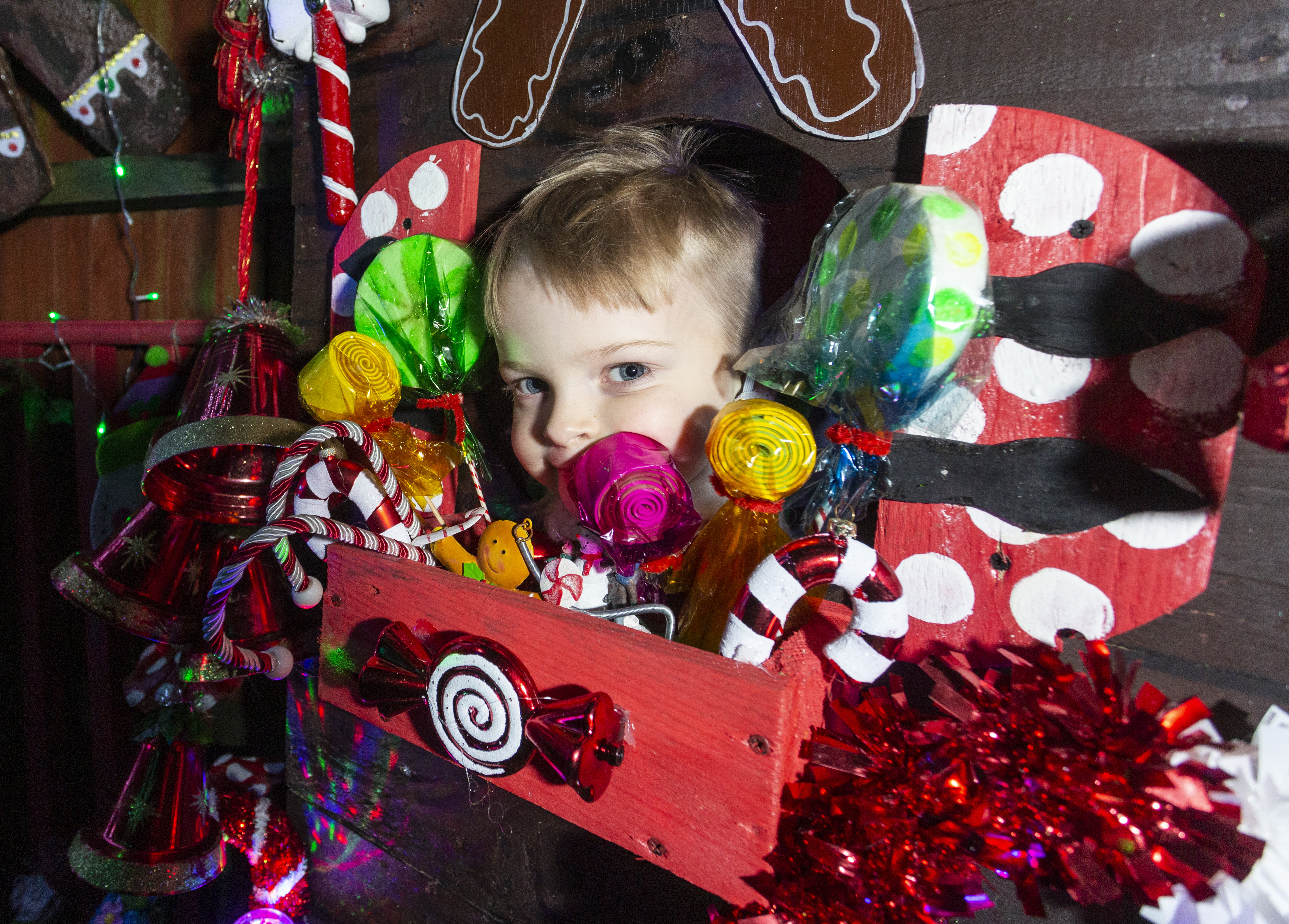 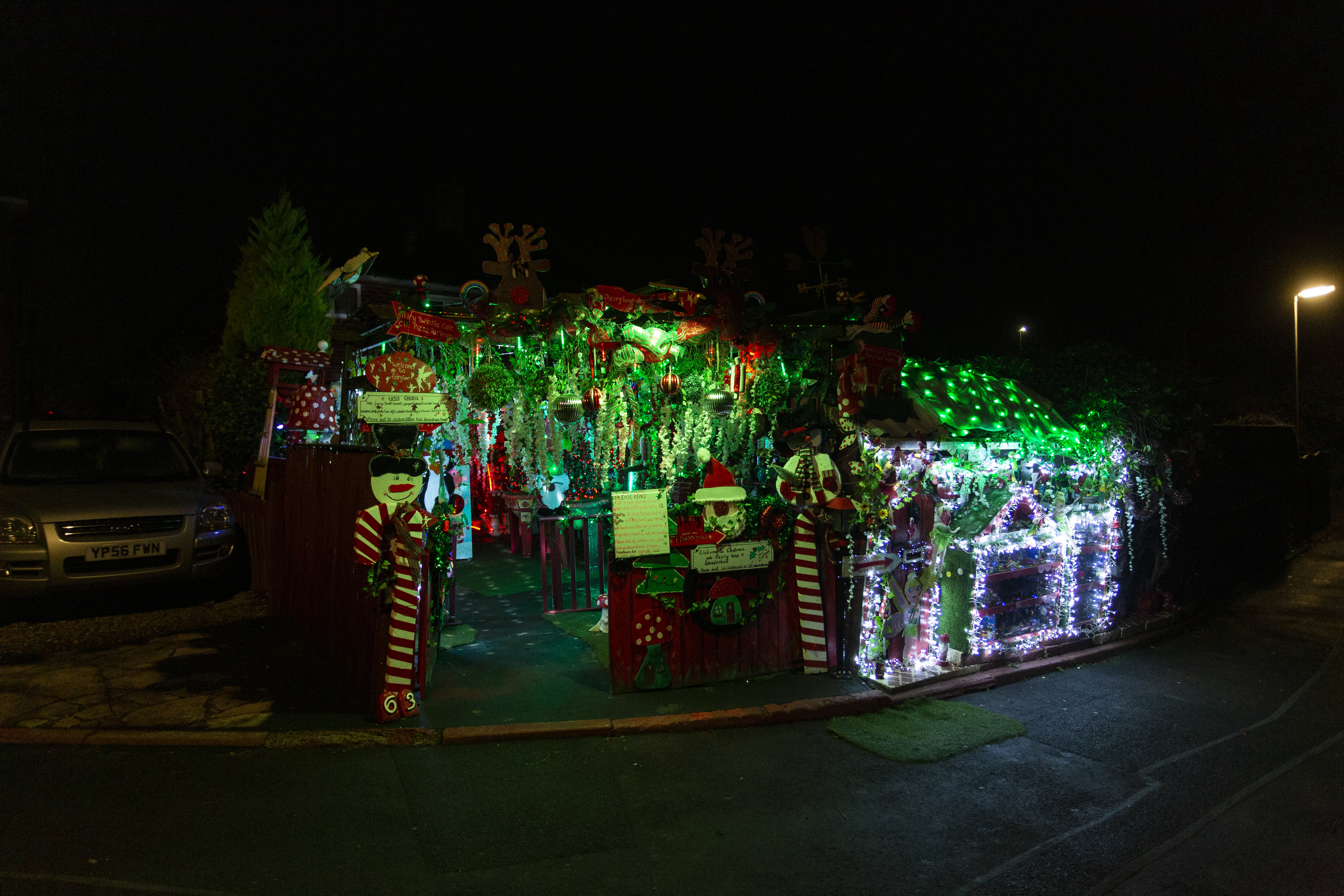 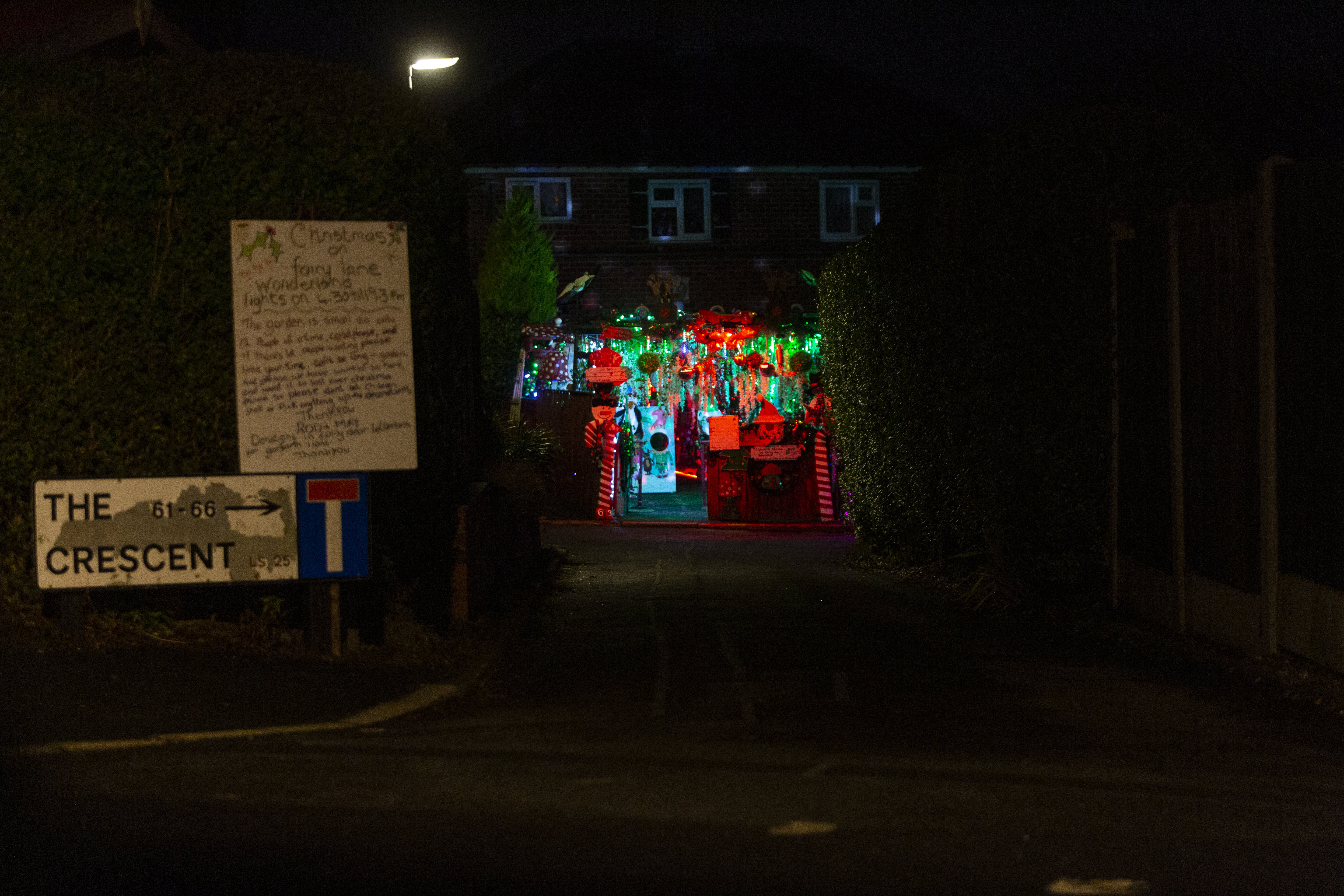