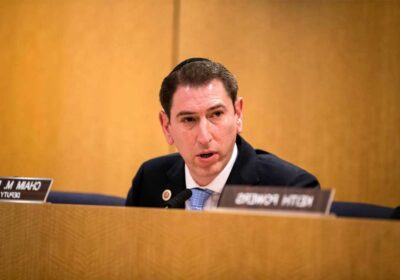 Left out? AOC will back City Council candidates, but there’s a catch

Convicted lawmaker Chaim Deutsch was expelled from the City Council Tuesday by Speaker Corey Johnson, just days after he pleaded guilty to federal charges of cheating on his taxes.

“Based on our review of the charging document and Mr. Chaim Deutsch’s plea agreement, the Council has concluded that the office of the 48th Council District has been vacated under the operation of law,” said Johnson, in a terse statement released in the evening.

“Mr. Deutsch confessed to a crime and violated his oath of office,” Johnson continued. “He is no longer a member of the City Council.”

The conservative Democrat stunned the Council and City Hall last week when he confessed to evading more than $82,000 in property tax between 2013 and 2015 — and then declared he would not resign in spite of the plea deal.

The charges originated from a joint probe by the city Department of Investigation, the federal IRS and federal prosecutors in Manhattan.

Deutsch would have been forced to leave office at the end of the year under the city’s term-limits law.

His district covers a swath of southern Brooklyn, including portions of Gravesend, Homecrest, Brighton Beach and Manhattan Beach.

A spokeswoman for the Council said the seat will remain empty until a replacement is elected in November.