FORMER Notre Dame coach Lou Holtz who once "mistakenly said Hitler was a great leader" is to receive the Presidential Medal of Freedom from Donald Trump.

Holtz's, 83, comments came while making a point about good and bad leadership during a discussion of the struggles of then-first year Michigan coach Rich Rodriguez in 2008. 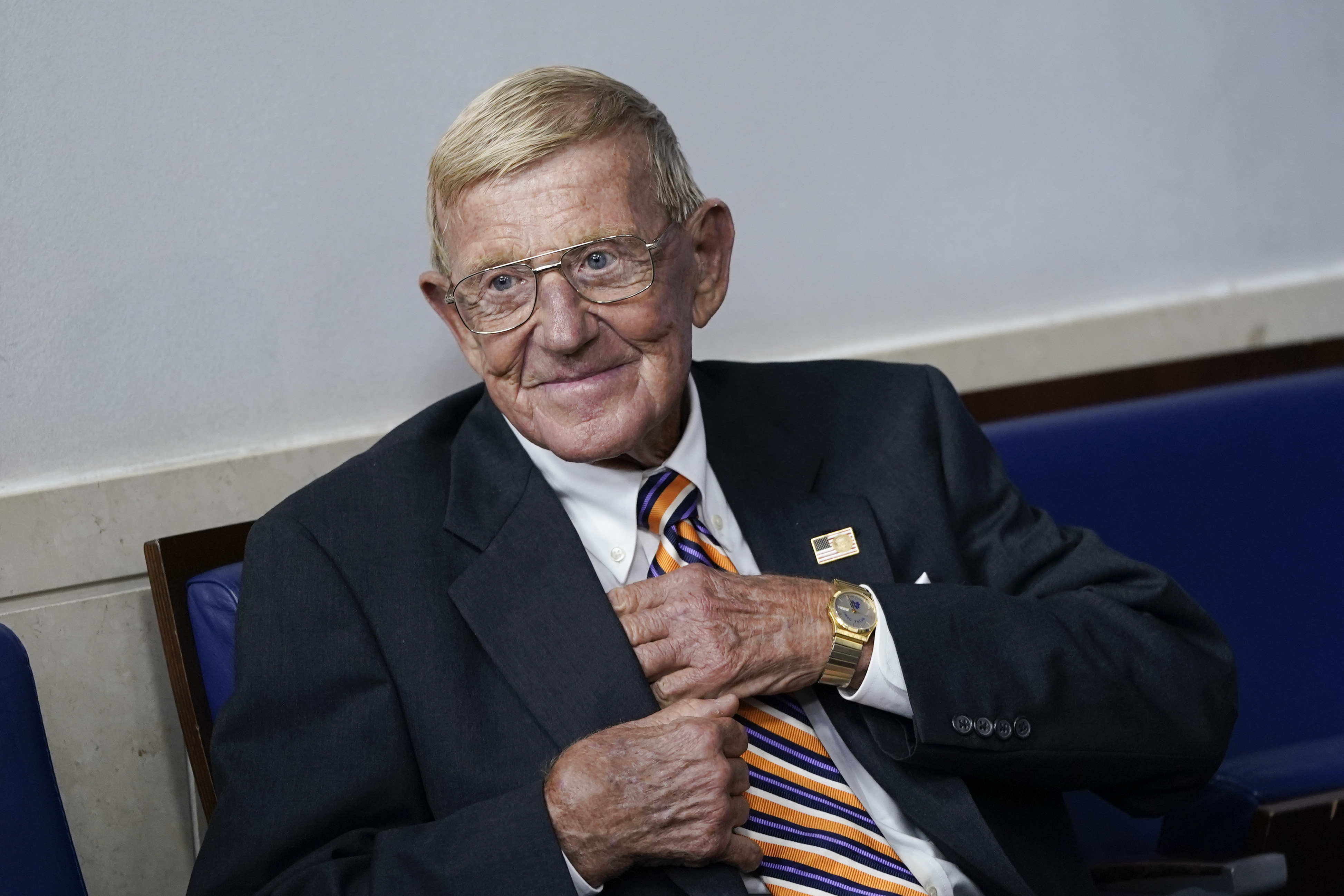 During the segment, Holtz reportedly said: "Ya know, Hitler was a great leader too."

ESPN anchor Rece Davis was shocked by Holtz's remarks and asked the former football coach, if he meant to say "Hitler was a bad leader," to which Holtz agreed with.

Holtz received a widespread of scrutiny for his comments, which he apologized for the next day on ESPN.

''Last night while trying to make a point about leadership, I made an unfortunate reference. It was a mistake, and I sincerely apologize," Holtz said the following day on the air. 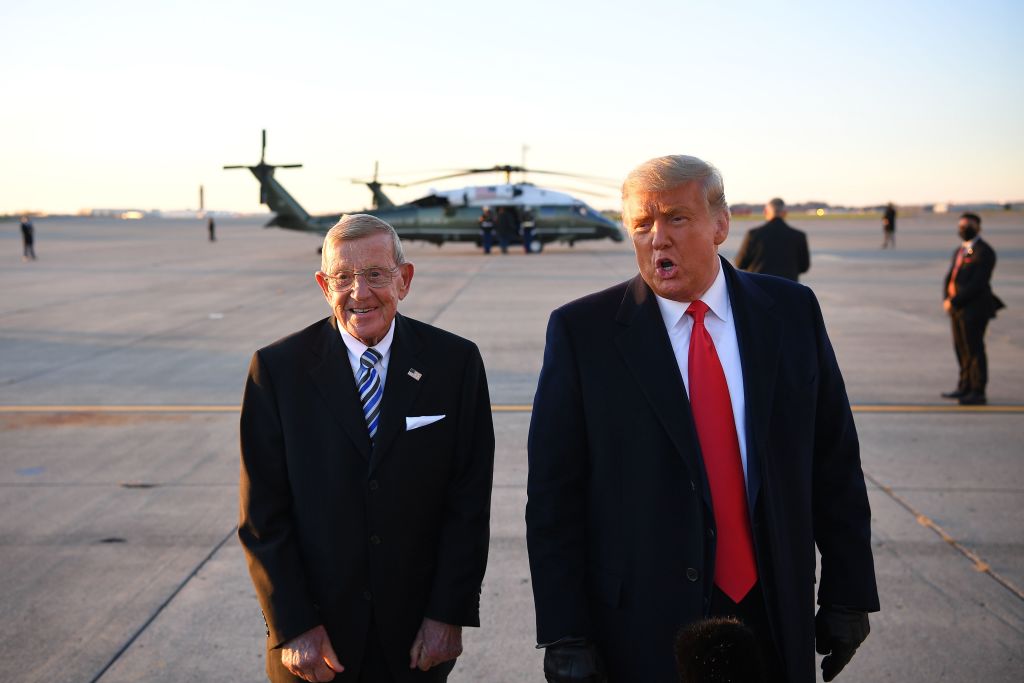 "At the time, I tried to clarify my remarks. I'm not sure I adequately did so. I appreciate your understanding."

ESPN did not suspend Holtz because of his comments.

However, earlier that year in June 2008, ESPN suspended former-anchor Jemele Hill, when she wrote that, "rooting for the [Boston] Celtics is like saying Hitler was a victim."

The former-college football head coach worked at ESPN from 2005-2015.

President Trump will award the 83-year-old coach with the nation's highest civilian honor on Thursday.

The White House released a statement Wednesday, saying, "America recognizes Lou Holtz as one of the greatest football coaches of all time for his unmatched accomplishments on the gridiron, but he is also a philanthropist, author, and true American patriot.”

Holtz is best known for coaching the Notre Dame football team between 1986 and 1996, which included an undefeated streak in 1988.

“Holtz earned an outstanding 100-30-2 record in 11 seasons at the University of Notre Dame,” the White House wrote in their statement. 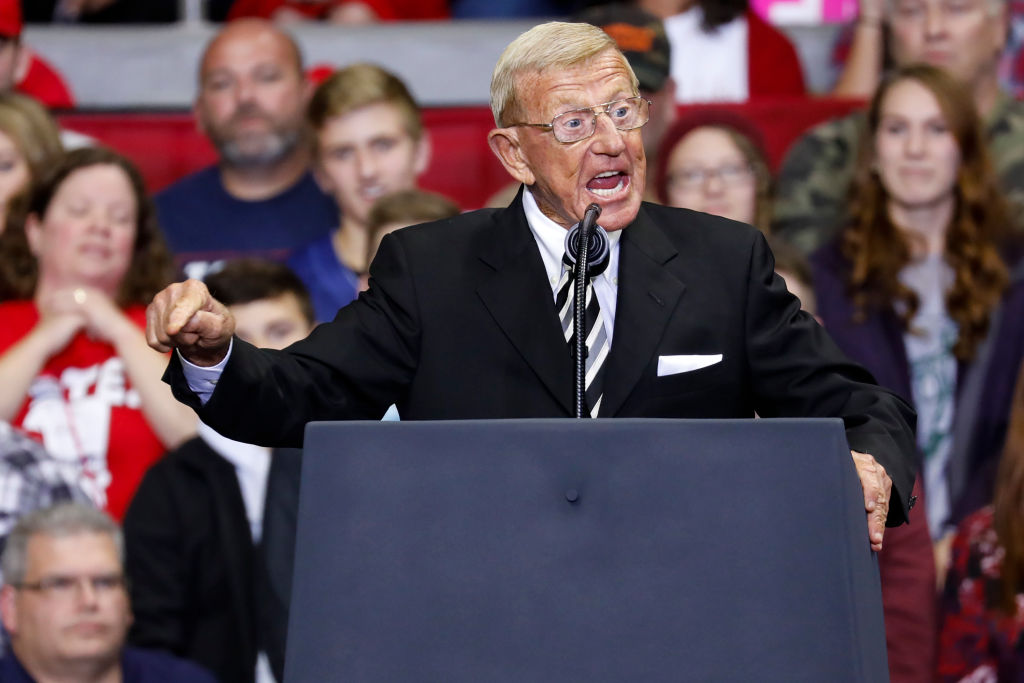 “His 1988 team earned a perfect 12-0 record and were crowned national champions. Most importantly, he inspired generations of young athletes along the way.”

Holtz also coached the New York Jets for one season in 1976.

He spoke at the Republican National Convention in August and called Trump a “consistent winner”.

“In President Trump, we have a president we can trust, who works hard at making America greater and who genuinely cares about people,” Holtz said.

“If I apply this test to Joe Biden, I can’t say ‘Yes’ to any of these three questions.”