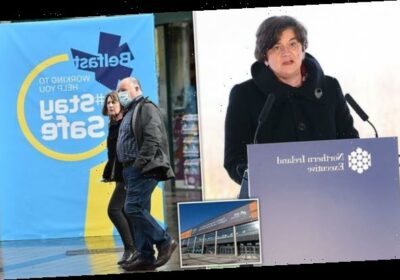 First Minister Arlene Foster and deputy First Minister Michelle O’Neill plan to unveil the document on the floor of the Assembly in Belfast.

The plan will not include dates like England’s roadmap, but is likely to outline the sequence in which current lockdown restrictions will lift, with moves taken when the public health situation allows.

More than half a million doses of coronavirus vaccine have been administered in Northern Ireland, which ministers hope will allow them to open the economy sooner. 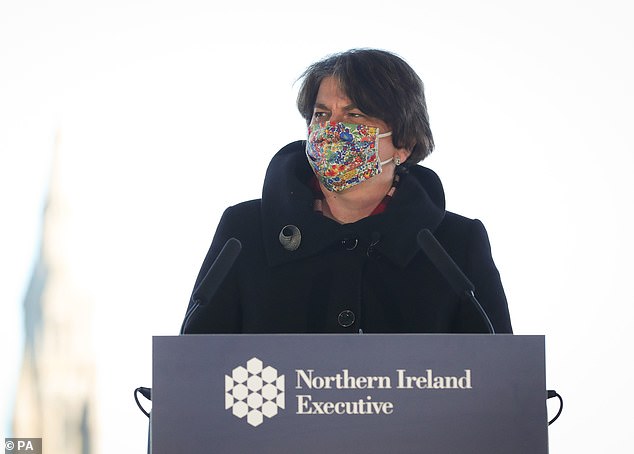 The initial phase is understood to be titled ‘cautious first steps’.

Ministers met yesterday to examine the plan for a gradual easing of restrictions.

It is understood officials have been asked to clarify some areas before the Executive formally signs off on the plan.

Mrs Foster has said the devolved executive will review the level of restrictions every three weeks.

Northern Ireland’s lockdown and accompanying stay-at-home message is in place until April 1. Ministers are due to review that policy on March 18.

The executive has already outlined plans for a phased return of face-to-face learning at schools.

Only vulnerable children and those of key workers have been attending classes in mainstream schools since January.

On that same date, the P1 to P3s are currently due to revert to home learning for one week ahead of the Easter holidays – to mitigate the impact on infection rates of the secondary school cohort’s return. 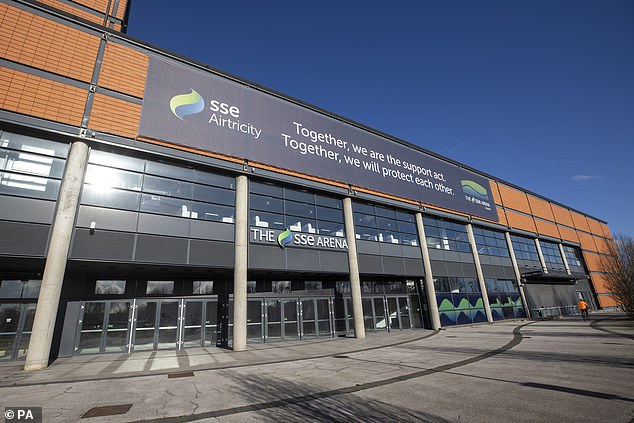 More than half a million doses of coronavirus vaccine have been administered in Northern Ireland. Pictured is Belfast’s SSE Arena, which is being used as a mass vaccination centre

However, officials from the departments of health and education were asked last week to examine that aspect of the plan and Mrs Foster has expressed hope that those primary pupils will ultimately be able to remain in school that week.

No date has so far been given for the return of the wider school population.

Covid-19 vaccinations have been extended to people aged 60-64 in Northern Ireland.

Those eligible are urged to book online for appointments at health trust mass vaccination centres, the Department of Health said.

One more person has died with Covid-19 in Northern Ireland, the department said.

A total of 258 hospital beds are occupied by Covid-19 patients, 34 are in intensive care. 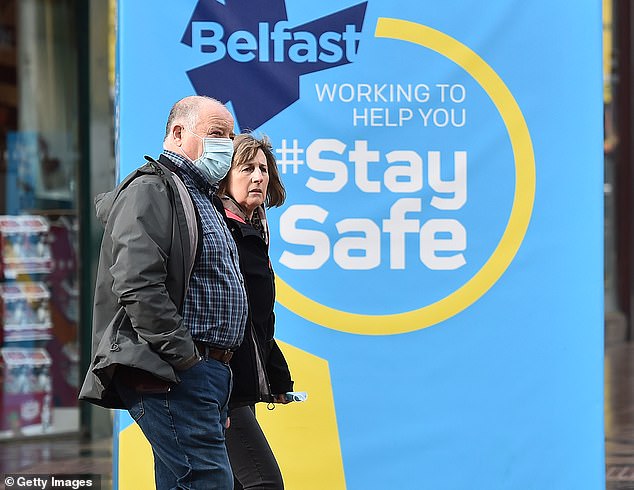