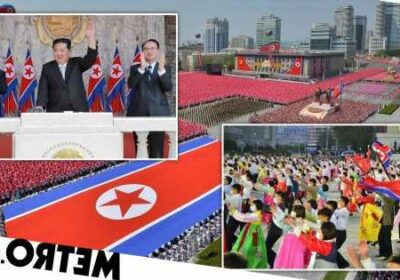 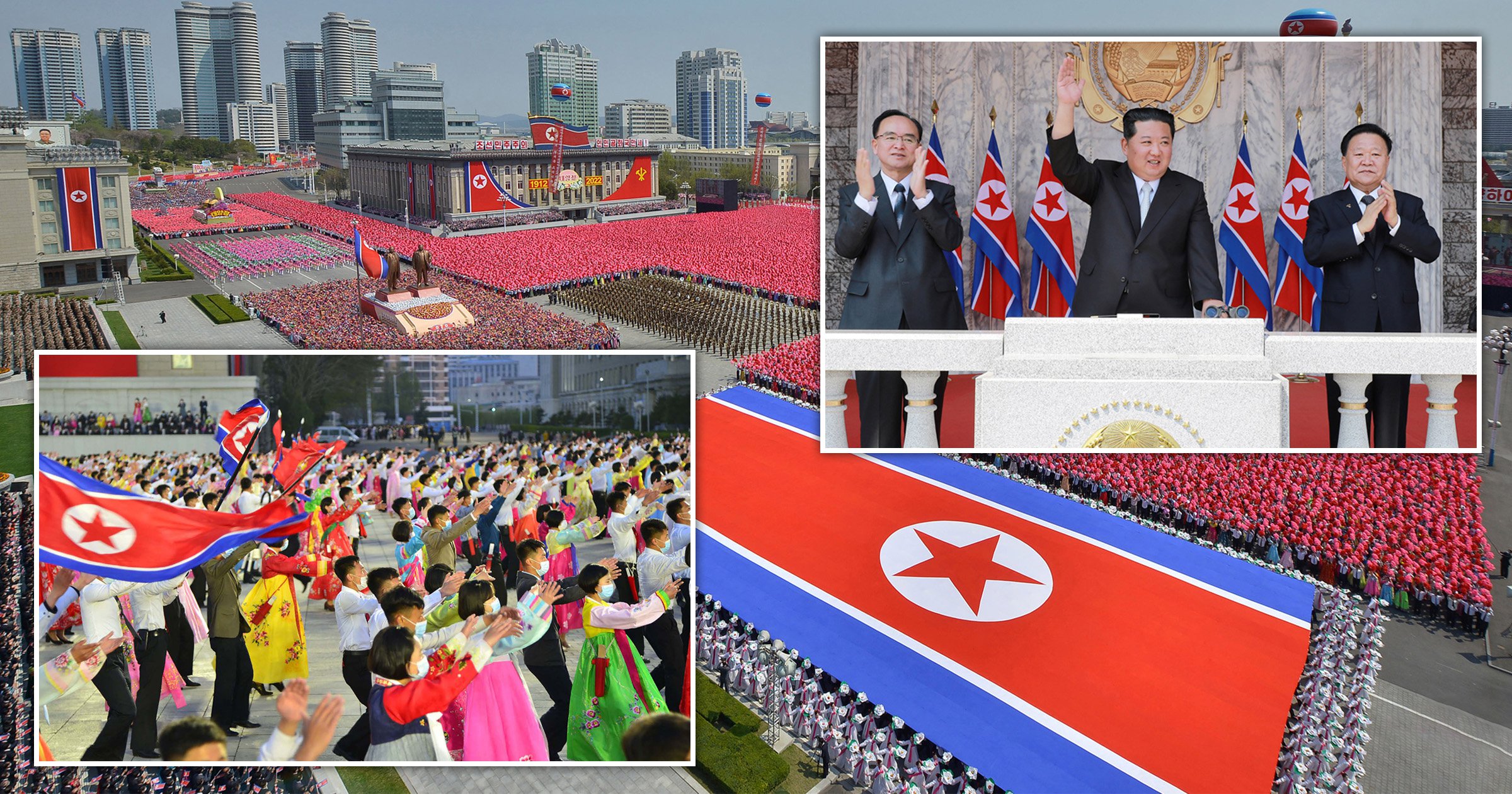 The anniversary of Kim Il Sung’s birthday is the most important national holiday in North Korea, as he is the man who founded the country in 1948.

The nation has since been ruled by the Kim family under a dictatorship for 74 years.

A choreographed display of loyalty took place in Kim Il Sung square, in Pyongyang, while Mr Kim waved from a balcony.

Ri Il Hwan, a member of the ruling Workers’ Party’s Politburo, issued a call for loyalty during a speech, saying that North Koreans will ‘always emerge victorious’ under Mr Kim’s guidance.

People marched with red plastic flowers, floats and political slogans before dancers performed in the square and fireworks were set off.

North Korea seemingly opted not to show off its military weapons amid tensions over its nuclear arsenal.

The country wants the US to accept it as a nuclear power and remove current economic sanctions.

Recent commercial satellite images imply that North Korea is planning a big military parade in Pyongyang. It is believed the parade might take place on April 25.

Mr Kim is also expected to continue his escalation of North Korea’s weapons testing over the next few weeks and months.

This could mean test-flying missiles or nuclear explosives over Japan.

The country has already started off 2022 its first flight test of intercontinental ballistic missiles (ICBMs) since 2017. 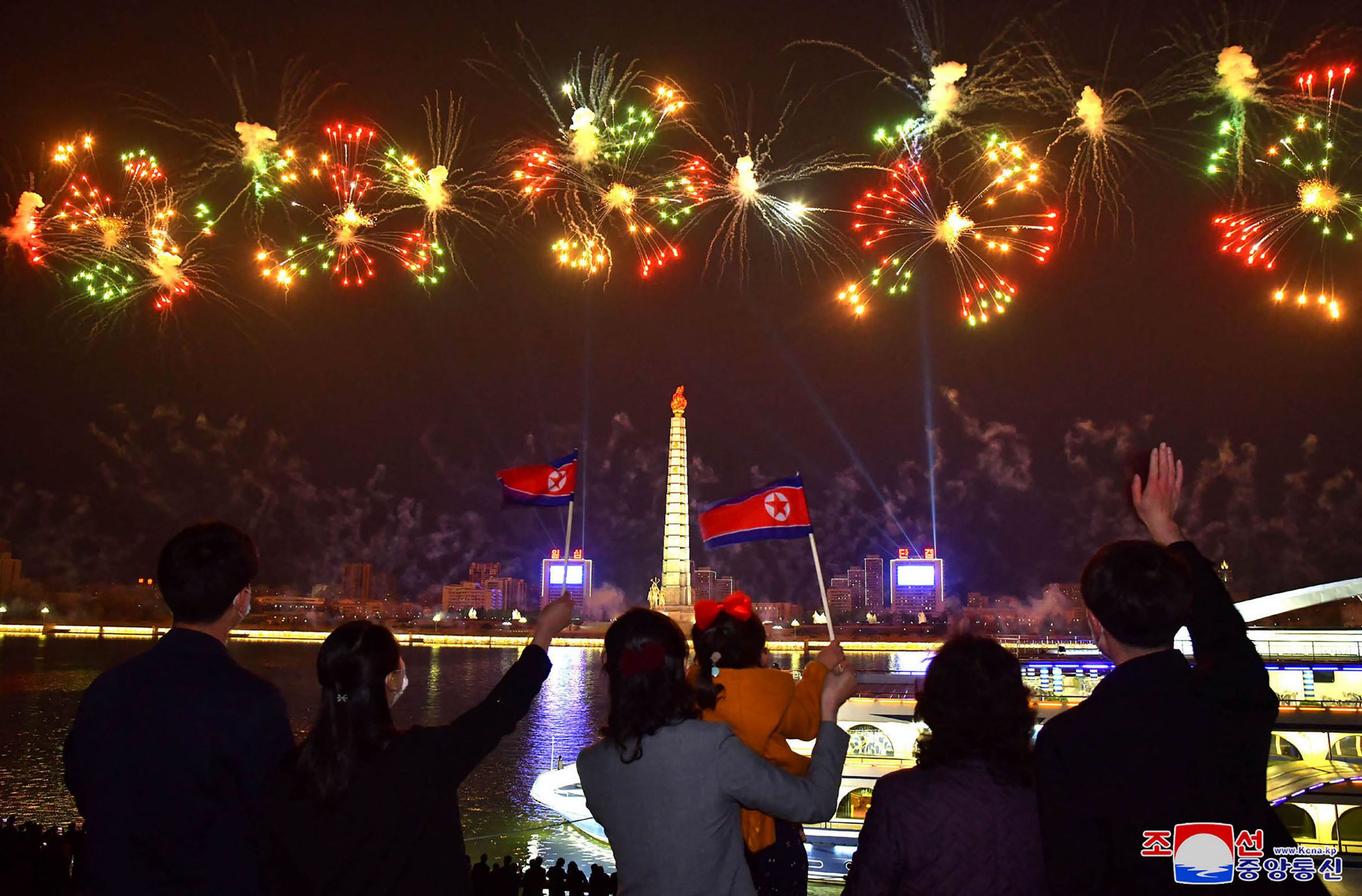 The recent and upcoming weapon activity is thought to be a tactic to force the US to engage with North Korea’s wishes to become an accepted nuclear power.

But the Biden administration is seemingly preoccupied with the war in Ukraine and China’s rise as a world power.

Mr Kim will also be trying to rebuild support from his people as he has promised to develop nuclear weapons and free North Korea from the US’s economic sanctions currently crippling the country’s economy.