Nora Quoirin starved to death in the Malaysian jungle after wandering away from luxury resort, says British expert after second autopsy – but admits that he cannot rule out kidnapping

A French-Irish teenager found dead in the Malaysian jungle last year starved to death, a British pathologist has said, adding that he could not rule out that the girl had been kidnapped from the luxury resort where she was staying.

Nora Anne Quoirin, 15, disappeared from her family’s cottage at the Dusun eco-resort in southern Negeri Sembilan state on August 4, 2019, a day after the family arrived for a holiday.

After a massive search her body was found on August 13 beside a stream on a palm oil estate about 1.6 miles from the resort.

Quoirin’s family believes she was abducted because she had mental and physical disabilities that meant she could not have wandered off on her own.

However Malaysian police say she climbed out of a window independently and told an inquest that investigations showed no criminal activity nor any indication that Quoirin had been abducted. 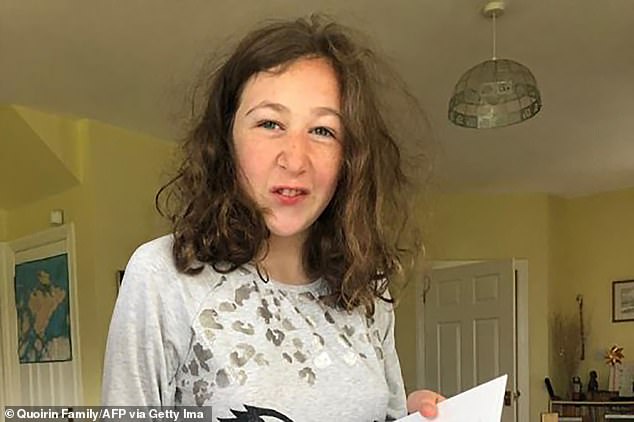 Nora Anne Quoirin, 15, disappeared from her family’s cottage at the Dusun eco-resort in Malaysia’s southern Negeri Sembilan state on August 4 2019 and was found dead on August 13 in a palm oil estate about 1.6 miles away [File photo] 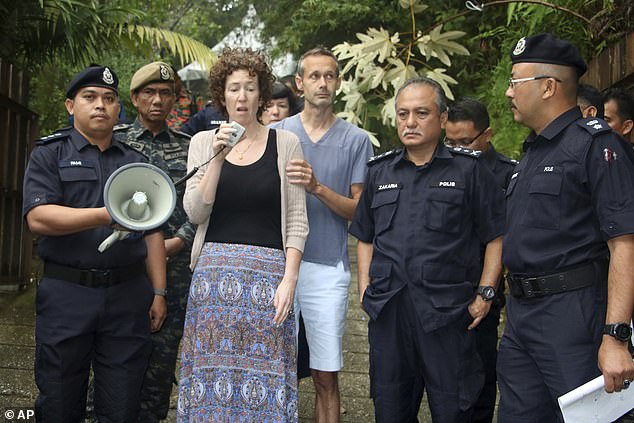 Quoirin’s parents believe their daughter was abducted as they say her mental and physical disabilities would have made it impossible for her to leave their holiday cottage on her own. Pictured: Meabh Quoirin (centre, holding microphone) and Sebastien Quoirin (behind) speak to police officers during the search for their then-missing daughter [File photo]

Nathaniel Cary, a British pathologist who performed a second post-mortem on Quoirin’s body, said the Malaysian post-mortem had been thorough and he agreed with Malaysia’s findings that the teenager died of intestinal bleeding due to starvation and stress.

But still, he added, it was difficult to ascertain ‘in what circumstances the death occurred’ due to decomposition.

He agreed with Nora’s family lawyer that foreign DNA, if it exists, could have been washed away as her feet and hands were immersed in water for a few days before her body was found.

Asked by the family’s lawyer, Cary agreed that he could not exclude the possibility that her body may have been placed at the site where it was found after her death, given that rescuers had searched the specific location.

He also agreed there was no evidence that Nora had had any major falls in the rough terrain despite her physical disabilities.

However, Cary told the Malaysian virtual inquest that the multiple lacerations and scratches on Nora’s body indicated she had moved through dense undergrowth.

The cuts on her feet were ‘not trivial,’ he said. Nora’s parents had told the inquest they noticed her feet ‘didn’t seem to be particularly damaged’ when they identified her body.

‘I see no reason to dispute the [Malaysian] findings, although like me, the Malaysian pathologists were clearly disadvantaged by the decomposition,’ Cary added.

Nora’s parents in their testimony earlier had spoken at length about her disabilities, and said she would not have the stamina nor instinct to survive in the jungle on her own.

During the inquest, which is now being held via video-conferencing due to the coronavirus pandemic, Cary also spoke about the possibility that Quoirin had been sexually assaulted. 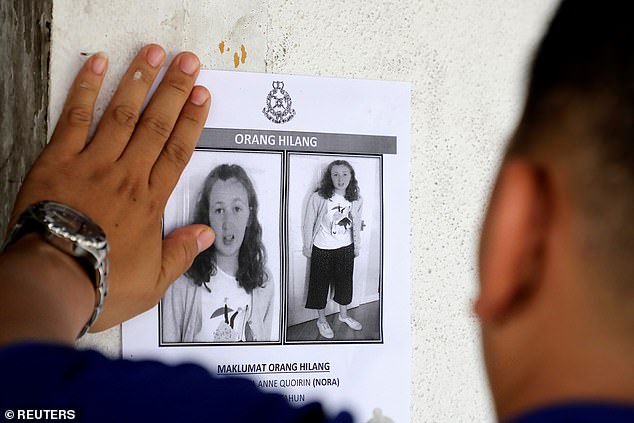 A massive search eventually uncovered Quoirin’s body but the circumstances of her death continue to be debated. Police say the girl wandered off on her own and starved but her family believe she was abducted [File photo] 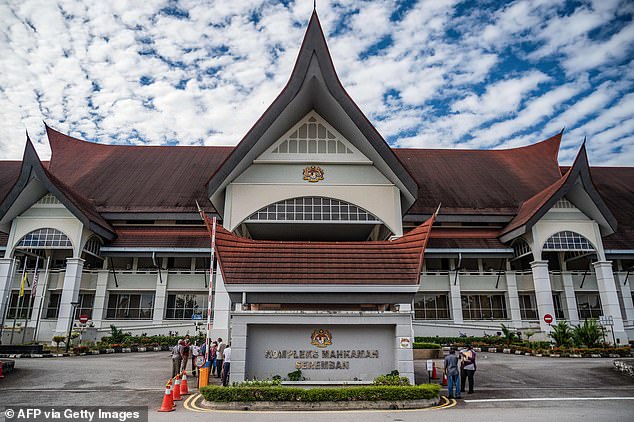 The girl had been wearing her underwear when she went missing but her body was found naked.

It was unclear what happened to her underwear, but police said the post-mortem showed no sign she was sexually assaulted.

Cary agreed there was no positive evidence that she had been sexually assaulted, however he added that it could not be ruled out completely due to the severe decomposition of the body.

The inquest is expected to conclude next month but a verdict may likely only be delivered next year.

The Quoirin family has sued the resort owner for alleged negligence. They said in their lawsuit that there was no security at the resort and that the window with a broken latch was found ajar the morning Nora disappeared.