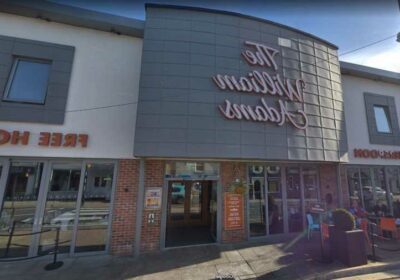 NINE Wetherspoon’s staff have been sent home to self-isolate after an employee tested positive for coronavirus – but the pub has stayed OPEN.

The team at The William Adams in Gorleston, Norfolk, are staying away from the bar but punters are yet to be notified under the NHS’s test and trace system. 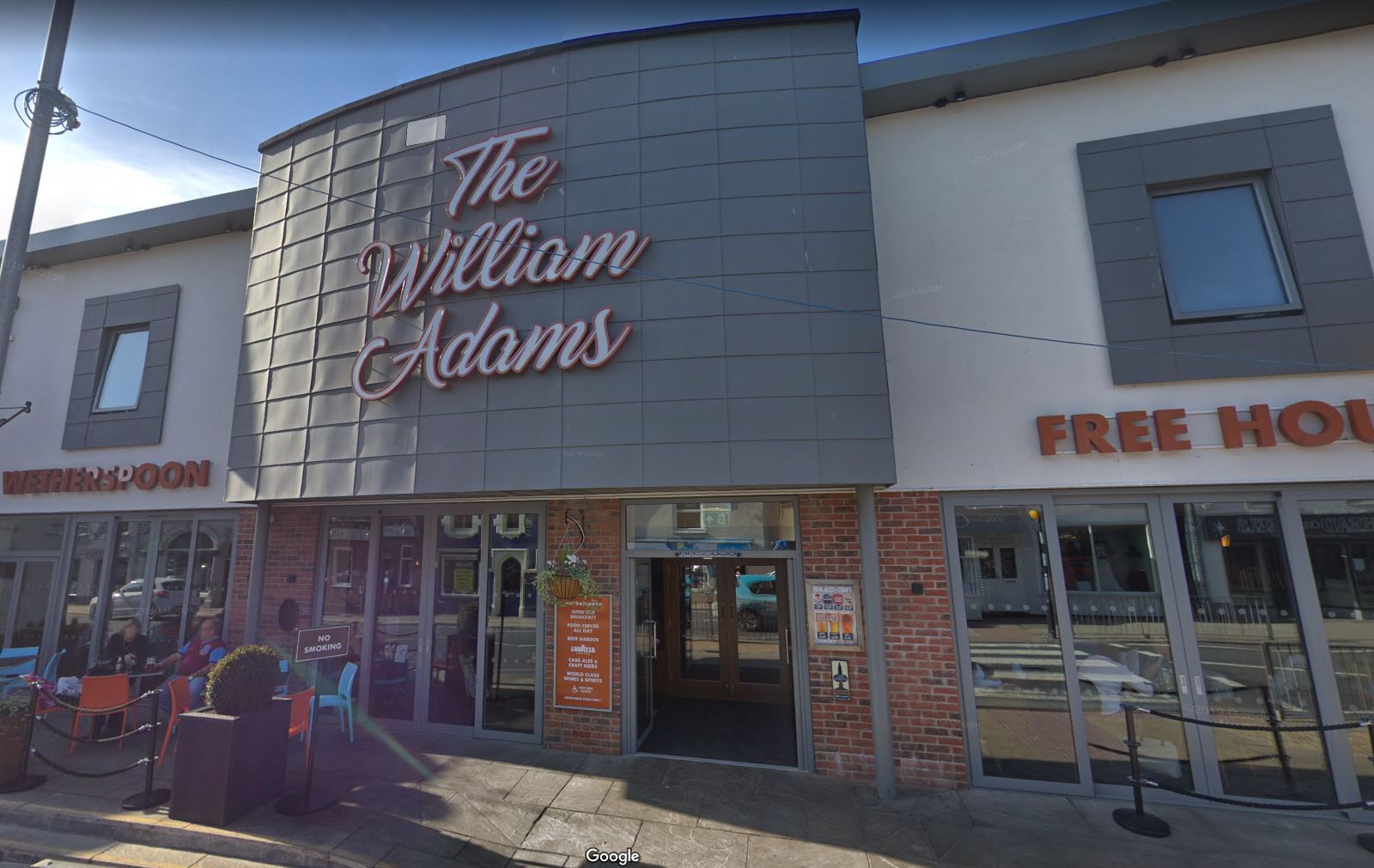 They are being told to only get tested if they have symptoms of the virus.

The pub was allowed to stay open after being deep cleaned and visited on Sunday by Great Yarmouth Borough Council health officials who said all proper procedures had been followed.

It comes after three pubs were forced to close early last month due to coronavirus infections.

The Fox & Hounds in Batley, West Yorks,The Village Home in Alverstoke, Hants and The Light House Kitchen in Burnham-on-Sea, Somerset, all had to deal with outbreaks.

He explained that 29 staff members had been identified as being on site at the same time as the infected worker last week.

Eight confirmed they had been in “close proximity” with the employee and have been put in isolation for 14 days.

No other workers are displaying any symptoms, but they are subject to a health assessment before each shift.

It is not possible to completely eliminate risk, but the combination of stringent hygiene measures and the self-isolation of staff helps to minimise it.

Mr Gershon said: “The advice Wetherspoon has received from the authorities indicates that those employees working with someone who tests positive should self-isolate if they have been within two metres for 15 minutes or more – for example, working next to someone on the bar or in the kitchen.

“In these circumstances, it has not been the advice of the Environmental Health Authorities to close the premises.

“Since reopening on July 4, Wetherspoon has implemented regular surface cleaning, has provided hand sanitisers and has implemented social distancing measures in all pubs.

“It is not possible to completely eliminate risk, but the combination of stringent hygiene measures and the self-isolation of staff helps to minimise it.” 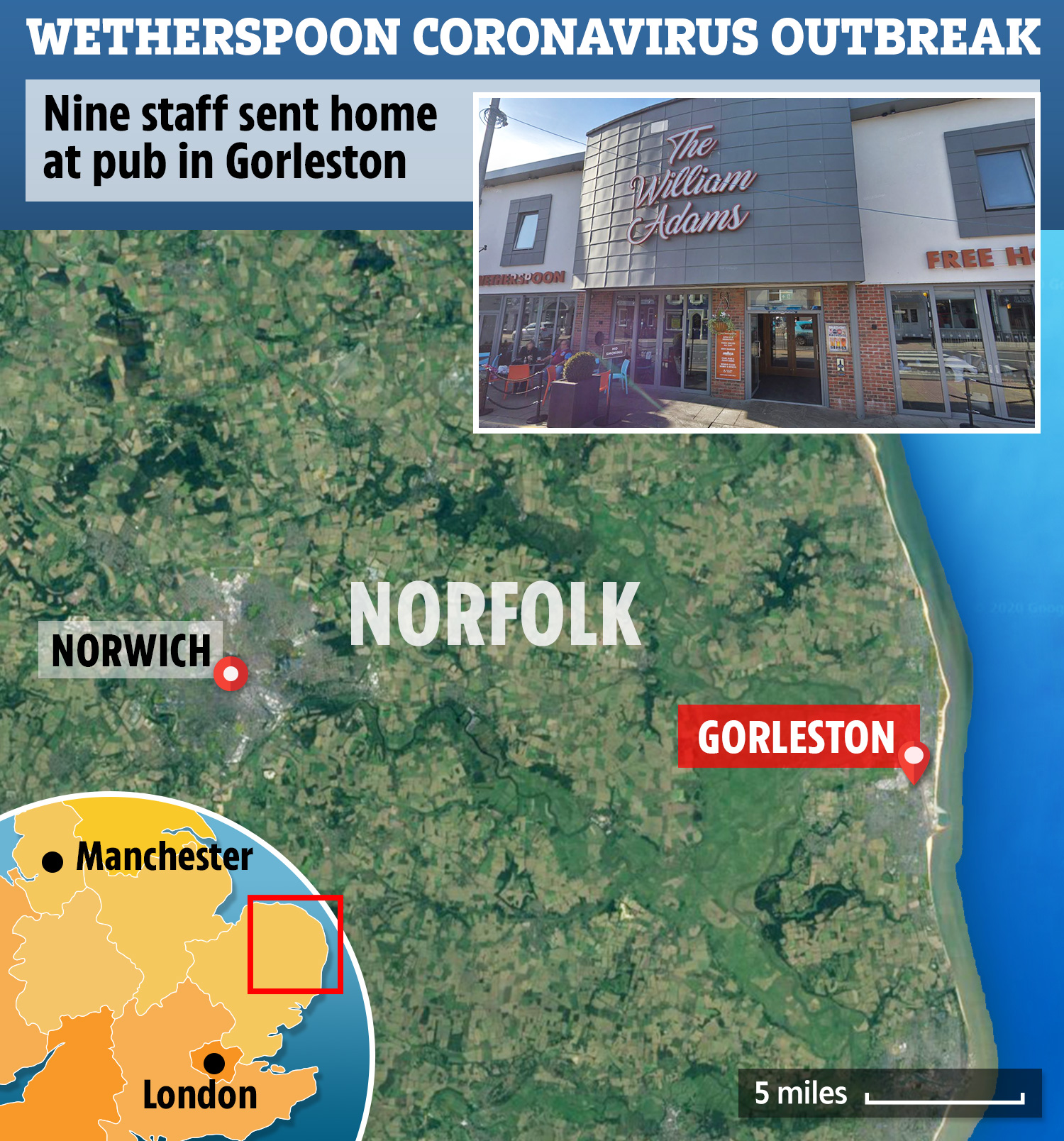 A council spokesperson said “correct procedures” had been carried out to let the pub stay open for business.

They added: “A council officer confirmed that Covid-secure measures were in place, in line with Government guidance, and the correct procedures had been followed, including with respect to thorough cleansing and the staff member self-isolating.

“Based on the procedures in place and this being a single confirmed case, we are comfortable with that premises continuing trading.

“We will liaise with Norfolk County Council and Public Health England, which have the powers to consider closing a premises in the event of an ‘outbreak’, which is defined as two or more confirmed cases.”

The outbreak at The William Adams comes as government scientists warned that pubs and restaurants may have to shut in order for schools to reopen fully in September.

Everything you can and can't do after Covid rules changed TODAY

Professor Chris Whitty said getting children back into the classroom is pivotal for the “wellbeing of our country” – and hinted that Brits will have to sacrifice other freedoms as cases rise.

While the Government's scientific advisory group for emergencies – or SAGE – aid the hospitality sector may have to take the hit to reduce the risk of transmission in society.

Telling ministers that pubs and restaurants may have to close at the end of the summer, the scientists said: "It is important to ensure that there will be enough 'room' in terms of the epidemic to open schools in September… there is a strong case for prioritising opening schools over other establishments." 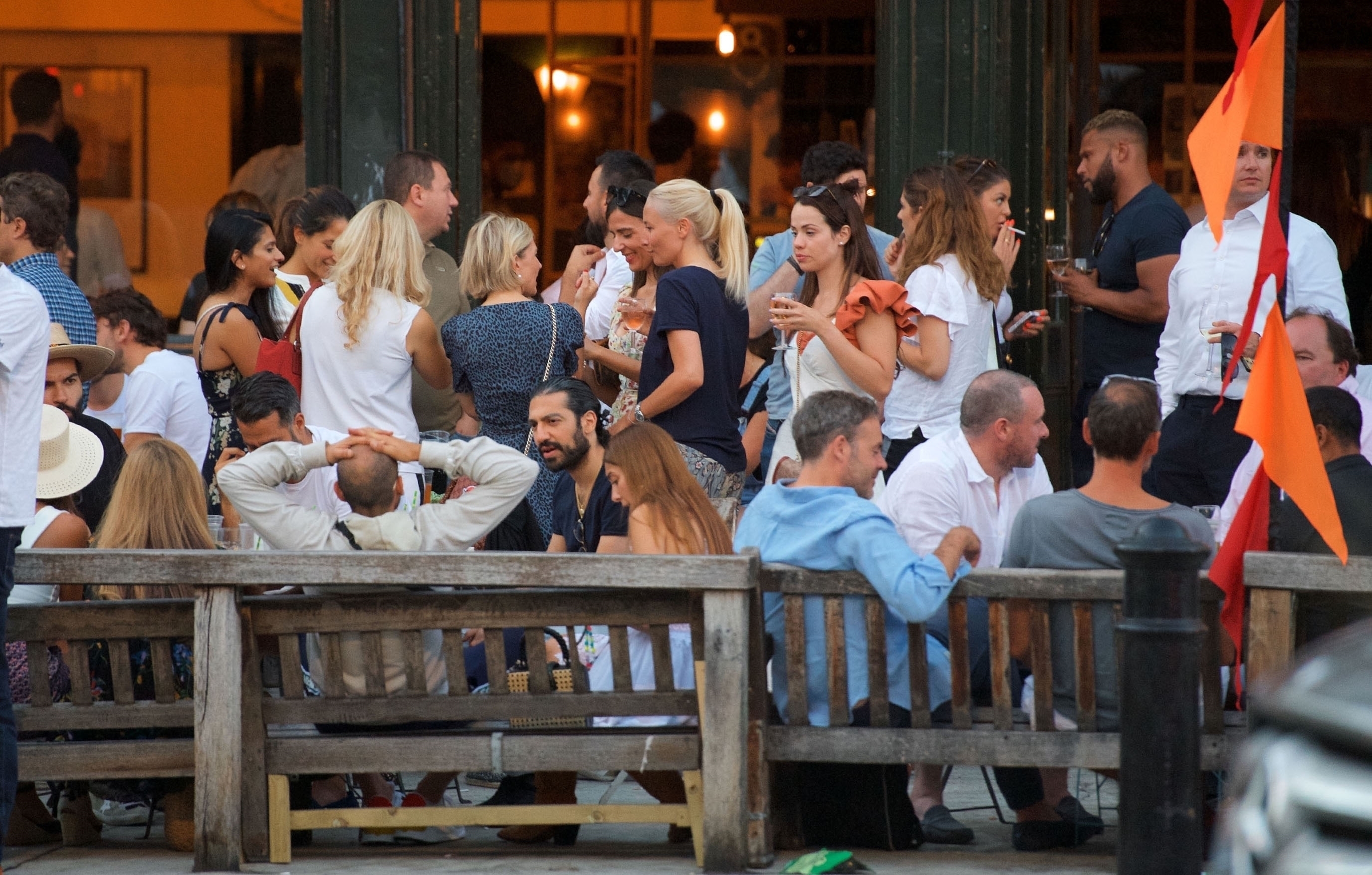