THIS is the hilarious moment a newlywed couple looked on in horror as their huge wedding cake toppled to the ground seconds after they had cut into it.

Chloe and Aaron Bailey's wedding photographer captured the disastrous moment in a series of hysterical pictures at their plush venue in Northbrook Park, Surrey. 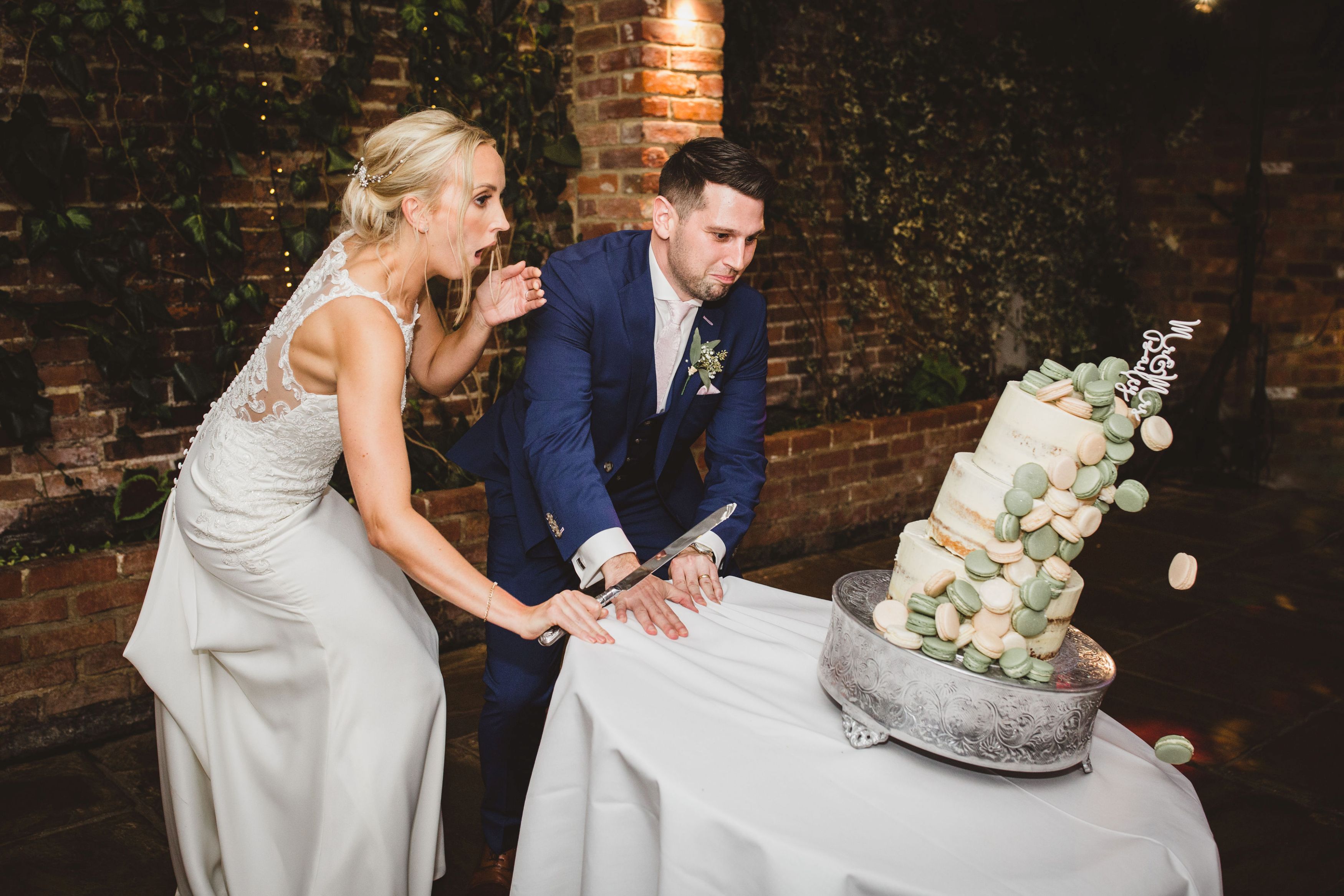 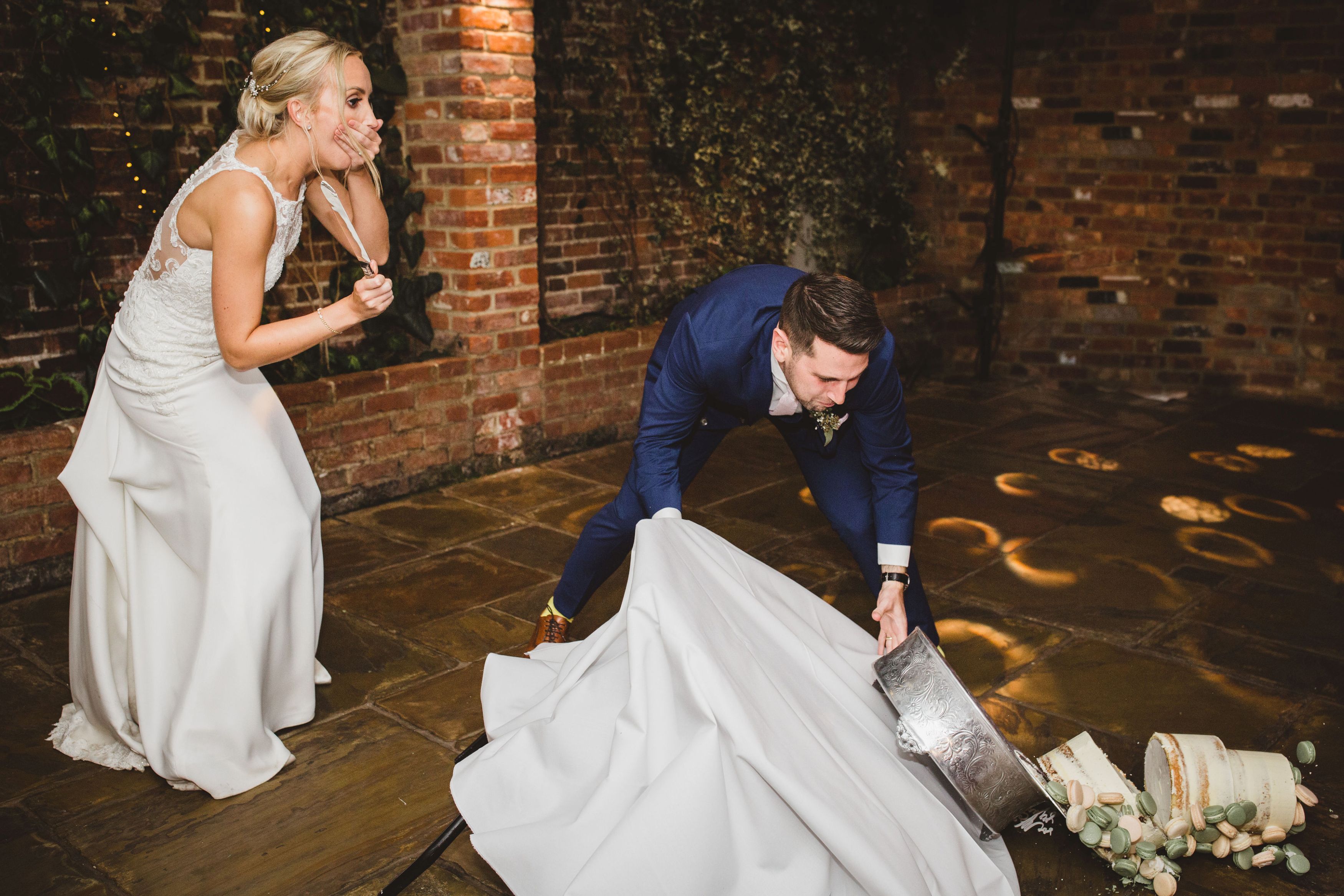 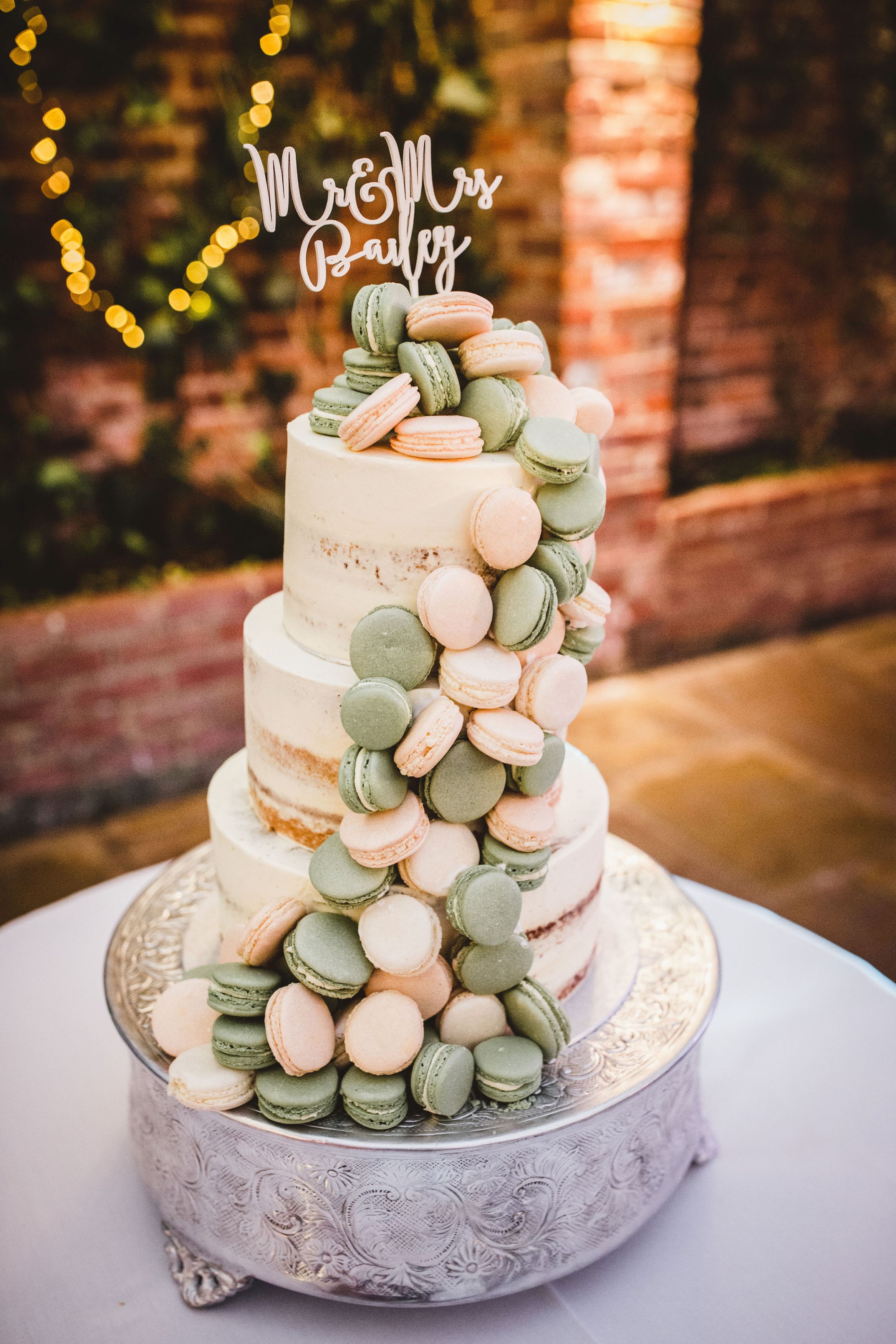 Chloe, 28, and Aaron, 29, had even forked out an extra £100 to have their dream three-tier cake transported safely to the venue.

But the happy couple's nightmare came true when they later watched "in slow motion" as it toppled on to the ground after the table collapsed just as they started to cut it.

Hilarious photos captured by wedding snapper Alisa Roberts, 28, show the couple posing with a knife before the disaster unfolded.

But the Bailey's took it in their stride and even scrambled to put the doomed cake back together.

The couple, who have been together for 13 years, burst into laughter and later posed by their rebuilt cake holding their 'Mr and Mrs Bailey' sign – and a stray macaron.

Chloe, who is a teacher from Hampshire, said: "What could we do? We just had to laugh it off. It was funny. We will remember that, definitely.

"For us it felt like slow motion, as if it were about five or 10 minutes. It's just that panic of what on earth do you do? I think everyone else felt like that too.

We were both just gripping on to the edge of the table thinking, 'no, this can't be happening'.

"It was disbelief initially. We were both just gripping on to the edge of the table thinking, 'no, this can't be happening'.

"We've both been to so many weddings as well and nothing has ever happened like this before for us to witness so we just couldn't believe it ourselves.

"We were really shocked and had a moment of pause. The atmosphere of the whole room just changed and the room paused because they didn't know if we were going to laugh or cry.

"I think we just looked at each other and thought, 'what can you do?'. We just laughed. All the bridesmaids ran in and ate the macarons off the floor.

"Someone picked up a macaron and handed it to us. We just ate it and laughed."

Snaps show the bride stood with her hand over her mouth in utter shock while Aaron struggles to rescue the cake as it begins to tumble.

Photographer Alisa claims she was torn between rushing to help stop the cake and capturing the moment as it happened.

Alisa, from Southampton, said: "Of all the weddings I've done, I've got a lot of stories but this cake cutting is one of the best stories.

I feel like this will be a really memorable part of their wedding day.

"That's never happened before. It's one of those once-in-a-lifetime things.

"Chloe and Aaron thought it was so funny and really memorable. It was absolutely nothing bad, it was just a moment that was hilarious and so unexpected.

"They were absolute legends about it and so great.

"Everyone loves the cake but actually the cutting of the cake just feels like a photo people have to get and there's never really any emotion behind it.

"I feel like this will be a really memorable part of their wedding day. From my perspective, I'm always looking for those natural moments and trying not to force anything.

"Everyone gathered around with their cameras ready to take a photo. As it started to wobble, there was a split second of 'oh my god, this cake is going to fall'."

Chloe says she and Aaron had paid extra for the cake, which had three separate tiers of Bakewell tart, gin and tonic and caramel and salted toffee flavouring, to be brought safely to the venue. 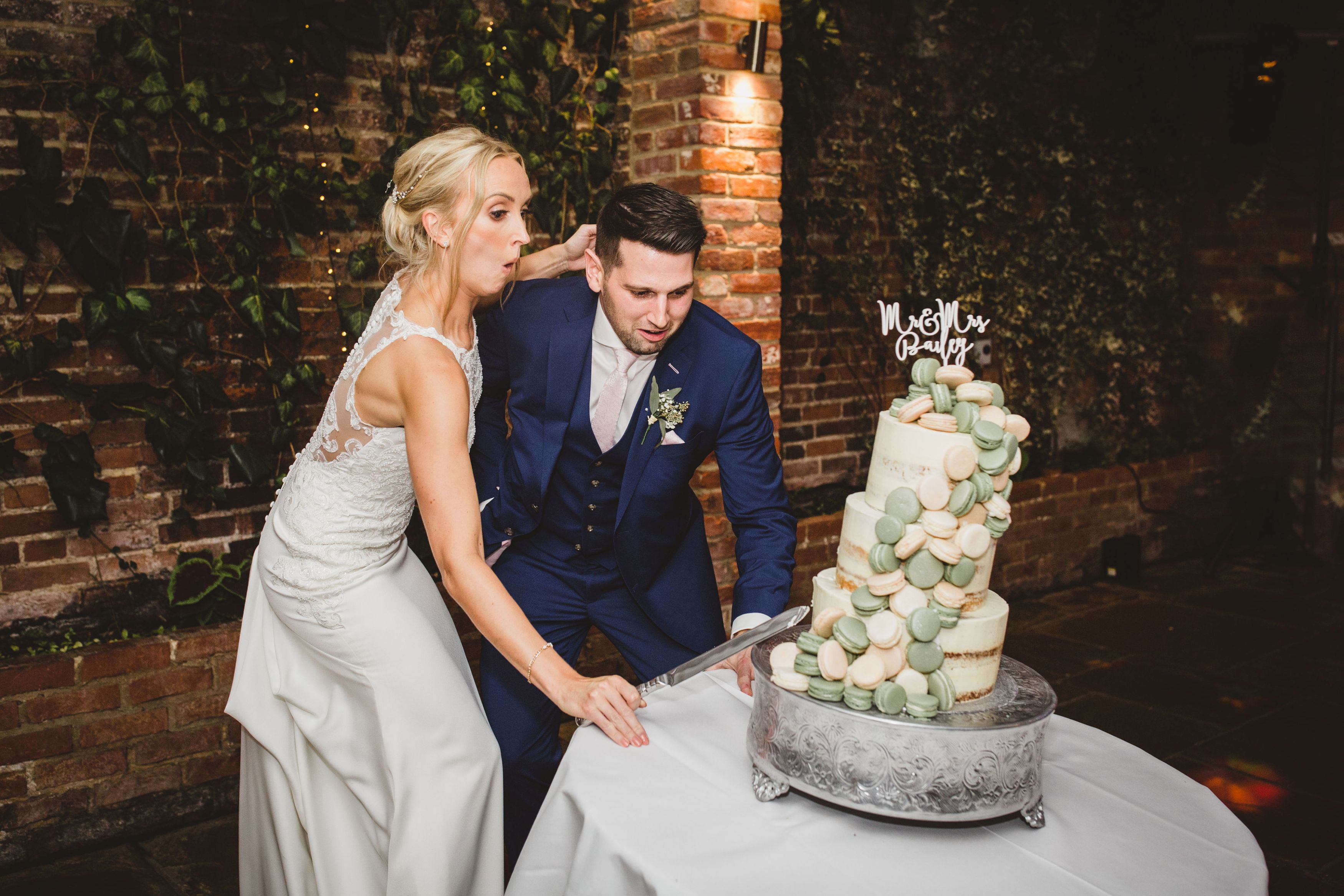 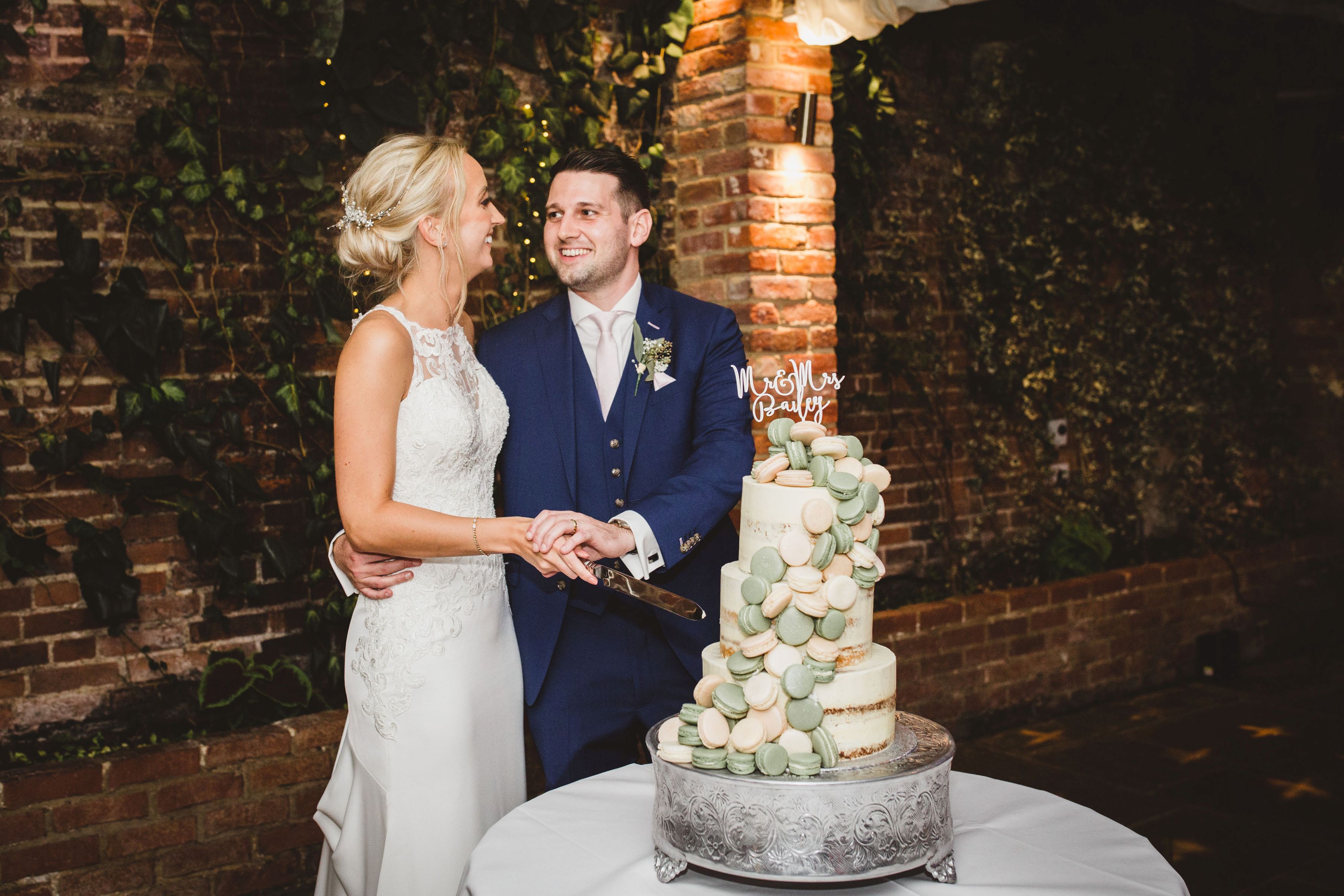 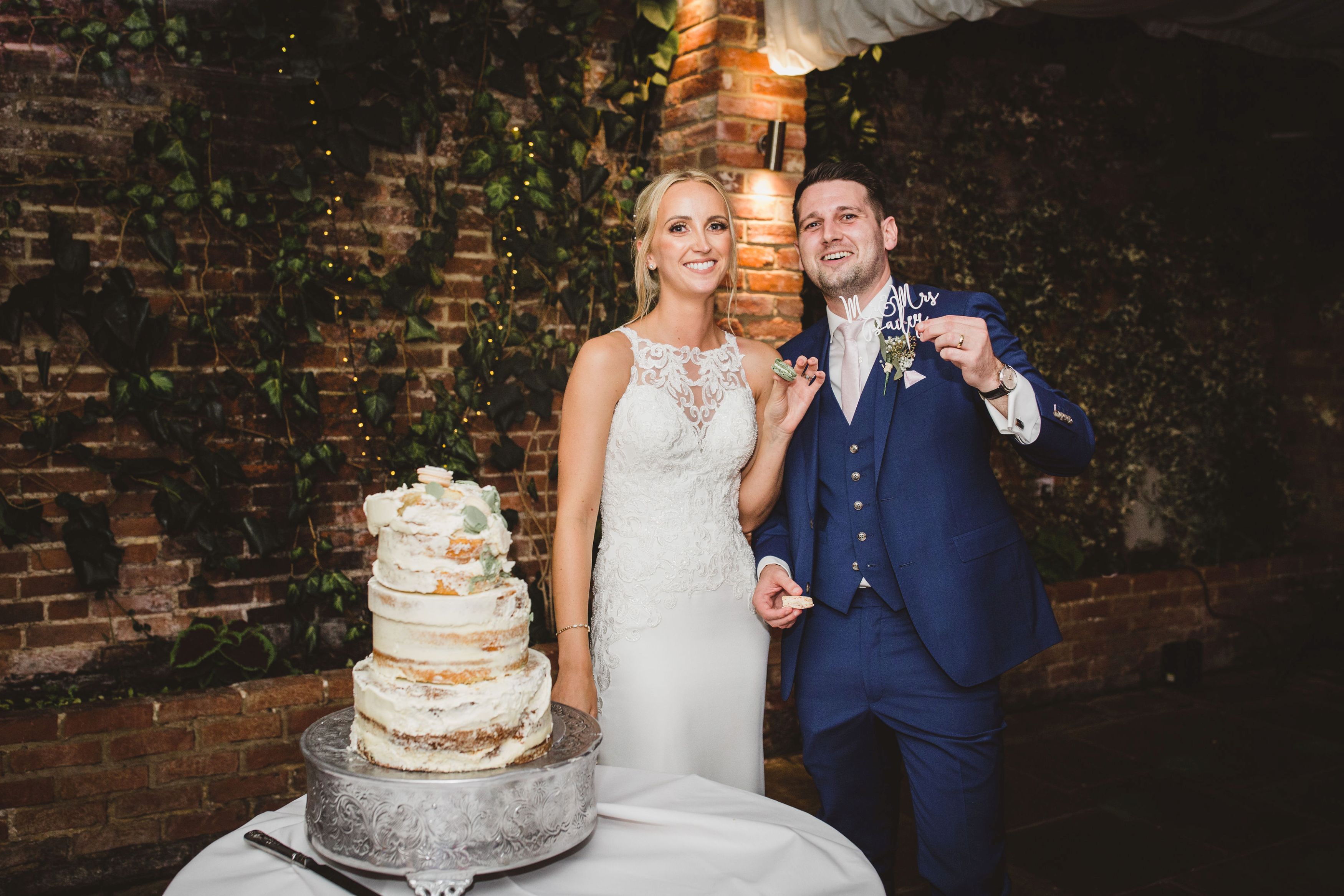 Chloe said: "The most ironic thing was we'd paid a little bit extra – about £100 – for the cake to come safely and be set up.

"If one of the guests had done that they would have just felt horrendous and so guilty. It might not have been quite so funny if someone else had done it."