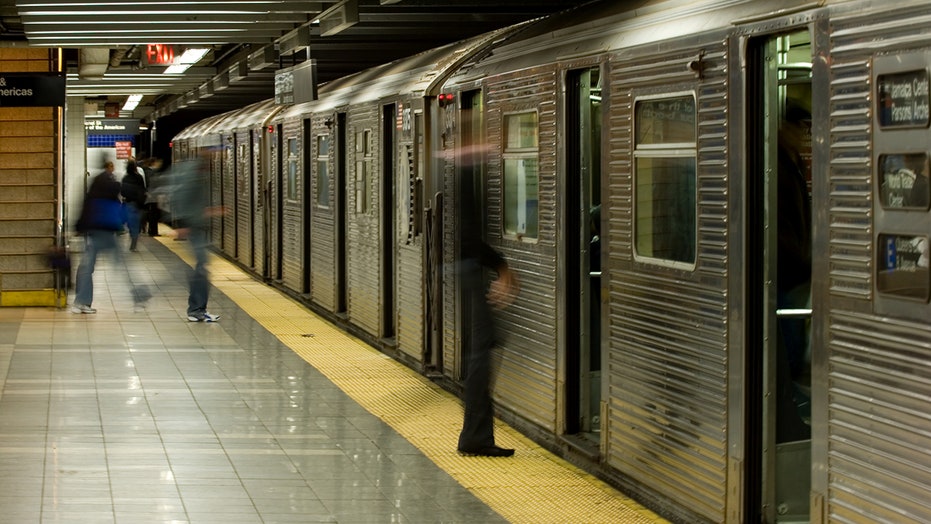 A woman was shoved head-first into the side of a New York City subway train Wednesday by a seemingly deranged man in what appeared to be an unprovoked attack, stunning video shows.

A video posted to Twitter on Wednesday, in a bid to get the attention of police, shows a man hopping up and down and moving about the platform at DeKalb Avenue station in Brooklyn around 7:20 p.m. when he appears to suddenly shove someone on the crowded platform.

As he shouts, "What?" the man, dressed in a dark jacket and tan pants, then suddenly shoves a woman — and she dives head- or possibly face-first into the side of the train car. The video cuts off, but people can be heard screaming in the background.

Brooke Sabel, the user who posted the video online, tweeted the woman who was shoved "left the scene without getting any help."

Authorities were called to the station, but the crowd cleared the area by the time cops arrived, the New York Post reported.