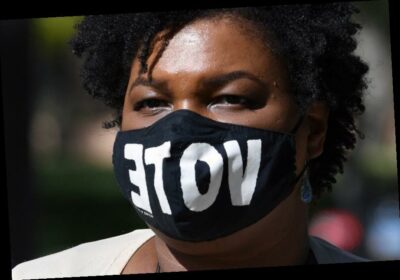 There’s widespread outrage and at least one lawsuit after the governor of Georgia signed Republican-backed legislation into law that reeks of voter suppression.

“Georgia Republicans’ shameful efforts to suppress the vote and seize electoral power through SB 202 demonstrate how critical the fight for voting rights remains,” said Stacey Abrams, Founder of Fair Fight Action. The advocacy group is widely credited with flipping Georgia from “red” to “blue” during the presidential and Senate elections.

Abrams urged every business, political, and civic leader must stand up and make their opposition to the laws clear.

“At a time when Georgia ranks as the worst state for COVID vaccination rates, Georgia Republicans instead are singularly focused on reviving Georgia’s dark past of racist voting laws,” she said in a statement. “And as the FBI continues to round up seditionists who spilled blood to defend a lie about our elections, Republican state leaders willfully undermine democracy by giving themselves authority to overturn results they do not like. Now, more than ever, Americans must demand federal action to protect voting rights as we continue to fight against these blatantly unconstitutional efforts that are nothing less than Jim Crow 2.0.”

“Let’s call SB 202 for what it is: a blatant and intentional strike on Black, Brown, and new voters,” she said in a statement. “Republicans in our state have tried to paint the picture that this bill is better than the rest, but it is just as egregious as the 50 plus anti voting bills they tried to pass this session.”

She accused Republican lawmakers of pushing the bill through behind closed doors and amidst a cloud of secrecy, and introducing a surprise 94-page addition to the bill without informing the community.

“This is not how democracy works. Lawmakers are elected to represent us, yet they are doing everything they can to take away our votes without our consent. …We are here to say that enough is enough. We will not be your punching bag.”

The New Georgia Project along with fellow civic and voter empowerment groups, Black Voters Matter Fund and student-led RISE, Incorporated, have filed a 35-page lawsuit challenging the law. The link to the filing is here.

The suit claims that the bill violates the rights of Georgia voters—particularly people of color, the impoverished, young people and those with disabilities—and will make it more difficult for voters to exercise their lawful voting rights.

The suit further notes that “over the past year, Georgia voters turned out in record shattering numbers.” It recaps that in the 2020 General Election, nearly 5 million Georgians voted, while nearly 4.5 million people cast ballots in the January 2021 U.S. Senate runoff.

The lawsuit goes on to ask the courts to declare that the bill violates the Constitution’s First and 14th Amendments, as well as the Voting Rights Act of 1965. A court date has not yet been announced.

Advocates and civil rights groups across Georgia and beyond are protesting the law and galvanizing. Meanwhile, Park Cannon, a Black state representative in Georgia, was arrested after she knocked on the governor’s door as he signed the bill. Senator Raphael Warnock, her pastor, denounced her detainment and visited her in jail. She has since been released.

“Hey everyone, thank you for your support. I’ve been released from jail,” Cannon noted in a tweet. “I am not the first Georgian to be arrested for fighting voter suppression. I’d love to say I’m the last, but we know that isn’t true.”

Derrick Johnson, president and CEO of the NAACP, called Cannon’s arrest “a gross misuse and abuse of power.”

“Georgia’s highest elected official exploiting his authority to suppress a sitting representative and the voters places the state down a dangerous path,” he said.

The NAACP leader termed the new bill  “reminiscent of the Jim Crow era.”

“This is nothing more than an attempt to suppress voters and make it harder for Georgia’s most vulnerable communities. We will work with our Georgia unit and branches to end this blatant encroachment on the people’s voting rights.”

The group recently announced that its “We Got The Power campaign” is expanding to Texas to continue building Black voting power nationwide.

The expansion of the campaign comes as legislators in more than 40 states consider measures to roll back voting rights protections following unprecedented Black voter turnout in the 2020 presidential election. In the face of this legislation, Black Voters Matter said it would continue to encourage Black voters to use the ballot to address the issues and challenges facing their communities. Voters should “seek to engage corporations to use their economic power to apply pressure against legislators” in states that are using voter suppression tactics.

“Building Black voting power doesn’t exist only in major presidential election years, but is a year round goal for us,” said Brown in a statement.

“Last year’s elections showed us that, when Black communities harness their voting power, we can achieve the unimaginable and change the course of this nation,”  added Albright.