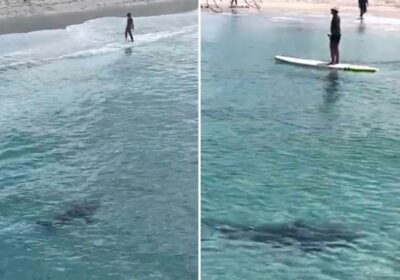 THIS is the heart-stopping moment a huge bull shark came within meters of oblivious beachgoers in Florida.

Dramatic drone footage shows the enormous predator closing in on a paddleboarder as it prowls the water unnoticed. 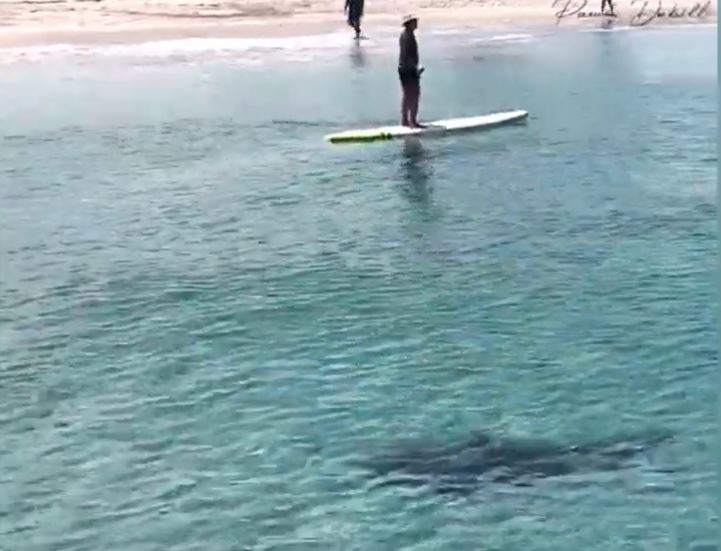 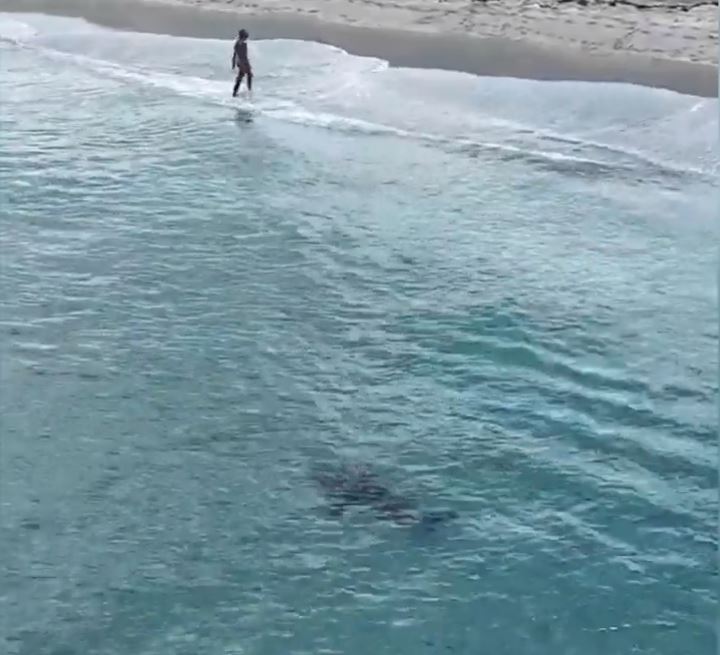 The curious beast can be seen approaching the unsuspecting swimmer.

It then glides right past the paddleboarder before pressing close to the surf just as a woman leaves the water – still apparently totally unaware of what's lurking behind her.

Finally the mighty shark heads towards a group of snorkellers, before heading back to the paddleboarder to take another look.

Drone pilot Paul Dabill, from Jupiter, was stunned when he captured the close encounter on camera. 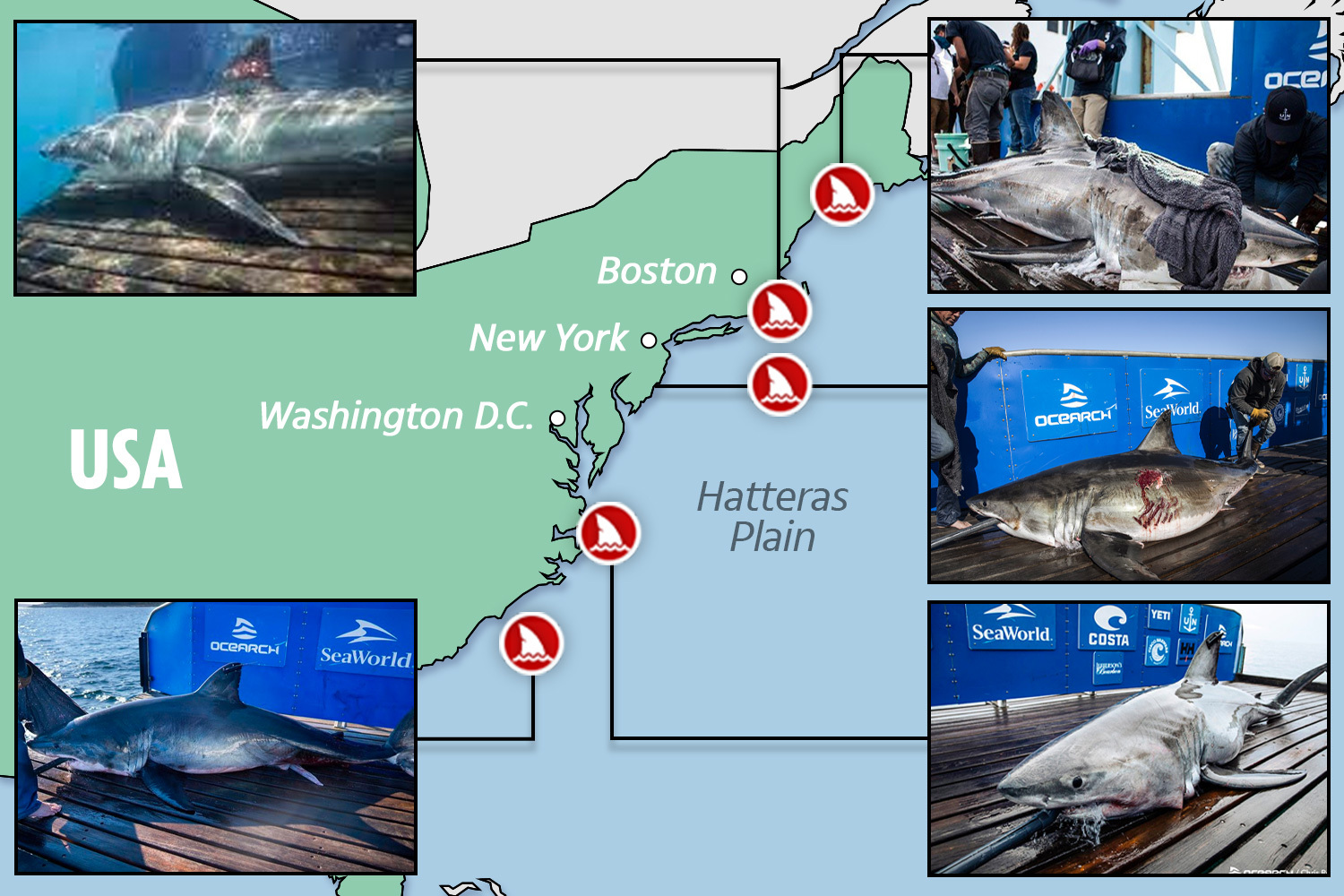 He said: "They're common. During certain times I see them every time I fly my drone.

"But they usually don't get closer than 50 feet or so from the beach – this one got much closer, which is rare."

Mr Dabill, 47, thinks the shark was probably tempted towards the beach by the prospect of food.

But he emphasised that an attack was only on the cards in two circumstances.

"One is if the shark is in shallow murky water chasing baitfish and a person is swimming or surfing in the area," he said.

"Then there is a chance that the shark could mistakenly bite the person while chasing the baitfish.

"The other scenario is when a diver is spearfishing.

"Once a fish is shot it will struggle and bleed causing sharks to charge into the area and attempt to eat the speared fish.

"If the spearfisherman is close to the speared fish the shark might accidentally bite the person."

Bull sharks are territorial by nature and easily-provoked and so are often blamed when a shark attacks a human.

He added: "Sharks do not want to attack people.

"If a shark bite occurs it is almost always a mistake by the shark or a person being in the way of the shark and a potential meal for the shark."

It comes after an 11-foot great white shark was spotted only three miles from a famous US beach on Sunday.

The shark, named Freya by Sea World, was seen on the outer banks of Pea Island in North Carolina on Father's Day.

Freya, who weighs 883 pounds, triggered the nonprofit's shark tracker system when she came close to the shore.

Meanwhile, a group of huge whale sharks measuring up to 40 feet each was spotted circling a popular beach.

Noah Gunn said the sharks swam up to the boat he was fishing on with others off the coast of Anna Maria Island in Florida. 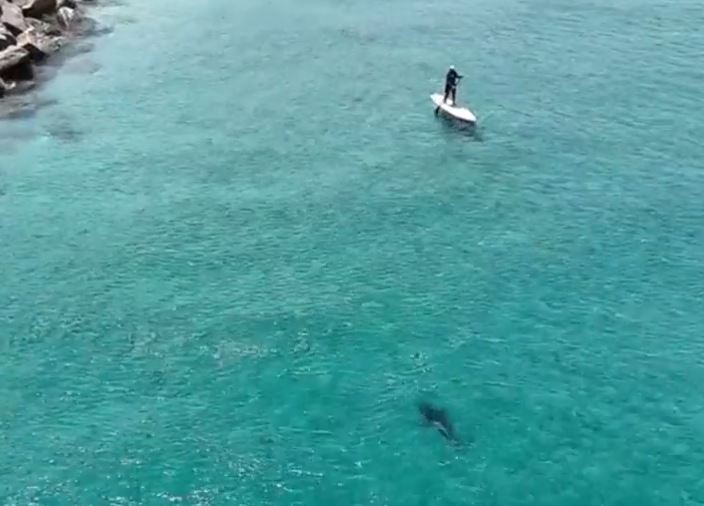