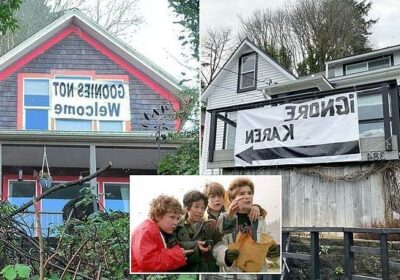 Neighbor of new owner who bought iconic home from 1985 film ‘The Goonies’ for $1.65M is branded a Karen for hanging banner saying ‘GOONIES NOT WELCOME’

The neighbor of a Kansas City entrepreneur who bought the house featured in the iconic 1985 film The Goonies has been branded a Karen for hanging a sign discouraging visitors.

Behman Zakeri, who bought the Astoria, Oregon house from the film for $1.65million in December, has previously said he will welcome fans of the film who travel to the Oregon coast to see the 126-year-old home.

The 37-year-old has described himself as a fan of the family-friendly movie, saying he has seen it more than a 100 times.

‘Somebody had to buy it, preserve it, keep it so that Goonies can continue to come visit it,’ Zakeri told KGW.

But his new neighbor two doors down did not appear to like the idea of fans traveling to the small, private neighborhood to see the iconic house — and hung up a huge banner saying ‘GOONIES NOT WELCOME.’ 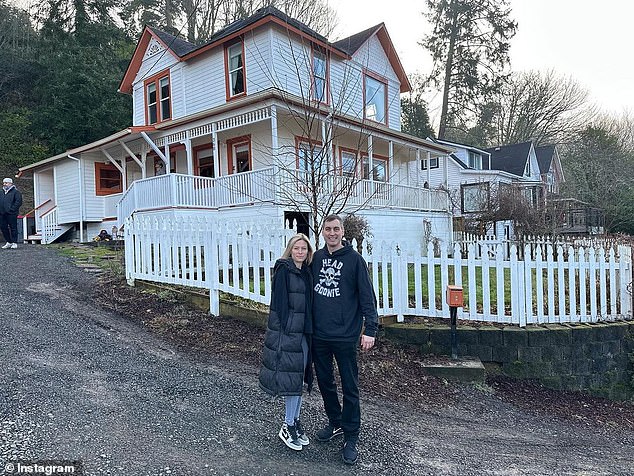 Kansas City entrepreneur Behman Zakeri, 37, and his wife Liz purchased the house featured in the 1985 film for $1.65million in December 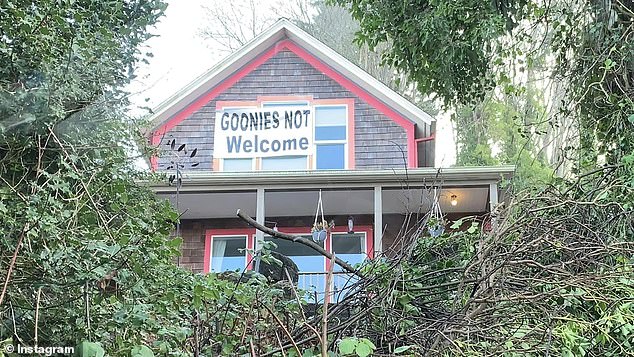 A neighbor of the iconic house in Astoria, Oregon posted a sign telling fans to stay away

The fight on the private Oregon street apparently began after Zakari said he would welcome fans to the house to take selfies — noting he once did so himself — as long as they are respectful to the neighbors.

‘The reason I’m buying it is for the community,’ he told KGW last month. ‘Somebody’s got to be the caretaker, somebody’s got to preserve the landmark. Somebody has to keep it original and not get demoed.’

In the aftermath, the neighbor two doors down hung up the banner saying Goonies fans are not welcome, apparently upset with the amount of traffic it would bring to the area.

After seeing the challenge, though, Zakeri placed a banner on his new house reading: ‘HEY YOU GUYS! GOONIES WELCOME!’ It included the pirate flag from the Richard Donner-directed movie.

And his childhood friend, Michael Eakin, who bought the house next door — which sits between the Goonies house and the disgruntled neighbor’s house — hung a sign with a huge black arrow pointing to the Goonies Not Welcome house that reads: ‘IGNORE KAREN.’ 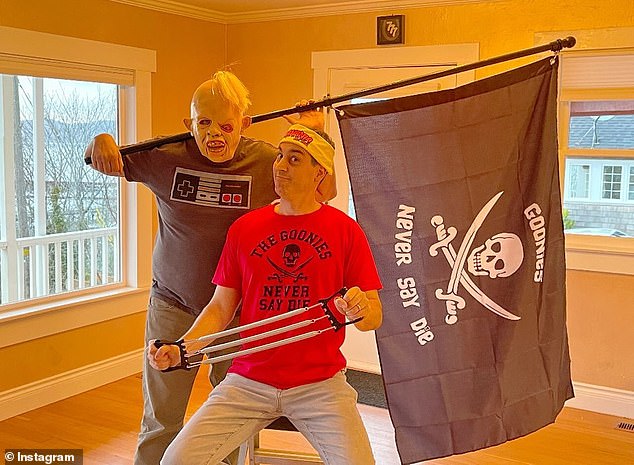 Zacari has vowed to preserve the house for fans, saying they are allowed to stop by and take pictures 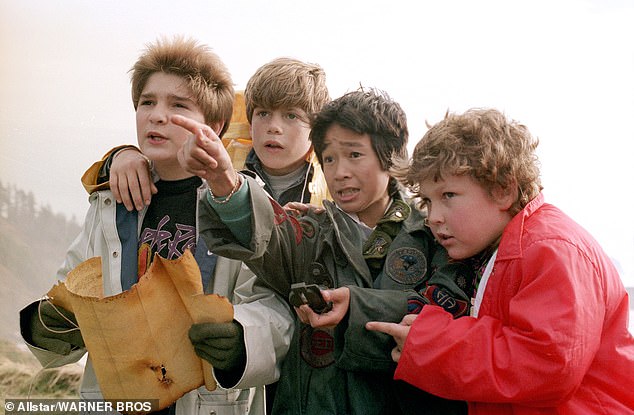 The 1985 film made $125million at the box office and served as a launching pad for the careers of Josh Brolin, Corey Feldman, Martha Plimpton and recent Golden Globe winner Ke Huay Quan 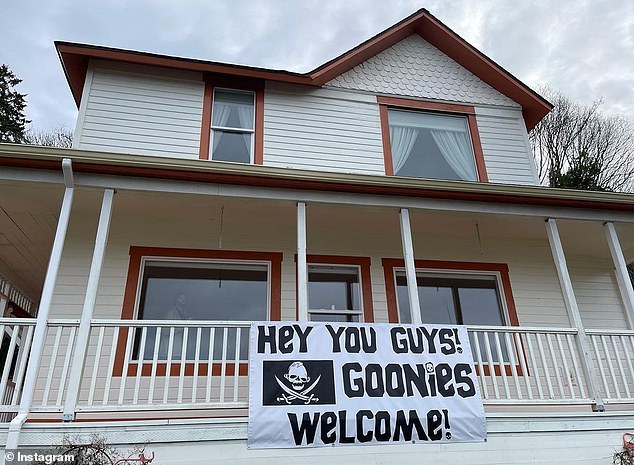 After seeing the sign his new neighbor put up, Zacari put up a sign telling Goonies they are welcome to the site 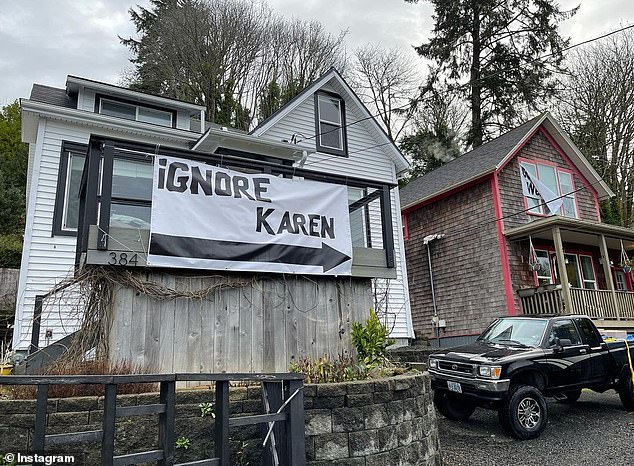 His friend, Michael Eakin, who bought the house next door — which sits between the Goonies house and the disgruntled neighbor’s house — also hung up a sign telling passersby to ‘IGNORE KAREN’ with an arrow pointed at the GOONIES NOT WELCOME home

The Goonies house has been an attraction for fans of the film since it debuted in 1985.

Based on a story by Steven Spielberg, the film features a group of friends fighting to protect their homes from an expanding country club and threats of foreclosure.

In the process, they discover an old treasure map that leads them on an adventure and allows them to save their ‘Goon Docks’ neighborhood.

It made $125million at the box office and served as a launching pad for the careers of Josh Brolin, Corey Feldman, Martha Plimpton and recent Golden Globe winner Ke Huay Quan.

In 2015, the 30th anniversary of the film brought as many as 1,500 people a day to the house, leading the previous owner to temporarily cover the house in tarps and post ‘no trespassing signs.’

The city also imposed strict fines for parking in ‘no parking’ areas of the neighborhood due to the amount of traffic.

The home was later reopened to the public, and Zakeri says he now hopes those who visit respect his new neighbors.

‘Let’s not go in the neighbors’ yards. Let’s not mess with their stuff,’ he said. ‘If they want to come take selfies, if they want to geocache or whatever and say “I was at the Goonies house: and do the truffle shuffle, then go right ahead.

‘Just be respectful,’ he said, ‘just like anything else.’