Nearly HALF of secondary schools in England have pupils at home self-isolating because of Covid as class attendance falls to 86%, government figures show

Nearly half of all secondary schools in England sent home one or more students due to coronavirus, while overall class attendance has dropped, government figures have revealed.

Around 86 per cent of secondary school pupils in England were in school last week, statistics from the Department for Education (DfE) suggest.

The figure is a one per cent drop compared to the previous figure of 87 per cent.

On top of that 0.2 per cent were absent as their school was closed for Covid-19 related reasons, and 0.5 per centwere off as they suspected they had coronavirus.

Meanwhile, more than a fifth (21 per cent) of schools said they had one or more pupils self-isolating who had been asked to do so due to potential contact with a case of coronavirus inside the school.

Education chiefs say the figures ‘illustrate the continuing high level of disruption they (school bosses) are dealing with’. 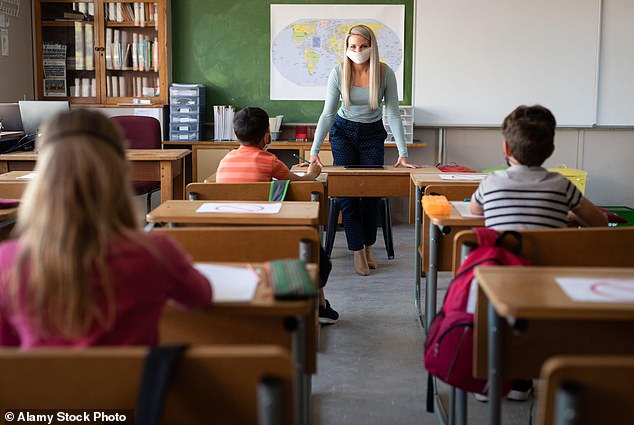 Julie McCulloch, director of policy at the Association of School and College Leaders (ASCL), said: ‘The fact that nearly half of secondary schools have recorded one or more pupils self-isolating due to the protocols necessitated by the Covid pandemic, illustrates the continuing high level of disruption they are dealing with.

She added: ‘There have been far too many occasions when schools have experienced difficulty in accessing timely and useful advice, and the Government hasn’t lived up to its promise.’ 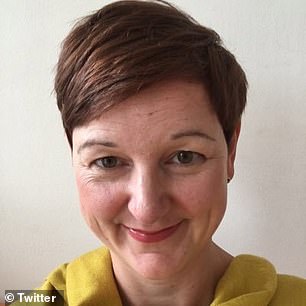 Julie McCulloch, director of policy at the Association of School and College Leaders (ASCL), said the figures ‘illustrate the continuing high level of disruption they (school bosses) are dealing with’

Ms McCulloch said heads have reported receiving ‘patchy support’ from a DfE helpline set up to provide advice in the event of positive Covid cases.

She said: ‘Incredibly, schools and colleges reporting a second or subsequent case were being told that they needn’t ‘bother’ phoning the helpline again, as they ‘already know what to do’.

‘This line has apparently now been removed from the script used by call handlers, but the fact it was there at all isn’t helpful.’

Overall, the figures show 89 per cent of students on roll in state schools, both secondary and primary, were in attendance on October 15, down from 90 per cent a week earlier.

The DfE has changed its methodology for reporting attendance which means the number of schools ‘not fully open’ is no longer included in the data.

A DfE spokeswoman said: ‘Over 99% of schools have been open every week since term began, with over 7.3 million pupils attending last week to learn from brilliant teachers and spend time with friends.

‘As expected, a small proportion of pupils are self-isolating but this is similar to previous weeks, and the average group size is small compared to the total number of pupils.

‘From their first day self-isolating, schools are expected to provide pupils with remote education, which is in line with what they receive in school so they do not fall behind.’

The Government has faced calls to shorten or even scrap holidays in the coming months in order to give students more time in the classroom after six months of disruption caused by the coronavirus crisis.

But Mr Gibb told the Education Select Committee that it is ‘not the intention currently to erode the school holidays’.

He said time off would allow children to do their own studying while also giving teachers the opportunity to recharge their batteries after ‘working phenomenally hard over this period’. 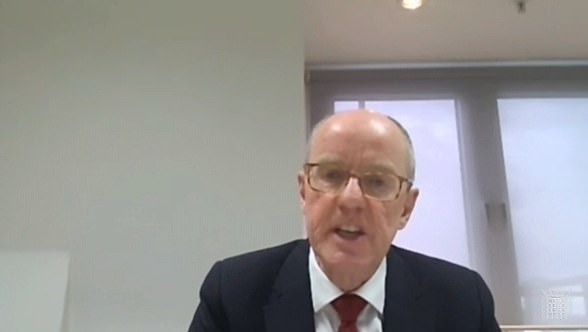 The chairman of the committee, Tory MP Robert Halfon, asked Mr Gibb if he believed school holidays should be cut to ensure students can catch up.

The minister replied: ‘No, I don’t. Those holidays are necessary for the students to do their own work and to study.

‘Also teachers have been working phenomenally hard over this period and they do also need a break during those school holidays.

‘It is not the intention currently to erode the school holidays.’

The Government is adamant that exams will go ahead in 2021 after the closure of schools meant they had to be scrapped this year.

But there are concerns that ongoing disruption caused by localised outbreaks of Covid-19 could harm pupils’ preparations.

Mr Gibb told the committee: ‘The policy is that we expect schools to sit exams, we expect all students in year 11 and year 13 who are studying for exams to take those exams.

‘We have been working very closely with Ofqual and the exam boards, certainly to begin with on the timing issue and we have already announced there will be a three week delay to the timing so they will finish on July 2 and start after the May bank holiday half-term. 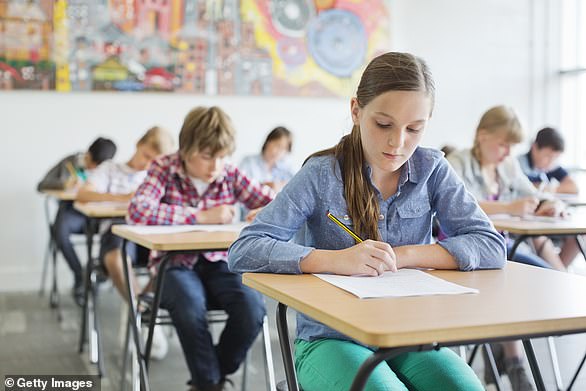 ‘That means a constrained marking time and that is an issue that we are dealing with with exam boards and we are working through other contingencies now with the exam boards.’

Asked whether using teacher predicted grades could be an option if exams have to be cancelled again, Mr Gibb said: ‘I have been very clear that we want students to take exams and we are looking at contingencies about what happens in worst case scenarios.’

The Government will be desperate to avoid a repeat of the exam results debacle seen this summer after a flawed algorithm used to calculate grades prompted a furious backlash and embarrassing U-turn.