Navy boss comes under fire after saying China is 'responsible' 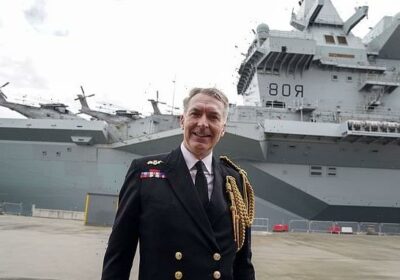 Navy boss in ‘responsible China’ row: Admiral Tony Radakin comes under fire after saying he expects no repeat of ‘the recklessness of the past’ as UK’s new aircraft carrier sets off on maiden voyage to the Indo-Pacific region

The head of the Royal Navy has come under fire after describing China and Russia as ‘responsible nations’.

Admiral Tony Radakin was speaking as the UK’s new aircraft carrier, HMS Queen Elizabeth, set off on her maiden voyage to the Indo-Pacific region. This will include the contested South China Sea.

But his comments, which came as the warship set sail on Saturday, have caused alarm – with experts pointing to human rights abuses by both nations.

These include China’s oppression of Uighur Muslims and Russia’s use of chemical weapons such as in Salisbury in 2018. 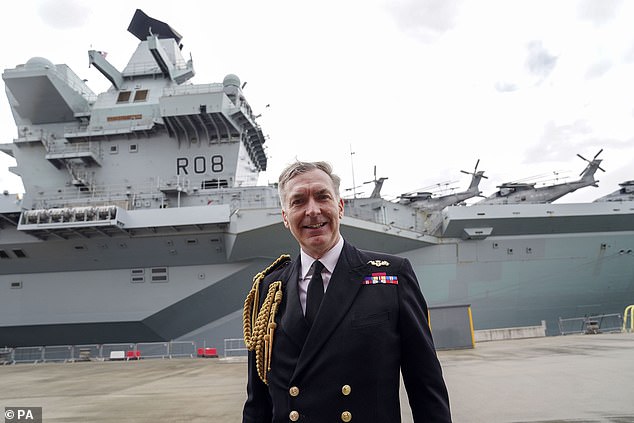 Admiral Tony Radakin has come under fire after describing China and Russia as ‘responsible nations. Pictured: Admiral Radakin in front of the HMS Queen Elizabeth at HM Naval Base, Portsmouth, on Saturday

Admiral Radakin said: ‘China and Russia are responsible nations. I would expect them to behave responsibly.

‘I do not expect the recklessness of the past or aggression from China when UK forces go about activity in a legal manner. We are behaving responsibly and we would expect others to behave responsibly too.’

Highlighting China’s attempts to cover up the Covid-19 outbreak and introduce draconian laws in Hong Kong, he said: ‘[These] are not the actions of a responsible nation.’ 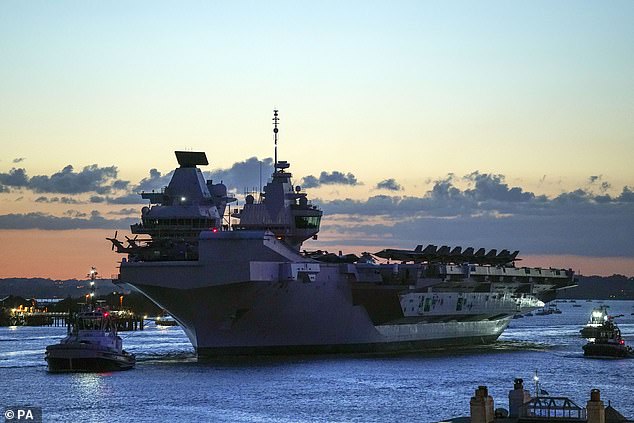 Experts also challenged the view that China will allow the Carrier Strike Group to pass through the South China Sea entirely unhindered.

James Rogers, director of research at the Council on Geostrategy, said: ‘The deployment is an inspiring expression of British naval power.

‘To deploy such a large task force to the other side of the world is something very few countries can do.

‘However, it is likely Britain’s adversaries will attempt to downplay the importance of the deployment and could attempt to harry HMS Queen Elizabeth’s passage in some way as it transits and performs exercises in the South China Sea.

‘The crew will have to maintain the highest standards to ensure the voyage proceeds as smoothly as possible.’