'Natural behavior': Why a London-sized iceberg breaking off of Antarctica isn't concerning scientists

An iceberg almost the size of Greater London has broken free from an ice shelf and is floating away from Antarctica.

A crack known as Chasm-1, which has been “developing naturally” over the last few years across the Brunt Ice Shelf, extended northwards, severing the west part of the ice shelf on Sunday during a spring tide, the British Antarctic Survey said in a statement.

Scientists say the impact of this new huge iceberg, around 600-square-miles in size and 490 feet thick, is unpredictable.

The break off is the second major calving from this complex glaciological structure in the last two years. In February 2021, another giant iceberg, around 490-square-miles, broke off from the northern section of Brunt. 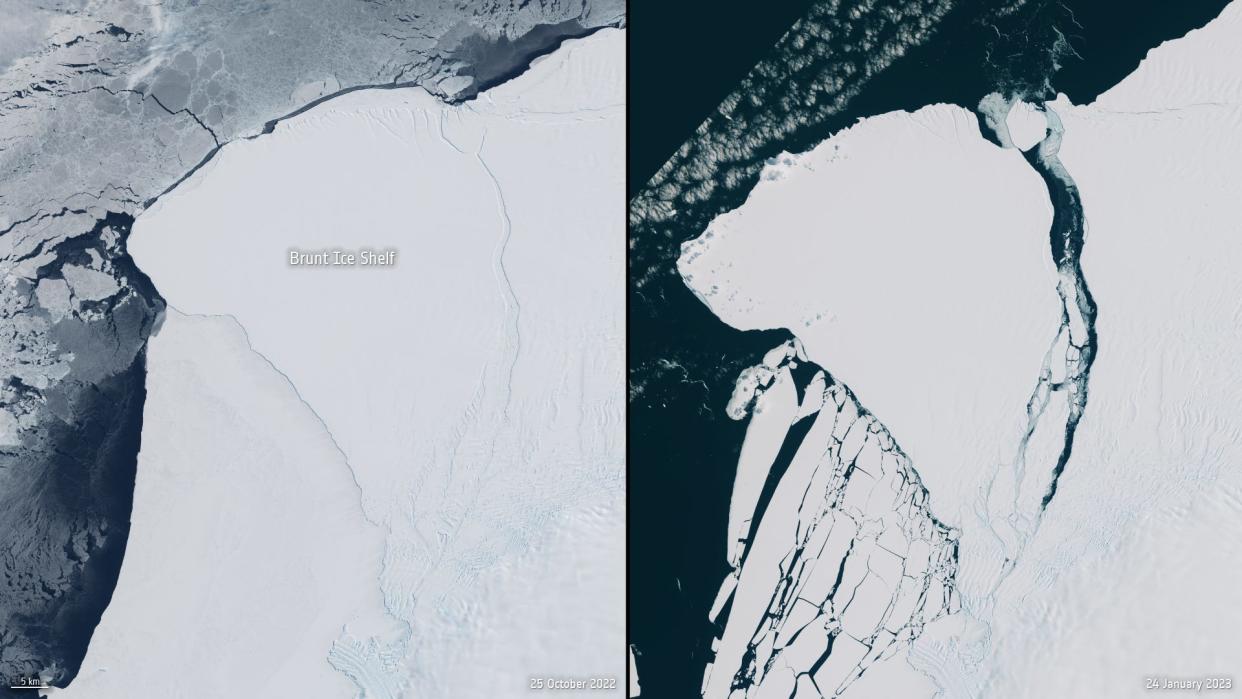 Scientists at British Antarctic Survey (BAS) who monitor the behavior of the ice shelf — the part of a land-based ice sheet that floats on the ocean — first observed this crack extending in 2012 after having been dormant for some decades, according to the European Space Agency.

The BAS Halley Research Station, which relocated 14 miles inland of Chasm-1 a few years ago after it began to widen, was unaffected by the recent break off. With six Halley research stations on the Brunt Ice Shelf since 1956 – the calving event, although unexpected time-wise, has long been anticipated.

Unlike the Larsen C Ice Shelf — which had extensive surface meltwater at the time of its collapse in 2017 — there is no evidence that climate change played a significant role in the changes with the Brunt Ice Shelf. When ice shelves like Larsen C are lost, it allows land-based ice to flow into the ocean more quickly, contributing to sea-level rise.

“This calving event has been expected and is part of the natural behavior of the Brunt Ice Shelf,” Glaciologist Dominic Hodgson said. “It is not linked to climate change.”

When an iceberg breaks from an ice shelf, an adjustment in the flow of ice into the ice shelf follows, which may influence the behavior of other cracks in the area and contribute to destabilization of the Brunt Ice Shelf over time.

What’s everyone talking about? Sign up for our trending newsletter to get the latest news of the day