Boris Johnson is being urged to plough £5.5billion into creating a ‘green economy’ of parks and open spaces to turbo-charge Britain’s recovery from the coronavirus pandemic.

Bold plans to transform thousands of neighbourhoods and spend millions of pounds to upgrade neglected parks have been drawn up by the National Trust, charities and council leaders who say it would create a £200 billion bonanza in physical and health benefits for 20 million people.

The Prime Minister last week announced plans to ‘build, build, build’ Britain out of the economic slump sparked by the Covid-19 crisis and ‘level up’ the poorest areas of the country. 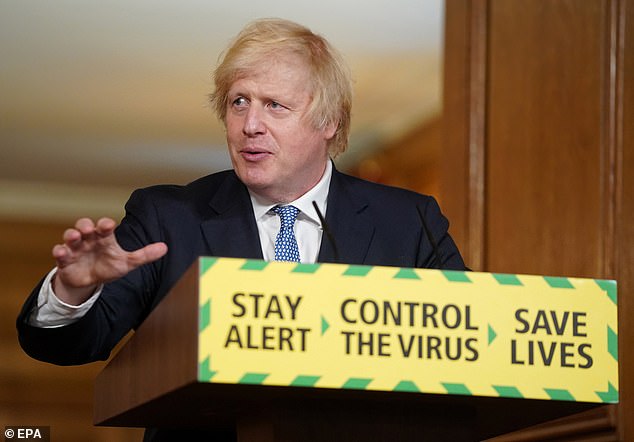 Boris Johnson (pictued) is under pressure to put £5.5billion into creating a green economy of parks and open spaces to help Britain recover from the coronavirus pandemic

But research published by the National Trust and partners argues ‘greening’ the UK’s urban communities would create an army of new jobs.

It calculates that the transformation of 9,200 neighbourhoods and ‘under-performing’ parks would give work to 40,000 people.

Experts from the consultancy firm Vivid Economics and planners Barton Willmore said £2.5 billion should be spent on giving ‘green streets’ and parks to 600 of Britain’s most-deprived neighbourhoods.

An artist’s impression of a street in the Harehills area of Leeds shows trees, grass and children’s play areas instead of the road.

Another proposal is to turn a ring road in Reading town centre into an urban park. Under the plan, new green boulevards and public squares could be established to lure people back to struggling high streets and city centres.

One idea is for a green, traffic-free corridor stretching from Manchester city centre to the countryside.

There are also suggestions for a new National Park for the West Midlands, which would create hundreds of miles of green space, conservation areas and cycle routes.

Andy Street, the mayor of the West Midlands, said: ‘The coronavirus pandemic has shown us just how important these spaces are, not just for physical well-being but also for people’s mental health.

‘Because of this, there is now real potential to achieve bold, green change in the next few years and this must be at the forefront of the Government’s mind as it begins to draw up recovery plans.’

Marvin Rees, mayor of Bristol, said: ‘We have exciting plans to create new city centre parks and turn some of our car parks into beautiful green spaces, like in Paris.

‘We also plan to transform and connect the city’s network of green spaces, working with business and community partners, but we need investment to unlock this potential and kick-start our green recovery.’ 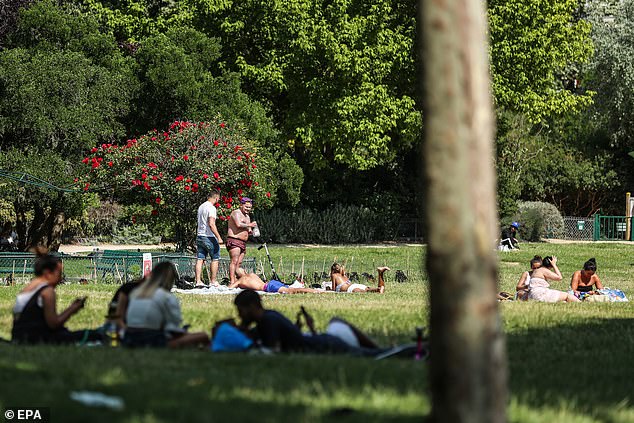 Campaigners have been encouraged by the popularity of parks during the pandemic, with some seeing a 300 per cent rise in visits.

Hilary McGrady, director-general of the National Trust, said: ‘We are calling for a major collaborative effort – for national Government, local councils, charities, businesses, communities and funders across our cities and towns to work together in new ways to bring nature and beautiful green spaces into everyone’s lives.

‘The Prime Minister could lead a transformation that enables all urban dwellers to live with beauty; a gift of renewal and hope comparable to the post-war creation of the nation’s great rural national parks and its urban green belts.’

The Mail on Sunday is campaigning to protect Britain’s parks, which often fall victim to vandalism, neglect and property developers who buy green spaces from cash-strapped councils.