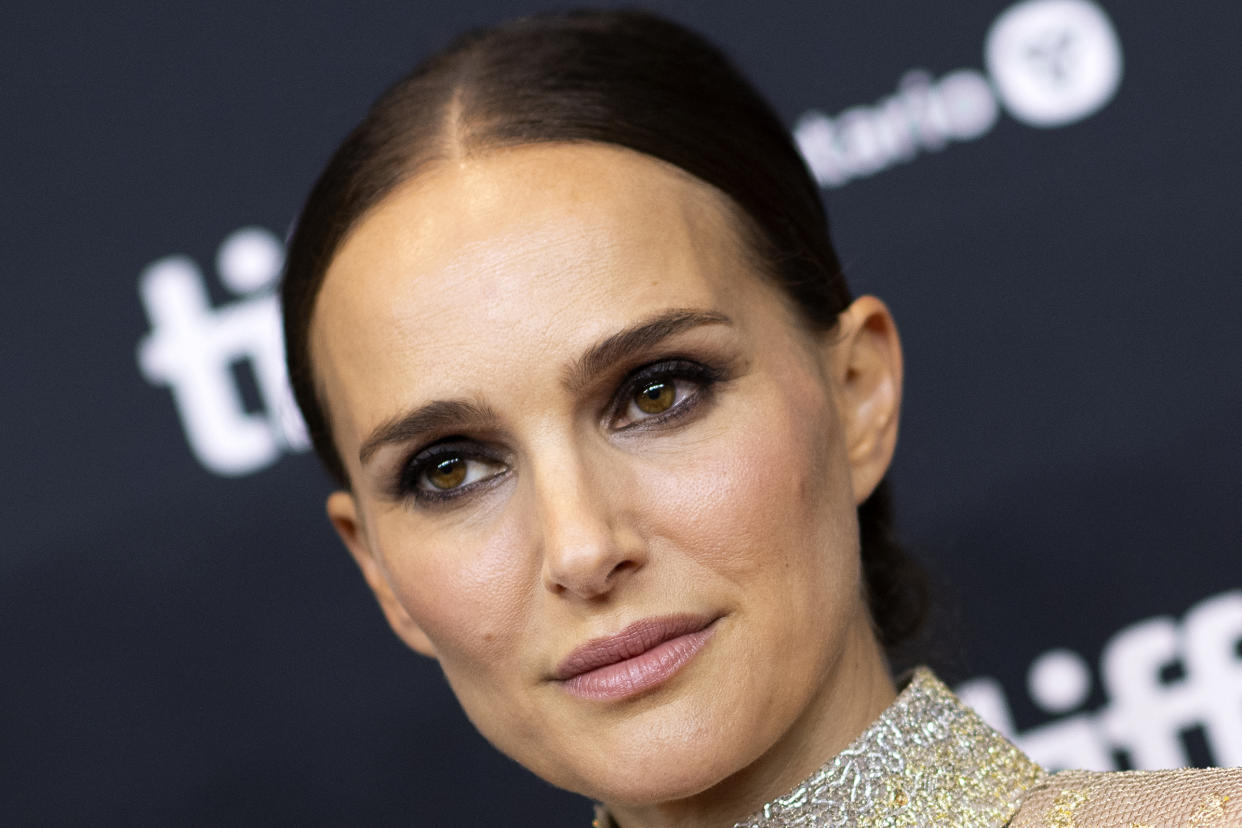 Natalie Portman is speaking out about the "re-emergence" of antisemitism in America.

"Seeing the re-emergence of antisemitism makes my heart drop," Portman shared in a text-only Instagram post. "This hatred must be combatted with boundless love for each other. Today, I send love to all my fellow Jews. And I send love to all those standing with us against these violent words and actions. It’s been painful and frightening to listen to, and I’m extremely grateful to those who continue to speak up against antisemitism with us, and against all forms of racism."

In her Instagram Stories, Portman shared additional comments, posting a screenshot and link to a Friday New York Times article titled "Hate Speech’s Rise on Twitter Is Unprecedented, Researchers Find," which explained that antisemitic posts referring to Jews or Judaism had increased by more than 61% in the two weeks after Elon Musk acquired the popular social media site. Over the screenshot, she wrote, "These numbers are horrifying. This is not freedom."

Musk has denied that hate speech has increased since taking over Twitter, but "did not provide underlying numbers or details of how he was measuring hate speech," according to the Times.

Portman added a tweet from President Joe Biden from Friday, which called Hitler a "demonic figure" and stated that political figures should condemn antisemitism. She also shared one from Vice President Kamala Harris, which read that "praising Hitler and denying the Holocaust is vile, appalling, and must be condemned."

Both statements came after rapper Kanye West, also known as Ye, made antisemitic remarks during an InfoWars interview last week. West was suspended indefinitely from Twitter last week for tweeting an image of a swastika inside the Star of David. The post was deemed to be an "incitement to violence," Musk wrote on Twitter.

Like Portman, antisemitic sentiment also prompted Amy Schumer to speak out on Instagram. In a post shared on Friday, the comedian noted that her community was "scared."

"I was bullied for being Jewish in the town I grew up in and was made to feel embarrassed for my Judaism," Schumer wrote. "Now I am proud to be descended from survivors of Auschwitz. There are less than 17 million Jews in the entire world. We don’t recruit. We don’t try and change laws to enforce our beliefs on other people [sic] bodies. Hug a Jew today. Antisemitism is harmful to Black people. Let’s look at who we are empowering."