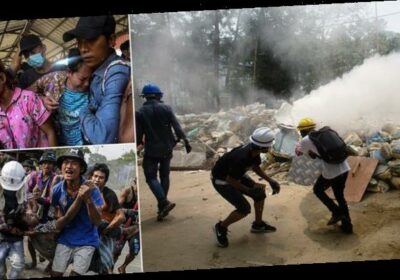 At least two people have been shot dead during protests in Myanmar’s largest city, as security forces continue with their violent crackdown against demonstrations.

Footage posted on social media showed crowds of protesters, some wearing hard hats and gas masks, running with the sounds of gunfire clear in the background. They used fire extinguishers as they ran, intended to smother tear gas and create a vapor screen against the police. 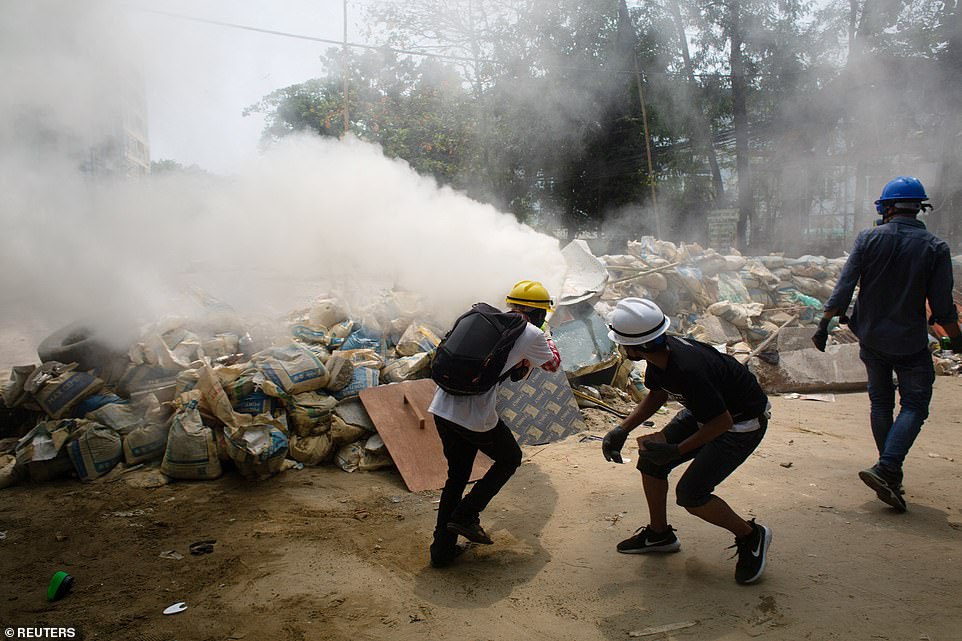 There were also reports that people were injured from both live rounds and rubber bullets, and that roadblocks were set alight by security forces.

It comes after the United Nations said Myanmar’s military are likely to be committing crimes against humanity – adding that 70 protesters had been ‘murdered’ since last month’s coup. Other unofficial tallies put the number of deaths since the coup at around 90.

More than 2,000 have also been detained, with allegations of torture and enforced disappearances.

The civilian leader of Myanmar’s government, Mahn Win Khaing Than continues to call for ‘revolution’ to oust the military who took power in the coup on February 1.

Currently in hiding, the acting Vice President, who is a member of deposed leader Aung San Suu Kyi’s political party, addressed the nation on Saturday, saying that ‘the dawn is close.’ 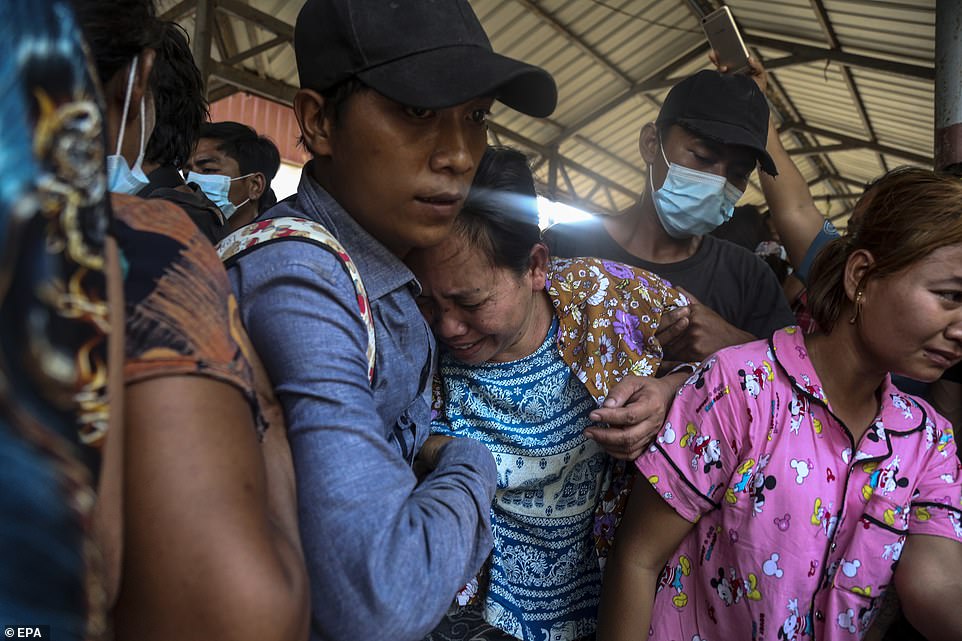 Families are grieving. Pictured, the relatives and friends of Ko Saw Pye Naing, 21, who died in the anti-coup protests 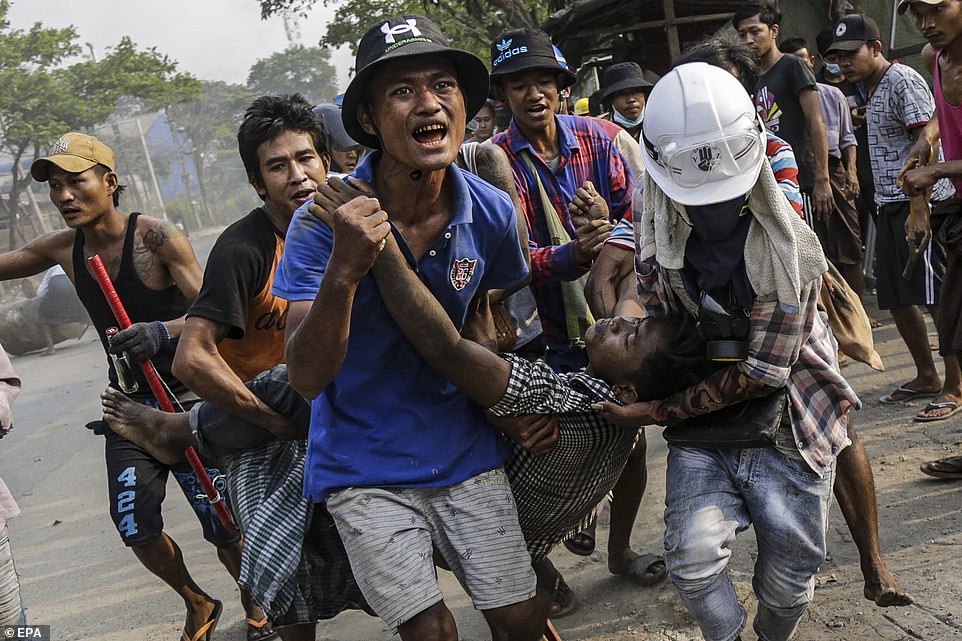 ‘In order to form a federal democracy, which all ethnic brothers who have been suffering various kinds of oppressions from the dictatorship for decades really desired, this revolution is the chance for us to put our efforts together,’ he said in a video posted on the shadow government’s website.

‘We will never give up to an unjust military, but we will carve our future together with our united power. Our mission must be accomplished.’

He ended the video, which was also shared on social media, with the three finger salute – the image that has become a symbol of resistance.

Elsewhere, security forces opened fire on demonstrators, killing four in Mandalay, the country’s second biggest city, two in Pyay and one in Twante, a suburb of Yangon. Details of the seven deaths on Saturday were posted on several social media accounts. 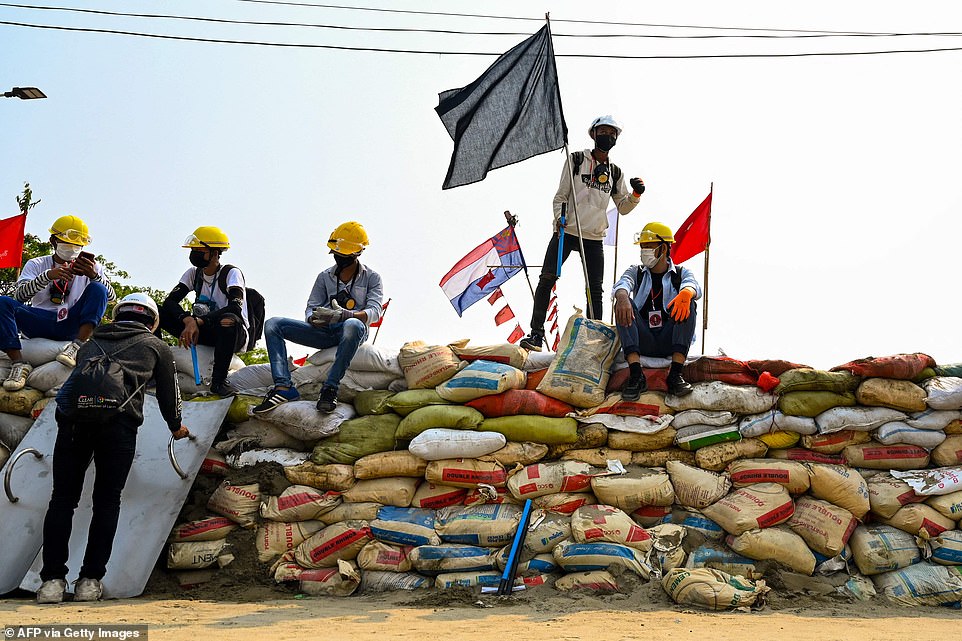 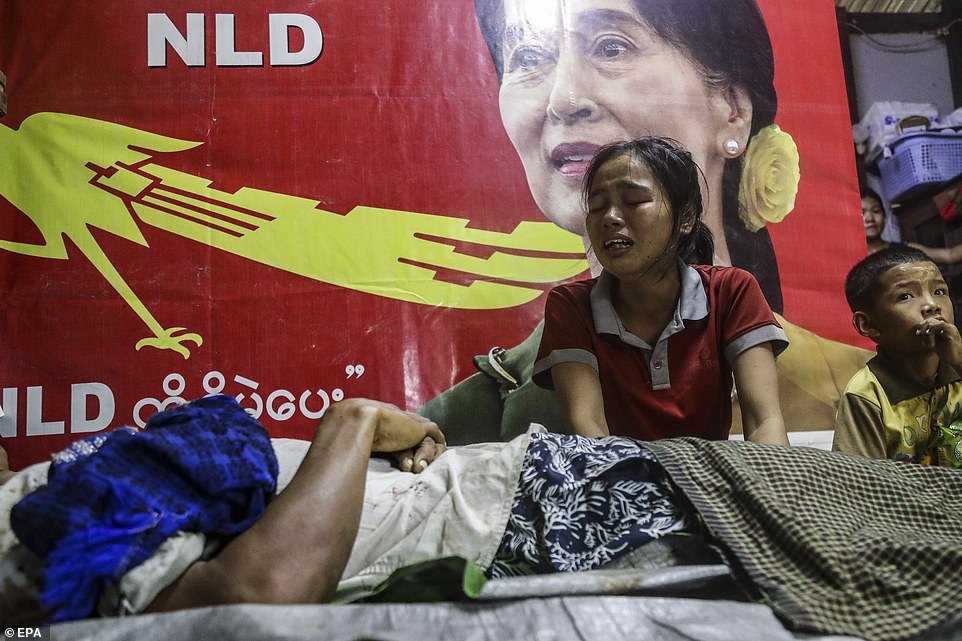 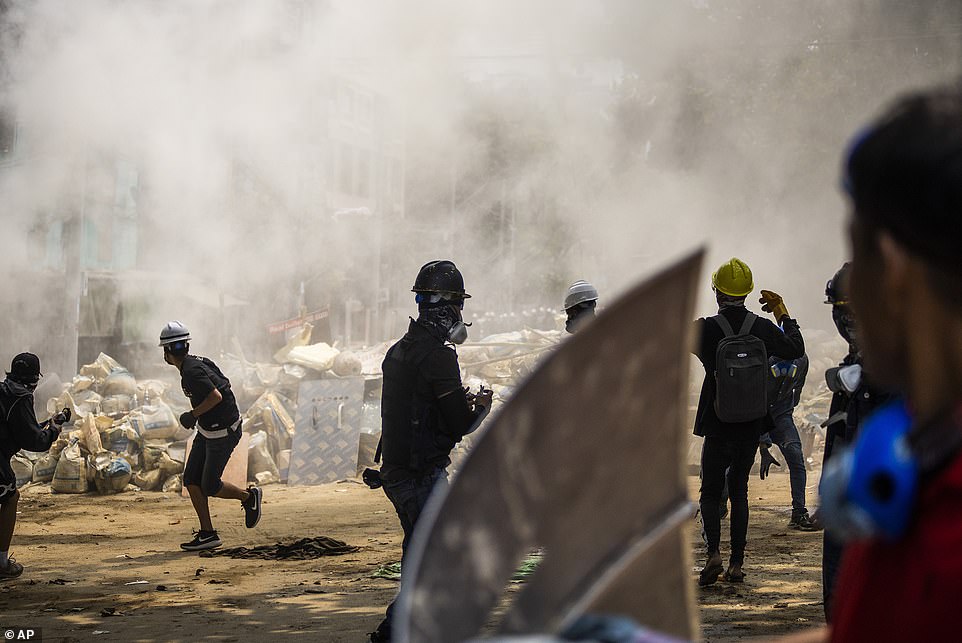 The death toll could be higher still after claims that police seized some bodies, and that some victims suffered gunshot wounds that staff at makeshift clinics may not be able to treat.

As many hospitals continue to be occupied by security forces, they are being boycotted in favour of makeshift clinics by medical staff and protesters.

Demonstrators in Yagon were not fazed by Saturday’s events, and gathered past the 8pm curfew to hold a candlelit vigil. Post curfew rallies were also held elsewhere.

Police are continuing patrol resident areas at night and carry out targeted raids. In at least two known cases, detainees have died in custody.