Home » World News » My Ukrainian brother was killed on the frontline

My Ukrainian brother was killed on the frontline 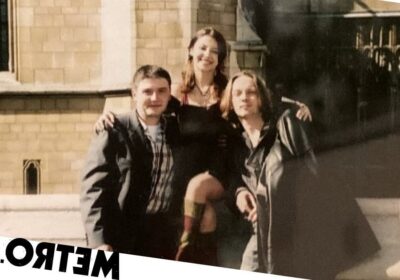 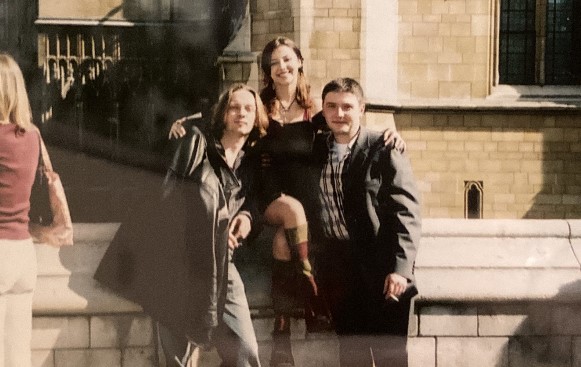 I was on the Tube to meet my friend in St James’ Park for a lazy Saturday coffee on a sunny day in 2017.

The Wi-Fi connection kept cutting out as the train stopped in the stations and new Facebook messages kept popping up on my phone. One came from the Ministry of Foreign Affairs of Ukraine. Another from a military journalist.

My heart sank. I knew something must have happened to my brother: a soldier of the Ukrainian Armed Forces who was at the frontline in eastern Ukraine.

I came out of the Tube and immediately phoned my mum. I told her about the messages asking to get in touch to discuss a matter related to my brother — they didn’t specify what happened — but she cut me short and said she had a phone call from Ukraine: our Volodya was killed at the frontline.

Volodya – my eldest brother. An artist, a traveller, an ordinary-extraordinary guy who had spent over a decade in the Netherlands and then returned to Ukraine.

He joined up voluntarily in 2015. A terrified sister, I tried to dissuade him. He said: ‘Little one, don’t you realise this is a European war. It just happened to start in eastern Ukraine’. I didn’t want to listen to him then. Those words ring loudly in my head now.

My brother was killed in the Luhansk region in 2017. He fought against the Russian forces when Putin pretended that they were not there, and the world pretended to believe his lie. Now, five years later, Putin has ordered to invade Ukraine openly and with gusto.

I’m not the only Londoner who has been profoundly affected by Russia’s war against Ukraine. There are many of us.

One might be sitting on the Tube right next to you. A Crimean Tatar academic whose homeland was illegally annexed by Russia in 2014, and whose people have since been persecuted, arrested, and sent to Russian jails.

Or a burnt-out volunteer from western Ukraine, who after her day job, works tirelessly to secure provisions for the Ukrainian army, the wounded, the orphaned children.

Or a hairdresser from South London who comes from Donbas.

Last time she cut my hair, she spoke Russian to me and I responded in Ukrainian. We are both bilingual, we just choose the language we’re more comfortable in.

Like me, she’s lived here for a couple of decades. In 2014, her parents and siblings packed up in the middle of the night when their town started to be shelled, and joined 1.5million internally-displaced persons (IDPs) in search of safety. They settled on a government-controlled territory, but still not far from the frontline.

Most IDPs land not too far away from home. Most hope to return. Her family has just moved again because the region is being shelled by the Russian troops that encircled Ukraine, and because Putin’s appetite gets more insatiable by day.

When Russia’s president proclaimed parts of the Ukrainian state as independent republics earlier this week, London-based Ukrainians organised yet another protest for the very next day.

I turned up in Notting Hill expecting to see the usual suspects – we’ve been doing this for eight years.

When I got there, however, I saw the tall walls surrounding the Russian Embassy engulfed by a sea of blue and yellow, and protesters from Ukraine, Belarus, Poland, Georgia (of course!) but also the UK, Australia, Turkey, the US, and some – though very few – from Russia.

As I travelled home, I thought of my brother.

The image of him I cherish is not in his military uniform. It is a picture of the three of us — Volodya, my middle brother Yura, and me — standing by the Houses of Parliament on the day Volodya came to visit us in the UK.

Long hair and a leather jacket over his shoulder, he looked so full of life. The life that was cut short by shrapnel in a trench in eastern Ukraine.

My fellow passengers on the Tube kept glancing at the blue-and-yellow flag I held in my lap. Not so long ago, few would know which state it represented. Now, the eyes that met mine expressed solidarity. It warmed my grieving heart. It made me feel less helpless.

We are not helpless: we can push our government for tougher sanctions, ensuring that the Russian state is fully isolated from the democratic world.

We can make our voices heard in Ukrainian solidarity demos all over the country. We can demand to close the channels of Kremlin disinformation, including the infamous RT with its offices in London.

As I was finishing this text yesterday morning, Russia started to bomb the peaceful cities of Ukraine.

This is a war for dignity and freedom. The death it has brought to Ukraine hurts in Kyiv, Paris, New York, Berlin and in London.