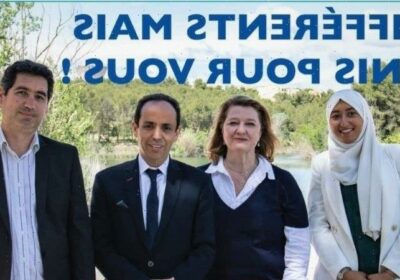 Paris: French President Emmanuel Macron’s LREM party is under pressure after dropping its support for a candidate because she appeared on a local election campaign poster wearing a headscarf.

LREM chief Stanislas Guerini said earlier this week that engineer Sara Zemmahi, the candidate running on a ticket in Montpellier, a southern French district, no longer had the support of the party as its values were not compatible with the “ostentatious wearing of religious symbols.”

That sparked a debate over the legality of the move and the values of Macron’s movement. 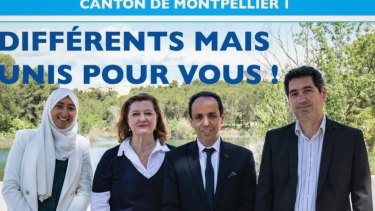 Zemmahi is shown in the poster for the June elections along with three other candidates under the banner “Different but united for you”. On the bottom, the poster notes the candidates stand for the “presidential majority”.

She was on a work trip and not immediately available to comment, Mahfoud Benali, the lead candidate on the list, said on Channel 8. He said he was “frankly pained by the decision”.

While France bans Muslim headscarves in classrooms, they aren’t forbidden in the public space or on campaign posters.

The dropping of Zemmahi comes at a difficult juncture for Macron as he tries to position himself in a perennial French debate over Islam with just a year to go to presidential elections. His main rival, the leader of anti-immigrant National Rally Party, Marine Le Pen, has taken a tough line with a call for an outright ban on the Muslim veil.

The situation is all the more problematic for Macron as Guerini first commented on the poster in response to a message on posted on Twitter by Le Pen’s deputy, Jordan Bardella.

Macron is expected to try to renew his mandate, and, if so, could find himself in a repeat of the 2017 race, facing off against far-right leader Marine Le Pen.

Bardella said in his tweet: “That’s the fight against separatism,” a reference to Macron’s priority effort to rid France of political Islam and extremists.

In a later tweet, Bardella said the Muslim headscarf was “contrary to all our values” and his National Rally party would “forbid it in public”.