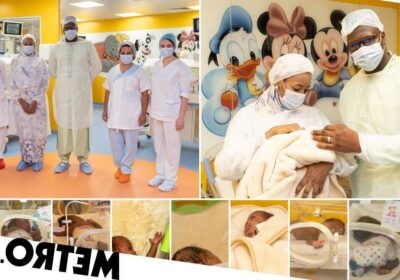 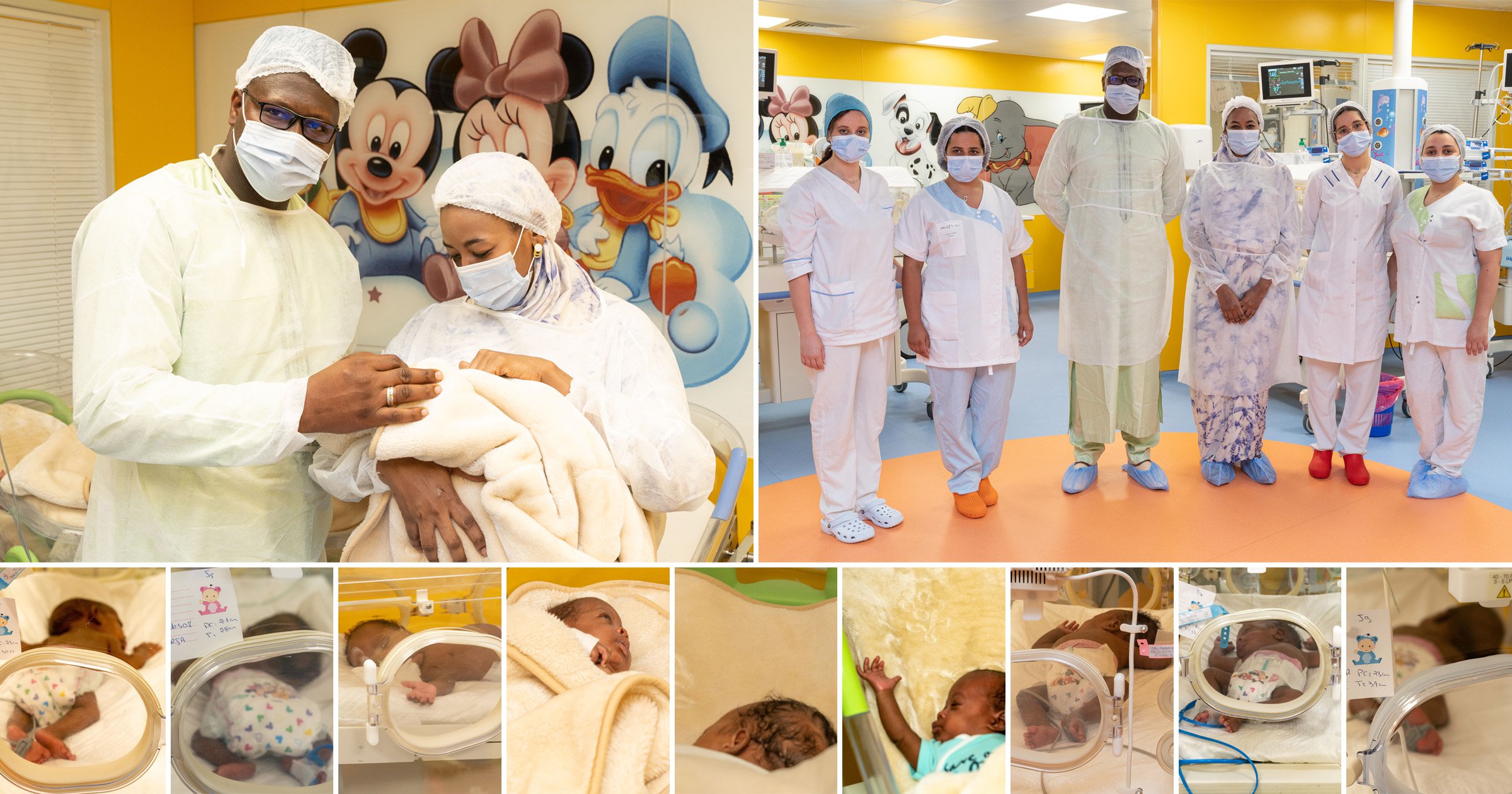 A woman who gave birth to a record nine babies says she felt like they were coming out of her ‘like an endless stream’.

Halima Cisse, 26, is still recovering after the arduous birth in a Moroccan hospital on May 5 while her nonuplets remain in intensive care.

Speaking to MailOnline, she’s revealed that the babies need more than 100 nappies and six litres of milk every day.

They only weighed between one and two pounds each when they were born and still require around the clock care, although their health is improving.

Halima herself is still too weak to spend more than 30 minutes with her children, twice a day, and spends the rest of the time recovering by watching TV and sleeping.

The massive birth was a shock to even her, as doctors had previously told her she was expecting seven babies and missed two on the scans.

She told the Mail: ‘As the babies were coming out, there were so many questions going through my mind. I was very aware of what was going on and it seemed as if there was an endless stream of babies coming out of me.’

Originally from Mali, Halima was flown to Morocco in the latter stages of her pregnancy to give her access to better care.

She’s only just been joined by her husband Kader Arby, 35, who was previously unable to travel due to Covid-19 restrictions.

The couple already have a daughter aged two and half and incredibly haven’t ruled out having any more children.

They only have a three bedroom house in Timbuktu, Mali and are looking for ways to accommodate all the new children when they are finally fit enough to return home.

Halima’s birth was one more than the current world record holder, Nadya Suleman, who gave birth to eight children in the US in 2009 and was dubbed ‘octomum.’

Doctors gave the babies a 50% chance of survival and it took 20 minutes to deliver them all via Caesarean section.

Professor Yousef Aloui, head of Ms Cisse’s medical team told MailOnline: ‘The health of some of the babies has improved significantly and not all nine need to be in intensive care. But we are keeping them there until all of them are stronger and to help them to bond.

‘This is the most incredible case that I have been involved in during my career. Our main challenge was to protect the babies and the mother, and I think we have achieved that.’